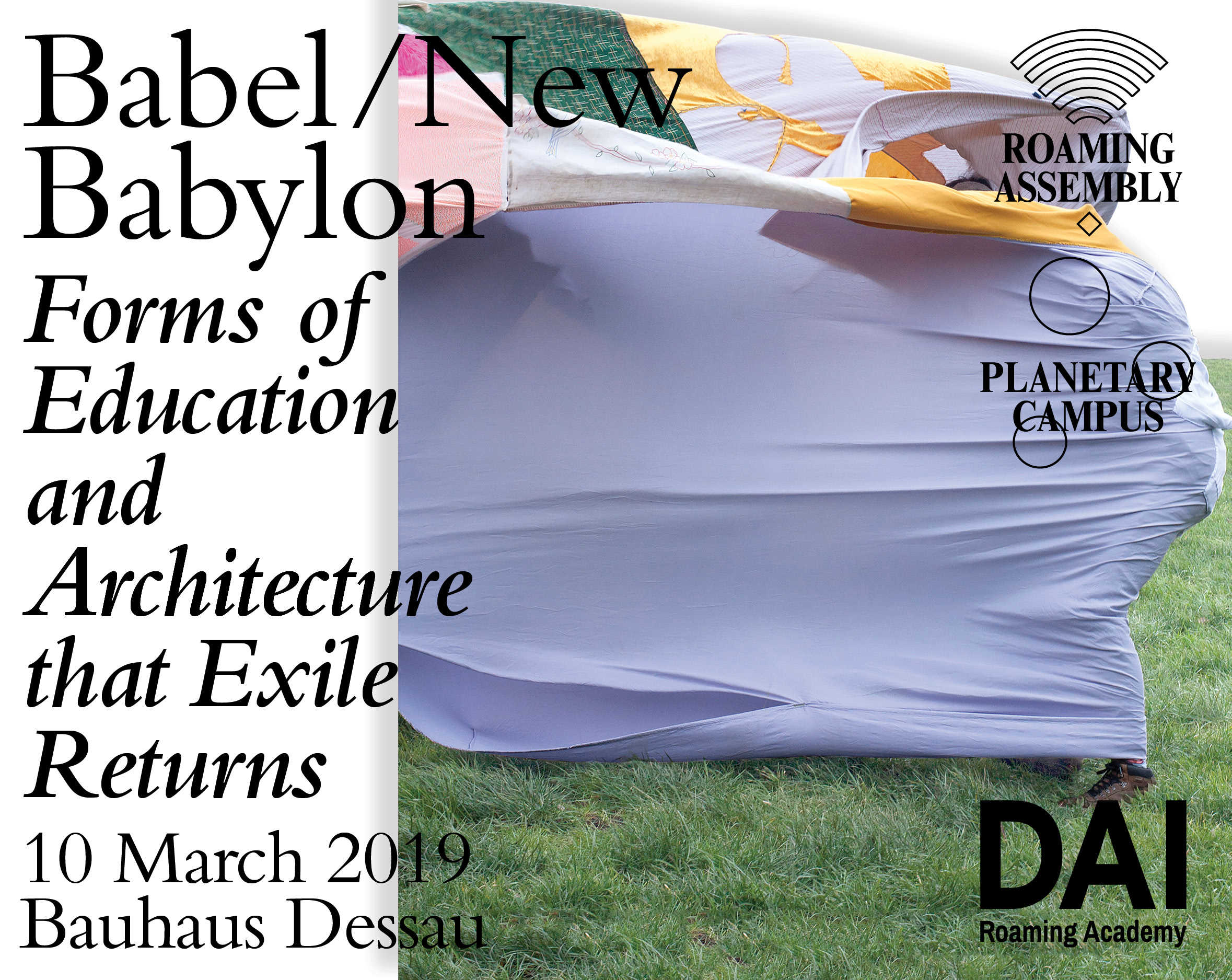 Convened by Pedro G. Romero and Leire Vergara with

and a textual contribution by Raoul Vaneigem ~ situationist.

It wouldn’t be hare-brained to place that which Nader Vassoughian calls Gypsy Urbanism, in the origins of the conception of space, of ideas, of things that we know as the Bauhaus. This “abusive” metaphor in which the people of Rrom take part, tries to designate the improvised and provisional architectures, the informal occupation of space within urban peripheries in Central European cities of the 10s and 20s of the past century, built and disposed for Gypsies most certainly, but also for Ukrainian migrant Jews or for displaced peasants from the entire Balkan area.

Without a doubt, the International Movement for an Imaginist Bauhaus, this swansong of the Bauhaus itself, also appears to be impregnated by Gypsy, Romany and Flamenco gestures. Projects like New Babylon and many "tools" of the Situationist International (such as psychogeography, derive, unitary urbanism) address these gestures as buried symptoms.

Babel/New Babylon. Forms of Education and Architecture that Exile Returns proposes to observe how those gestures, appearing at the beginning and in the end of that History with capital letters that refers to the Bauhaus, mess up, alter, stir and cross out, sing and dance the attainments and failures, with minor narratives, anecdotes, oral stories of almost, now most certainly, the bauhaus with small letter.

Situated in a variety of references in order to rethink the notion of modern space, the Factory workshop The art’s room conducted by Pedro G. Romero and Leire Vergara at the DAI has developed as a pedagogic space in which knowledge has been shared through a constructive process. The outcome derived from a patchwork of textile and textual pieces will create a specific scenography for Roaming Assembly#23 at the Bauhaus in Dessau.

Babel/New Babylon. Forms of Education and Architecture that Exile Returns aims to explore some of these forms, formless and deformed experiences that exile has left behind as real forms-of-life. These are not only forms that got lost, or not only a counter-political memory or the resistance of those who were defeated. They are also forms that can help to construct the present, so as to imagine the future.

Babel/New Babylon. Forms of Education and Architecture that Exile Returns will focus on the critical pertinence of Architecture and Education that since the meetings of "the congress of free artists" in Alba in Italy from 1954 - 1956, have re-emerged in many diverse forms: critical pedagogies, informal architectures, institutional critique, etc. A permanent exile of forms that time after time appear, disappear and reappear.

Roaming Assembly #23 Babel/New Babylon. Forms of Education and Architecture that Exile Returns aims to point to this ghostly psychogeography.

who will present a performance and reinterpretation with a Flamenco tone of Abeceda (1926) by Czech choreographer Milča Mayerová for the modernist verses of poet Vítězslav Nezval. Envisioned as a project for the creation of a new alphabet, Abeceda is ordered according to the letters of the Latin alphabet and conceived as a book and a collaborative work between poet Vítězslav Nezval, painter and typographer Karel Teige and dancer and choreographer Milča Mayerová. In tune with the avant-garde utopias of the interwar period, the work transfers the Latin alphabet into the body and movement of the dancer in order to sublimate the expressivity of language for overtaking its own limitations. Within its aspirations, it rested the creation of a new form of communication and artistic expression for the reconstruction of the world. Javiera de la Fuente takes the avant-garde basis of Abeceda as a departing point but employing the expressive, visual and rhythmic resources of Flamenco, another avant-garde, for the construction of two sentences pointed by the students during the Factory workshop that were composed from the reading of On the Poverty of Student Life: Considered in its Economic, Political, Psychological, Sexual, and Particularly Intellectual Aspects, and a Modest Proposal for its Remedy. A text first published in 1966 by students of the University of Strasbourg and members of the Situationist International.

14.20-14.30 Introduction to Babel/New Babylon. Forms of Education and
Architecture that Exile Returns by Leire Vergara

14.30-15.00 City of Gypsies: Spatial Grammar and Slang in The Architecture of
Moving Bodies by María García

Language and slang could be two concepts regarding the way of living that appear if we observe these two works by Moholy-Nagy in parallel: Architects’ Congress (1933) where  Moholy-Nagy documents the fourth CIAM (International Congresses of Modern Architecture) in which international architects set the basic "grammar" of modern architecture, and, on the other hand, Gross Stadt Zigeuner [Big gypsy city] (1932) a documentary about a gypsy community living on the outskirts of Berlin. Gypsies forms-of-life, their ways of dealing with appropriation and creation of space are constant issues that put in question Modern space. We can see that in many of the cases that have been explored in the project Machines for living. Flamenco and Architecture in the Occupation and Eviction of Spaces, from the Gypsy Urbanism by Otto Neurath, until the Cité du Soleil, the utopian city designed by Georges Candilis for a Gypsy community in Avignon, France.

Exile produces its own forms. If we think of “the New Babylonians”, the inhabitants of New Babylon by Constant, we will understand how those forms of exile have contributed to one of the essential elements of Modernity. During Bohemia, the avant-garde movements or counterculture there is a permanent morphological movement, an entire Nomadology. New Babylon is at the same time the peak of Modernity and its ruins. The Modernist ideal of the Bauhaus, for example, was assaulted by the “Babylonians” of the International Movement for an Imaginist Bauhaus and its ruin was dispersed throughout the world. Nowadays, in the times of cultural classes, exile is a main modern condition. The forms of exile, the jargons of the nomads are the only possibility against the Orwellian neo-language that spreads out around the world. A form of struggle against the algorithm.

15.45-16.15 Nomadism and The Transformation of Space by Francesco Careri

Since 2007, through a fruitful collaboration between the Department of Urban Studies and urban art laboratory Stalker/Osservatorio Nomade, we initiated the research "Nomadism and the City" on the housing situation of the Roma in Rome, first with a long exploration and mapping of slums along the river, official camps and squatter settlements, presented at the Milan Triennale in the exhibition "The Naked City", and later with the construction of the prototype housing "Savorengo Ker-the house of Everybody", built together with the Roma Casilino 900 with the financial support entirely borne the DIPSU, presented at the Venice Biennale in 2008 and 2010. This research has produced two documentary films, several scientific articles, and most recently the curating of the dossier "The dwelling of Roma and Sinti in Italy", in "Urbanistica Informazioni" n ° 238/2012, and the book written with Lorenzo Romito Stalker/Campus Rom, Altrimedia edizioni, Matera 2017.

We Eat Circles And Drink Squares is a collaborative production developed in the context of the Factory workshop The art’s room.

16.45-17.50 The Situationist Critique of Situationism by Sergio Ghirardi (with the textual contribution From Predatory Education To Human Learning by Raoul Vaneigem, 31 January 2019)

Sergio Ghirardi will share a short story of the Situationist International related to the participation of Raoul Vaneigem and the autonomous development of his critique of The Society of Spectacle, from his first writings including particularly Avviso agli Studenti (Advice to the Students) to the last one Contribution à l'Emergence de Territoires Liberés de l'Emprise Étatique et Marchande (Contribution to the Emergence of the Liberated Territories of the State and the Right of Passage to the Merchant) just published in October in France, 2018. Ghirardi has translated into Italian this last contribution by Vaneigem which in fact is very connected with the present French situation and has been published in France as a pamphlet. The Italian version will be published in Italy in the beginning of June 2019.

One of them is the Roaming  Assembly, a recurring public symposium scheduled to take place four to five times per year, functioning as it were as the DAI-week's 'centerfold' event. This state-of-the-art speculative and hybrid program explores specific themes and topics of contemporary relevance to the thinking of art in the world today.

Senior coordinator Planetary Campus: Nikos Doulos (feel free to contact him if you wish to join our communal dinner following Roaming Assembly. Dinner costs: 10,00 euros to be settled by cash on spot).

For this edition of our Roaming Assembly we want to express our heartfelt gratitude to the Bauhaus in Dessau for hosting us. We particularly want to thank Regina Bittner, Katja Klaus and Philipp Sack for their generous support.

The DAI's affiliation with the Bauhaus in Dessau will extend to the conference  school FUNDAMENTAL taking place in Dessau from March 20 - 24, 2019.

Roaming Assembly #23 is organised in collaboration with Bulegoa z/b - office for art and knowledge based in Bilboa and partner of DAI since 2018. 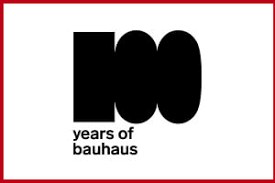 If you want to receive the DAI's newsletter on a regular base (no worries, not more than a few times per year) you are welcome to register here.