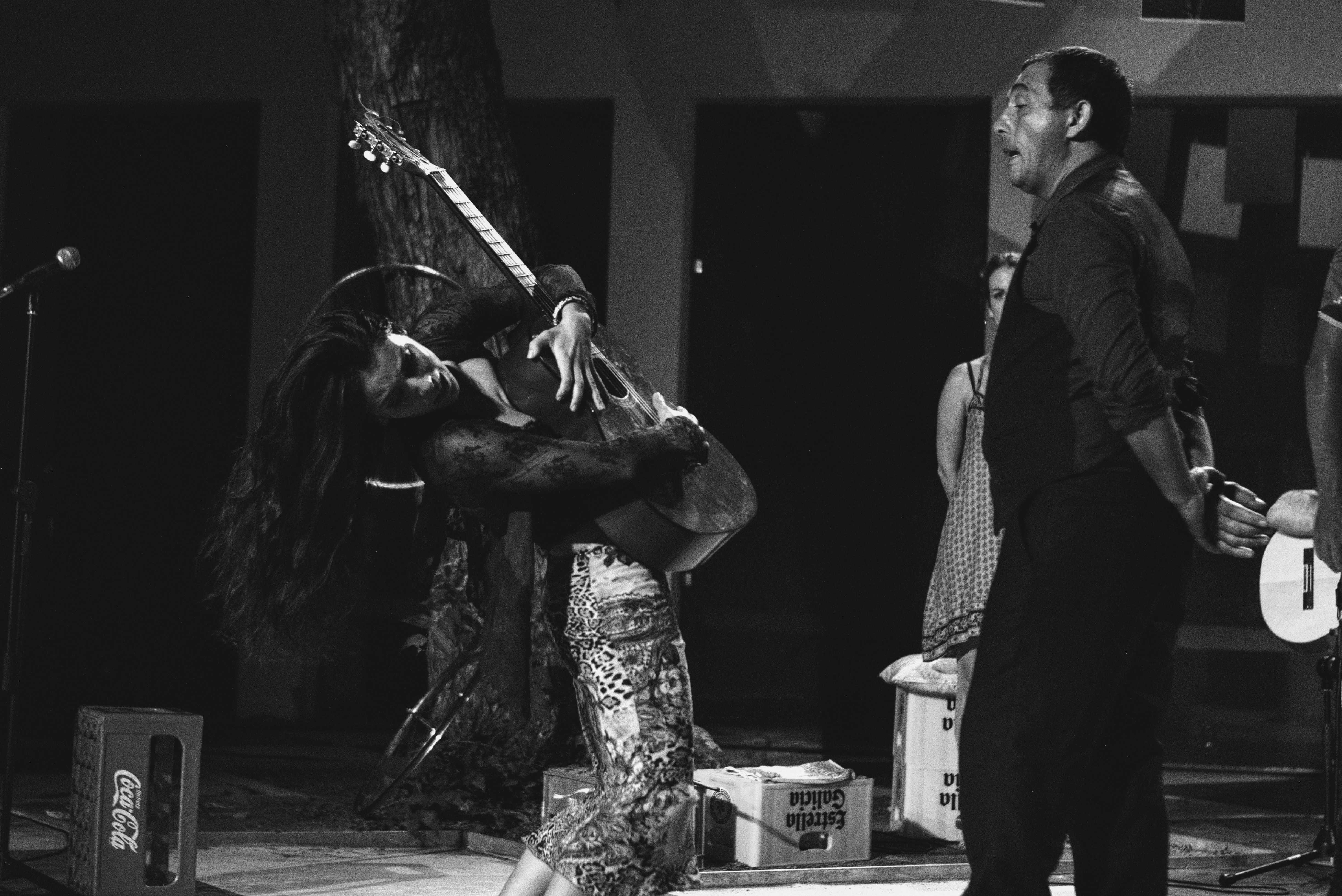 Javiera de la Fuente is a Flamenco dancer from the Sevillian school and an independent researcher. Some of her works have derived in hybrid forms like scenic conferences. She brings dialogues between Flamenco, performance and contemporary dance and has collaborated with artist Pedro G. Romero in the project Machines for Living since 2014 in Secession (Vienna), Württembergischer Kunstverein (Stuttgart) and MACBA (Barcelona). She has contributed as dancer and researcher at the Independent Platform for Modern and Contemporary Flamenco Studies with El drama de una realidad sur, co-directed by Belén Maya in 2017 and participated in the 21 Grados-CICUS (University of Seville), with the performance Farruca de las afueras, also in 2017. She has also performed as interpreter in the theatre piece Amazonas (Lorca Prize 2018 with the Theatre Company Andanza-Atalaya). In 2018, she has been part of the performance Persecución for the Flamenco Sevilla Biennial. She played a role in the film Las Sabiasby Pedro G. Romero and in the film Nueve Sevillas by Gonzalo García Pelayo. She also collaborates in the curatorial work of Sala de Ensayo with Pedro G. Romero in the Alarcón Criado Gallery in Seville, where she has been a resident artist for the production of the pieces El drama de una realidad sur, Envioletá- una obra flamenco por/para Violeta Parra and the reconstruction of the performance Aire del Mar by Darcy Lance.