The Van Abbemuseum presents POSITIONS #6: BODYWORK ~ five interconnected solo shows by acclaimed artists who coincidently all happen to have been, in one way another, briefly or for an extended period of time, connected to the DAI: guest tutors Laure Prouvost, Praneet Soi and Zach Blas, DAI Faculty 2017-2019 Navine G. Khan-Dossos and Ajla R. Steinvåg who was a student at the DAI between 2003 and 2005 and is now making her museum solo debut in Eindhoven. The exhibition is curated by beloved former DAI faculty Nick Aikens and Yolande Zola Zoli van der Heide as well as by Diana Fransen and Charles Esche. 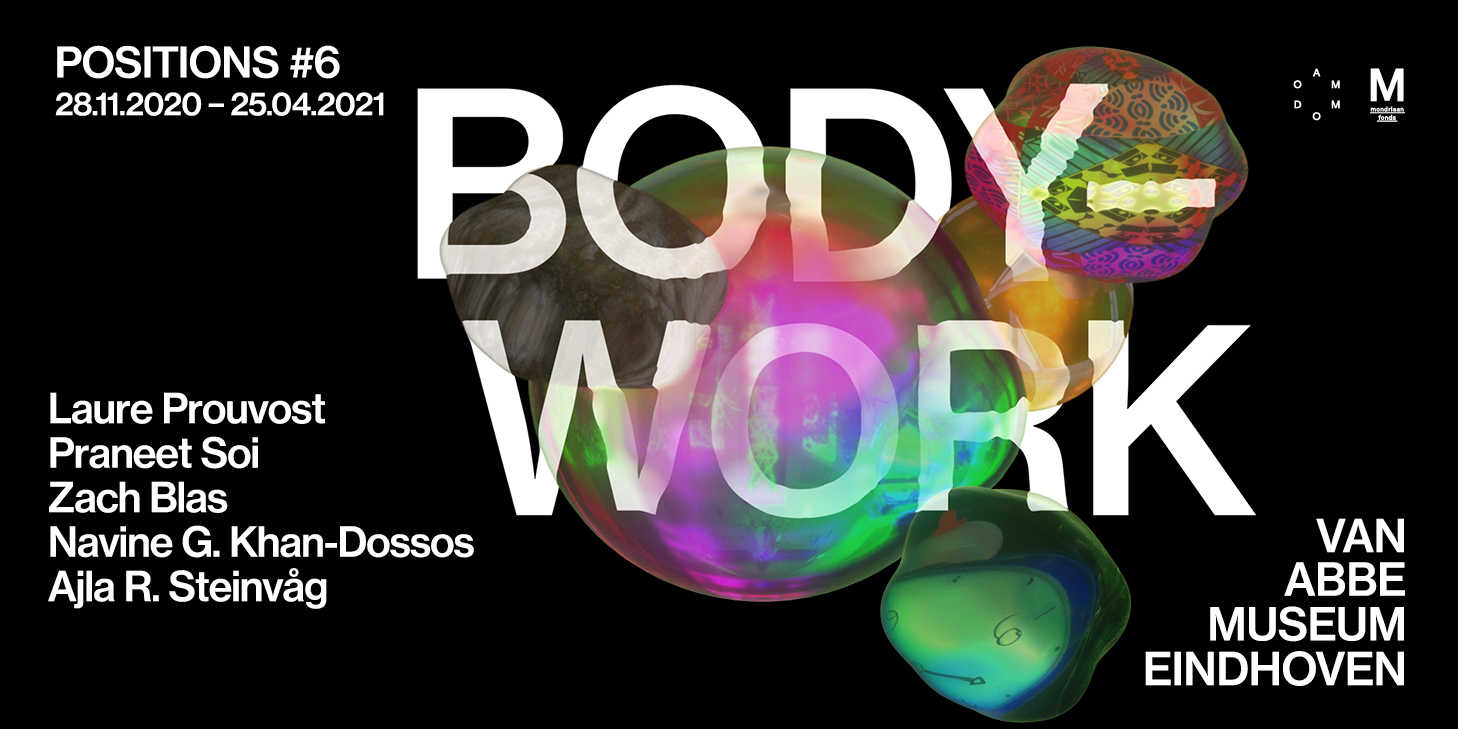 With a range of geographical backgrounds and forms of expression, the five artists in Bodywork each find a unique way to relate to the human body and shed their light on its malleability. The effects are humorous, hallucinatory, clinical and revealing.

Rather than looking at the body as a natural given, the artists survey the culture in which our bodies operate. They explore the social engineering of the body, (mis)communication, vulnerability, and the effects of technological developments on both the individual and society as a whole. The very diverse artistic visions in Bodywork are manifold, they heighten your senses and challenge you to expand your understanding of the human body.

Positions is an exhibition format in which (generally) five solo-projects enter into dialogue with one another throughout the ten rooms of the old building of the Van Abbemuseum. Each artist has the opportunity to use two rooms. Many of the works are made specifically for the exhibition, others are developed in collaboration with art institutions across the globe.

Laure Prouvost (1978, France) presents a new work in which she uses objects, images and sounds, and spoken and written words to engage in a game of learning with your senses.

In the installations Centurion and Anamorphosis: Notes from Palestine, Praneet Soi (1971, India) brings together his research into the different types of labour, architecture and immaterial heritage found in Eindhoven and Palestine.

With his installation The Doors, Zach Blas (1981, United States), draws the visitor into the world of psychedelics and smartdrugs, which are used in Silicon Valley to realise top experiences and top performances.

Navine G. Khan-Dossos (1982, Great Britain) made 100 paintings measuring 1 x 1 meter in response to the murder of the journalist Jamal Khashoggi in 2018 and the corresponding media reports.

With the visually confronting installation Interbody, Ajla R. Steinvåg (1975, Norway) draws attention to the notion of the human body as material and the ethical issues that are associated with that.