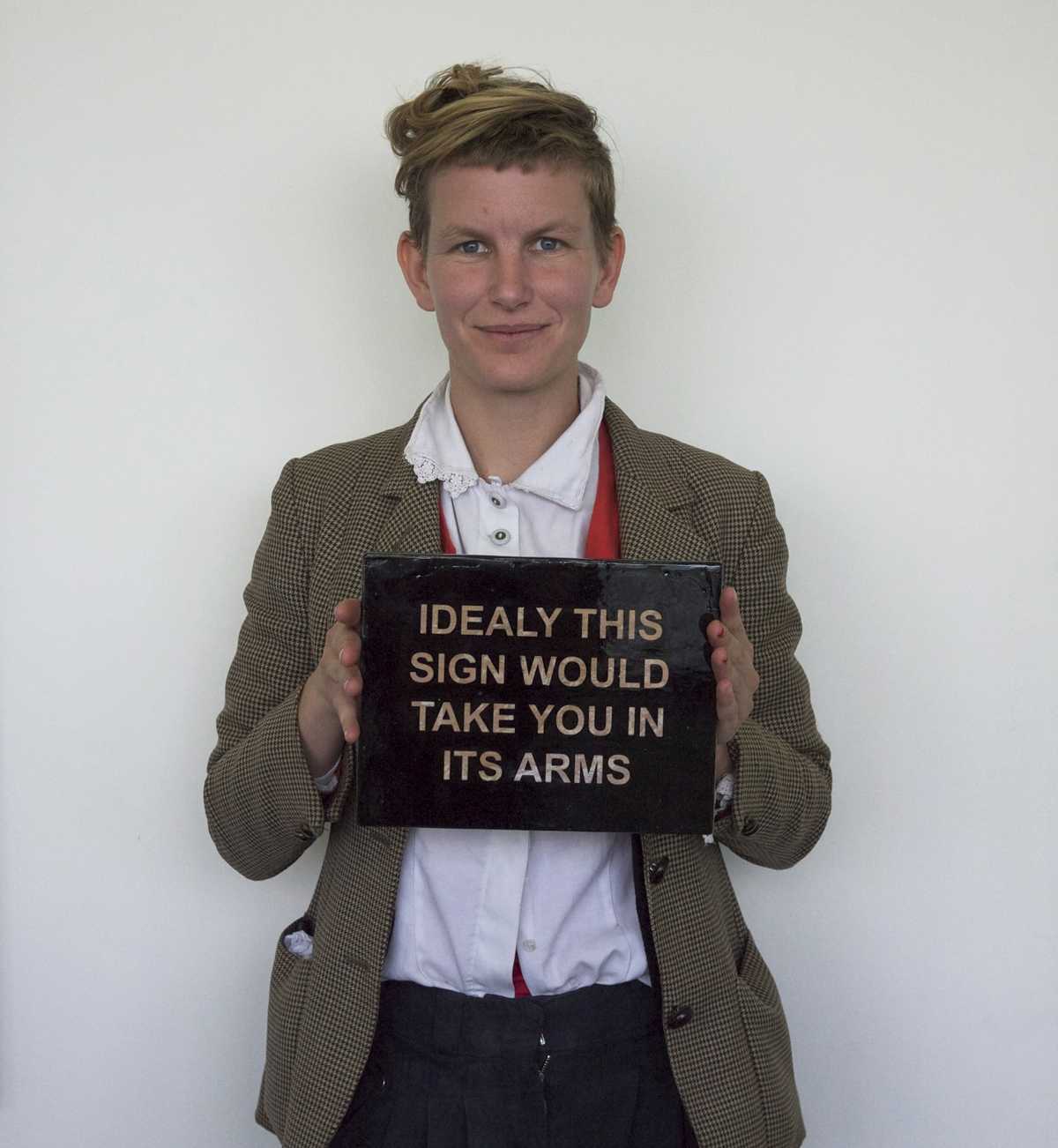 Laure Prouvost (1978) is a French artist who lives and works in London. She was winner of the Turner Prize 2013 for her exhibition 'Farfromwords' at the Whitechapel Gallery, London, which toured to Collezione Maramotti, Reggio Emilia, Italy and her film installation Wantee, as part of 'Schwitter's in Britain', Tate Britain, London. The artist combines language and images to construct invented storylines that seduce and disturb, whist exploring the slippage between fiction and reality.

Recent solo exhibitions include her first US solo show 'For Forgetting' at New Museum, New York 2014, 'It Heat Hit', HMKV, Dortmund, 'The Wanderer', Gallery TPW, Toronto both 2013. 'Why Does...',  MOTInternational, London, 'The Artist and the Bunker', Shanaynay, Paris (all 2012)