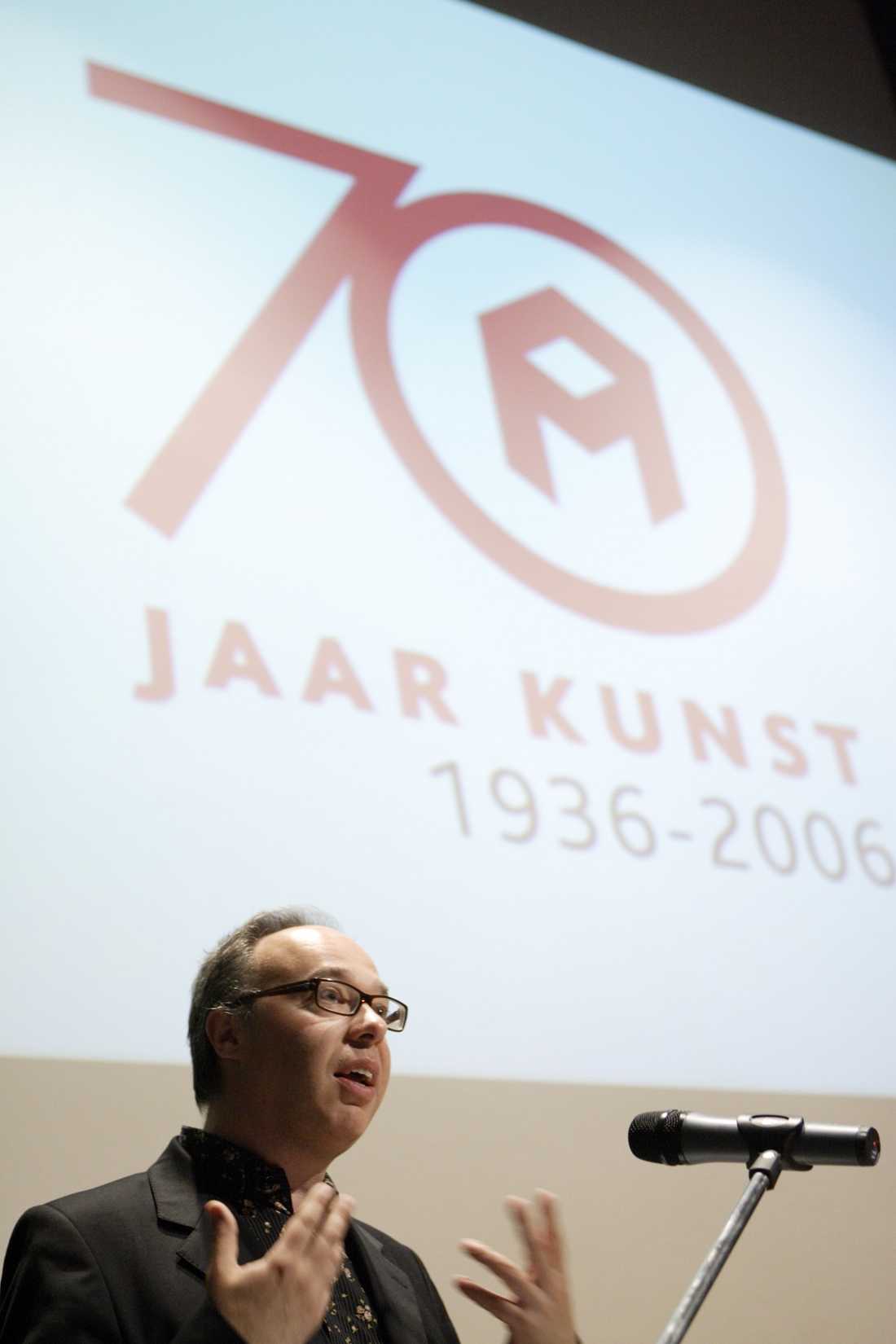 Charles Esche is a curator and writer. Since 2004 he is Director of the Van Abbemuseum, Eindhoven and editorial director of Afterall Journal and Books based at Central St. Martins College of Art and Design, London.

His main work has involved working on the constitution of art institutions, most recently the museum in the Play Van Abbe project (2009-2011). He was instrumental in projects and exhibitions like Picasso in Palestine (2011), Heartland (2008-2009), Be(com)ing Dutch (2008) and Forms of Resistance (2007). Under his directorship, the Van Abbemuseum has created a European network called L'Internationale, a co-operation with six European institutions and artist archives. In the last years, he curated major exhibitions including the Slovenian Triennale in Ljubljana in 2010, the 2nd and 3rd Riwaq Biennial, Palestine with Khalil Rabah in 2007 and 2009; the 9th Istanbul Biennial 2005 with Vasif Kortun, Esra Sarigedik Öktem and November Paynter and the Gwangju Biennale 2002 in Korea with Hou Hanru and Song Wang Kyung, in 2014, together with Galit Eilat, Nuria Enguita Mayo, Pablo Lafuente and Oren Sagiv the 31st São Paulo Biennial and most recently the Jakarta Biennale 2015.

Together with Will Bradley Esche co-edited the reader Art and Social Change published by Afterall and Tate Publishing. He also co-edited a reader called "The Netherlands, for example" with Rosi Braidotti and Maria Hlavajova for the 2007 Venice Biennale. A selection of his texts was published in 2005 under the title Modest Proposals by Baglam Press, Istanbul in Turkish and English, edited by Serkan Ozkaya.

Charles Esche at the DAI:
The Autonomy Project
Useful Art
Using the Museum