DAI as Degree Program: what is its official status ? 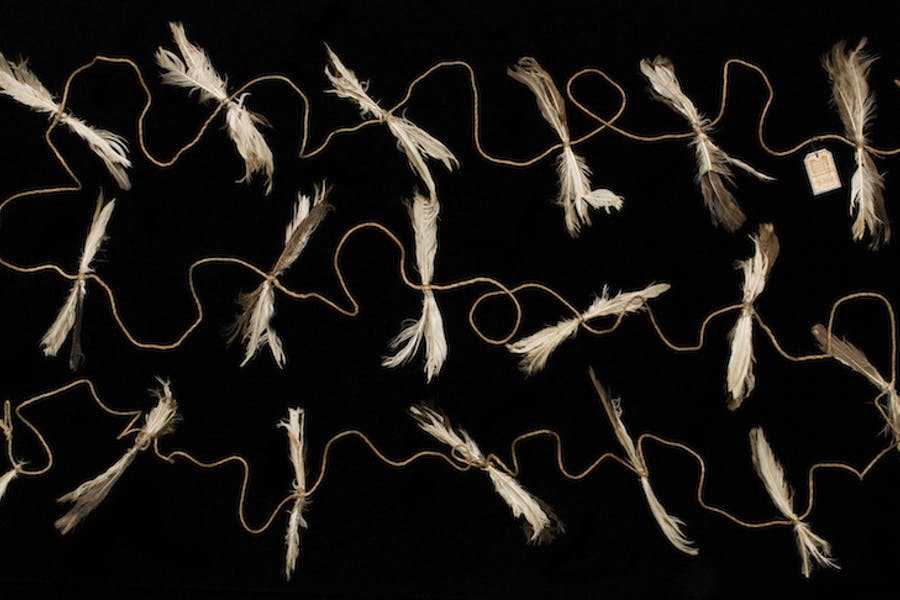 Students will graduate with a recognized Degree, only if they are enrolled in an accredited Degree Program. The well known Dutch residencies, such as the Rijksacademie in Amsterdam, the Jan van Eyck in Maastricht, the Ateliers in Amsterdam and BAK in Utrecht, do not fall in that category, even though, the word "academy" in Rijksacademy suggests otherwise and even though their activities are often phrased as "talent-development", or related to the educational turn in the arts, or to artistic research or critical study. The Rijksacademie, the Jan van Eyck, the Ateliers and BAK are funded as residency programs by the so-called "Culturele Basisinfrastructuur" (better known as the BIS) of the Dutch governement which comes with a distinguished set of requirements, conditions and privileges. Simply put: at these Residencies the individual residents or fellows or participants are eligible for funding (for example by the Dutch Mondriaan Fund), but they will not receive an accredited degree certificate from any of those institutions. For enrolment at a Dutch Degree program embedded in a University of the Arts you will always have to pay a tuition fee and, as a student in general you will have to develop your own funding strategies. After succesfully concluding your BA or MA studies you will receive a Degree Certificate which has been registered in line with international regulations and this will grant you the right to pursue an MA or a PhD at academic institutions worldwide.

The Accreditation Organisation of the Netherlands and Flanders

The DAI (which came into being under the name Dutch Art Institute at the beginning of the 21st century) went through its first official accreditation process in 2007 as an earmarked MFA-program with an independent CROHO registration. The outcome was succesful and from that moment onward the overriding ArtEZ University was entitled to issue recognised MFA certificates to those who had succesfully concluded the DAI's study trajectory.

Since official Degree certification has to be renewed every seven years, the DAI embarked on its second accreditation trajectory in 2014, again as an earmarked MFA-program with an independent CROHO registration. This time it proudly presented the international accreditation committee during two full days with in-depth insight in the DAI's unique modus operandi and in return the committee was incredibly positive about the DAI, considering its profile to be excellent, exceptional and inspirational to art education in the Netherlands and abroad. Read more about Accreditation 2014.

In 2016 we have been confronted with the quite shocking news that ArtEZ, without our consent, succesfully applied for a so-called "planning-neutral conversion" of the DAI's independent Croho registration, together with that of our colleagues at the Werkplaats Typografie and two different Fashion Master programmes of ArtEZ. The NVAO states that: "Dutch higher education institutions may amalgamate two or more programmes registered on the Central Register of Higher Education Programmes (CROHO) into a single new, broad-based programme. NVAO assesses the amalgamation into a single new, broad-based programme without requiring the institution to undergo initial accreditation; this is the so-called planning-neutral conversion." After this "planning-neutral conversion" the official name of the broad programme became Master in Arts of Fine Art and Design of ArtEZ - bringing together the programs Fashion Held in Common, Fashion Strategy, Werkplaats Typografie and DAI Art Praxis - bien étonnés de se trouver ensemble.

The Degree certificate now is the same for all students enrolled in these four programs:

Master of Arts in Fine Art and Design under Croho registration 49114.

Our sole "consolation" was that a similar "planning neutral conversion" was imposed on programs at the Piet Zwart Institute in Rotterdam and the KABK in the Hague, while at the Sandberg Institute in Amsterdam this amalgamation of programmes had been acquired already many years before. Most probably the Sandberg Institute's modus operandi in this regard has been inspirational to the powers that be at several Dutch Universities of the Arts and it seems they have all teamed up strategically to implement this sweeping action, speculatively connecting new definitions issued at a national level in the Educational Profiles for Fine Arts and Design to our curricula. The nebulous concept of "broad-based programmes" perfectly fits the neo-liberal overwriting of higher education, where courses gradually become permeable and interchangeable, and where the heavily paying student at its best will be treated as a client in a supermarket.

We have tried our utmost to resist the, to us completely incomprehensible move: why give up on the, at least according to the authoritative Dutch"Keuzegids Masters 2017" "best master program of the Netherlands" ?* In our Multi-Annual plan of 2016, we brought our concerns to the fore. Our claim was and is that, if "MFA" as Degree was doomed to be taken out of the Dutch CROHO registration system, this would be the perfect moment for ArtEZ to  take the time to research, together with DAI, what the appropriate, globally communicable, innovative Degree registration for our specific program could be, taking in consideration that

a.we are a unique, thriving program, which can boast a strong reputation among our peers world wide and a quite substantial (60 in total) carefully curated student body: we welcome artists, performance artists, writers, curators, thinkers, theatre makers, composers, urbanists or architects, film makers, photographers, dancers, choreographers, activists, designers or, and this is most likely the case, a hybrid of (some of) these or otherwise.

b.we use "the space of art" for the development of our experimental curriculum at the intersections of art & theory, both seen as un-disciplinary fields. The Dutch Education Profiles for Fine Arts and Design and the CROHO registration they constitute, are not adequately reflecting the core of our curriculum. Certainly, there is, some common ground to stand on, but for the near future we intend to explore the possibilities for a different, more apt, much better theorised registration in the CROHO register, that will enable us to finally give out a certificate that truly reflects the innovative work we as students, alumni, tutors and partnering institutions have been developing together since nearly two decades.

On the somewhat sunnier side

Having said all this: so far the conversion has NOT influenced, let alone changed DAI's ways of studying together. The DAI as an outspoken and highly authentic program rocks as never before and the Graduate School of ArtEZ has promised to support our ambitions as much as it can.

In practice, Fashion Held in Common, Fashion Strategy, Werkplaats Typografie and DAI continue to operate and to position themselves as distinguished entities with unique curricula and very specific artistic, socio-cultural, political and affective ecologies - occassionaly meeting each other in the larger formal context of the the newly erected Graduate School of ArtEZ.

While still not understanding, let alone endorsing the rationale behind the entire profoundly top down "planning neutral" operation, but nevertheless set to comply (for the time being), we recently had to commit to a, for DAI, entirely new accreditation experience: a forced joint venture between the four programmes, this time the overriding profile text for the 4 programs compiled, written and steered by the management of the overriding ArtEZ Graduate School.

Read more our most recent accreditation: