Since when (and how and where) does the DAI exist? 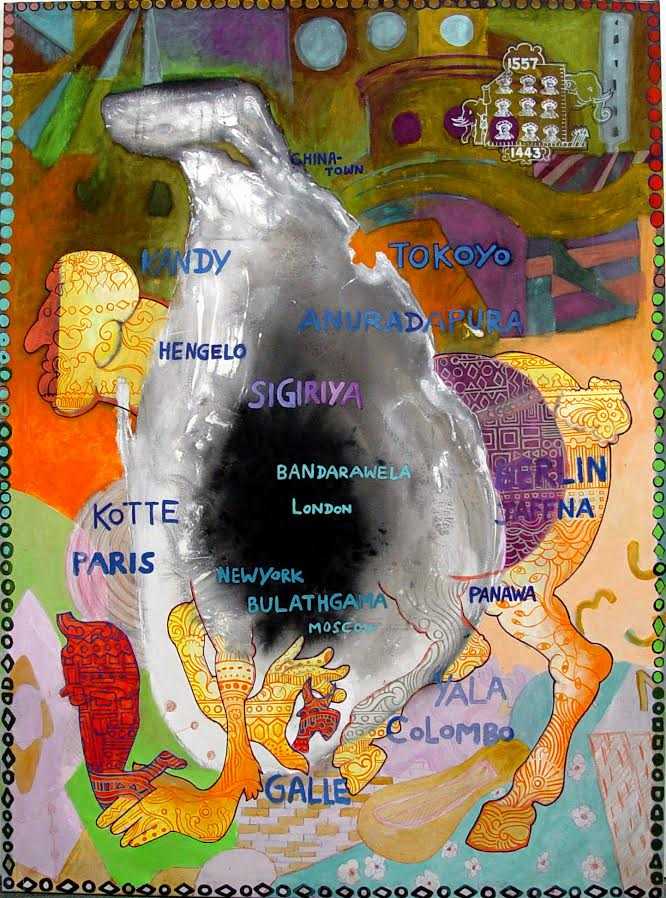 "The minor works the major from within". Erin Manning in Minor Gestures.

Both the Dutch Art Institute as well as its current overriding structure, the  ArtEZ University of the Arts came into being as a result of the merger between 3 formerly independent art schools in 3 different, relatively small cities in the East of the Netherlands (Arnhem, Enschede and Zwolle); a turbulent proces that started in the late nineties, in general known to have been a decisive era in the long history of education. It brought the gradual encapsulation of small scale institutions by large "Edu-Factories", the latter often managed as corporations; with ever more power for boards and, by means of ongoing structural reconfigurations, lesser and lesser formal sovereignty for departments and programs (no longer earmarked by the state). Today this proces of the neo-liberalization of education is still part and parcel, veiled or openly, of the ideology of formal art education, even though it has been widely protested and resisted, both by the ongoing boom in alternative self-organised structures for art education outside of the Degree system, as well as from within.

Campus in the woods outside of Enschede

The pocket-sized Dutch Art Institute first presented itself under that name around 2000 when resources from the former postgraduate programs called 'AKI 2' in Enschede and the 'Ateliers Arnhem' were brought together in a tentative way. At that moment in time, DAI was housed at the campus of the befriended University of Twente (located in the woods outside of Enschede), in a building shared with the bachelor programs of the AKI (Academy for Art and Industry, founded in 1946 in Enschede, nowadays also part of ArtEZ). The DAI in its early days was set up as an entirely studio-based, postgraduate program with a strong focus on "fine arts" understood in their conventional context and referencing "Dutch" painterly tradition (classic, modernist, contemporary) as guiding inspiration, thus making itself attractive to a small group of students from abroad, mainly from Asia, next to Dutch and German students.

Here As The Centre Of The World

From 2002 onward, under the directorship of Gabriëlle Schleijpen, the DAI's current experimental and in contrast to its given name, anti-nationalist profile and course structure started to be developed, leading to official MFA accreditation in 2007 and the succesful renewal of this status in 2014.The great advantage of the DAI's early years in Enschede was the relative disinterest of ArtEZ in the content development of the curriculum of such a minor entity: the at that point freshly amalgated ArtEZ University was entirely occupied with its own make-over as a major institution, amidst a lot of defiance against forced assimilation of what, before the merger, were used to be proud and independent academies. This allowed DAI and its, by then already quite diverse  international student and tutor body, to take time to freely experiment: doing and undoing things at the intersections of art and theory, meanwhile attempting to move away from the Eurocentric context of Dutch Art education. These were the days of DAI's two-year long collaboritive project Here As The Centre Of The World. Its iterations in Beirut, Damascus, Diyarbakir,  Khartoum and Taipei and Enschede (where a grand finale brought young artists from the 6 cities together), catapulted DAI into the global scene and opened up many thought provoking, life-changing conversations with emerging practitioners, operating in the periphery of, or even outside of given art worldly hierarchies.

In 2010 the DAI team decided to leave behind studio-spaces and "splendid isolation" in Enschede in order to move closer to "the lion's den" in Arnhem, home to the headquarters of ArtEZ University, thus intentionally making DAI more visible to the Executive Board. DAI, emboldened by the program's growing reputation, was ready to demand more solid recognition for its distinguished profile and to critically engage with the politics of the larger institution. Interestingly enough, the board of ArtEZ supported the move and provided DAI with a temporary building, which came to be known as the "Kortestraat Masters building" in Arnhem. Two (of the four available) office floors catered for few improvised open classrooms and a tiny kitchen/cantine. In fact the building was not at all suited to accomodate the growing community of DAI-learners, a majority of them with embodied practices. Although it lacked all the facilities that are conditional for the sort of collective learning moments that the DAI was providing, the building in Arnhem nevertheless served its purpose: DAI caught the attention of the Board and began to receive a bit more substantial backing. It was not difficult to accept that studio-spaces were no longer available: with the succes of the DAI-Week structure it didn't make sense anymore to claim permanently available individual space for students who were coming together for one full week per month and were anyway more interested in conversation and collaboration then in a room of one's own.

After 7 years of dealing with the less than ideal spatial issues in Arnhem, DAI proposed to radicalise its already quite outspoken profile of partly roaming academy (with many projects happening all over the world. See: PAST) by giving up entirely on a fixed building at one fixed location. If quite a number of DAI's students and tutors are traveling from Athens or Berlin etc. to attend DAI-Weeks, why then not temporarily move the school closer to Athens and Berlin etc. not only every now and then, but regularly?

In 2017 the board of ArtEZ accepted the concept of the Roaming Academy as a pilot for future developments within the wider university and granted the DAI-community permission to self-organise its gatherings at changing locations. Any village or city (including Arnhem) where a temporary school with a knack for improvisation can be welcomed and accommodated with enthusiasm, could potentially be on the DAI's map: the possibility for 80-90 people to work, sleep and eat for the duration of a DAI Week, being the prerequisite for becoming a landing station for the Roaming Academy.