Yes. That is true. 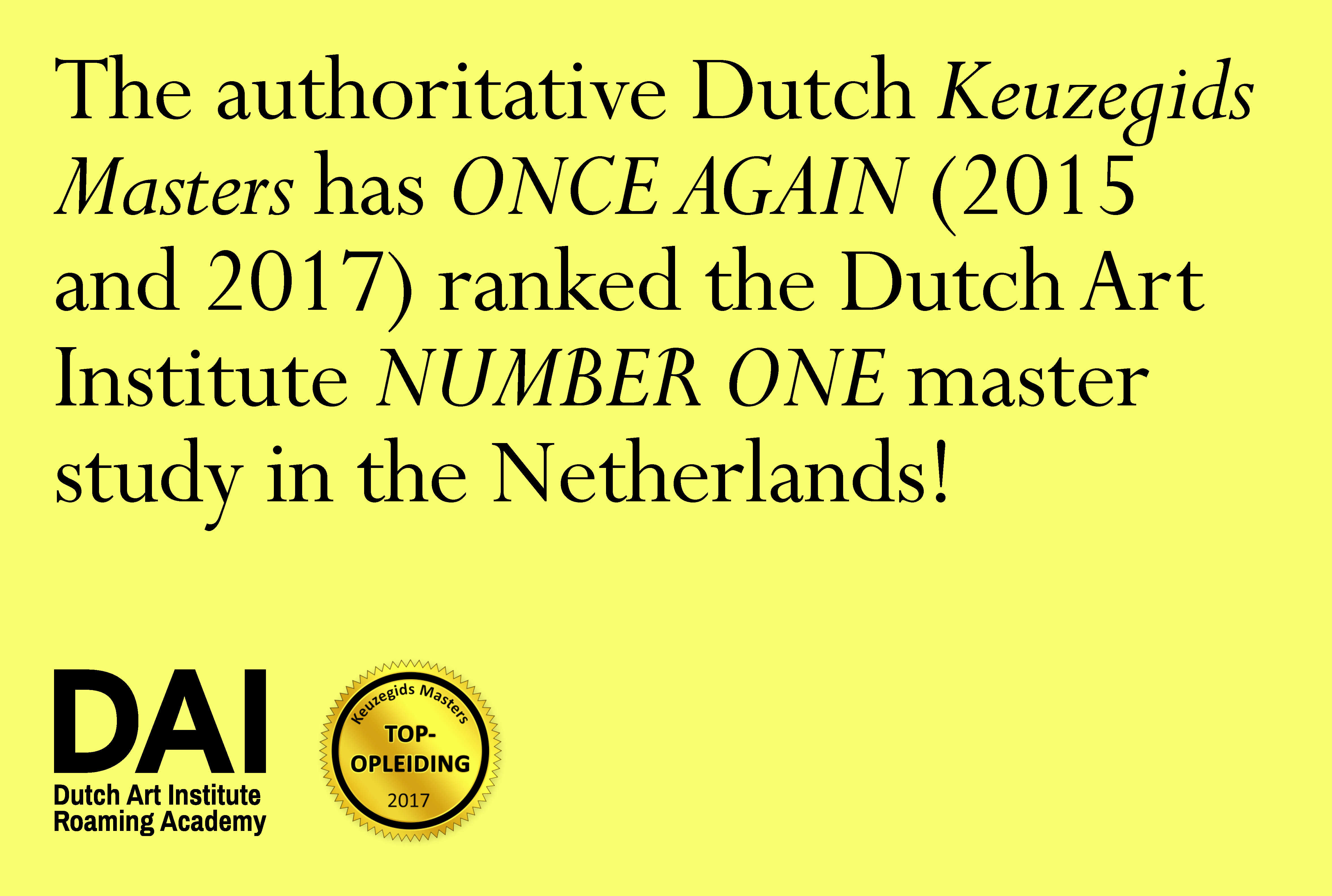 February 27, 2017:  the authoritative Dutch "Keuzegids Masters" (an independent survey of all accredited Dutch master programs in sciences and applied sciences, based on the National Student Survey 2016 in combination with the external experts' analysis for the Netherlands Flemish Accreditation Organisation) not only re-newed the Dutch Art Institute's qualification as "TOP RATED PROGRAMME" (a certificate of excellence we had already acquired in 2013, 2014, 2015 and 2016 but also brought us back on top of their ranking, as the number ONE on their list (the leading position we also earned in 2015).

In other words: we have again been classified as the VERY BEST master's course of all Dutch Universities (WO) and Universities of Applied Sciences (HBO) !!!

THANKS TO THE ONGOING AFFECTIVE AND EFFECTIVE CRITICAL COMMITMENT AND CARE OF OUR AMAZING ALUMNI, STUDENTS, STAFF MEMBERS & FREE LANCE COLLABORATORS, TUTORS & GUEST TUTORS AS WELL AS OUR LONGSTANDING PARTNERS: DAI IS BY ALL MEANS 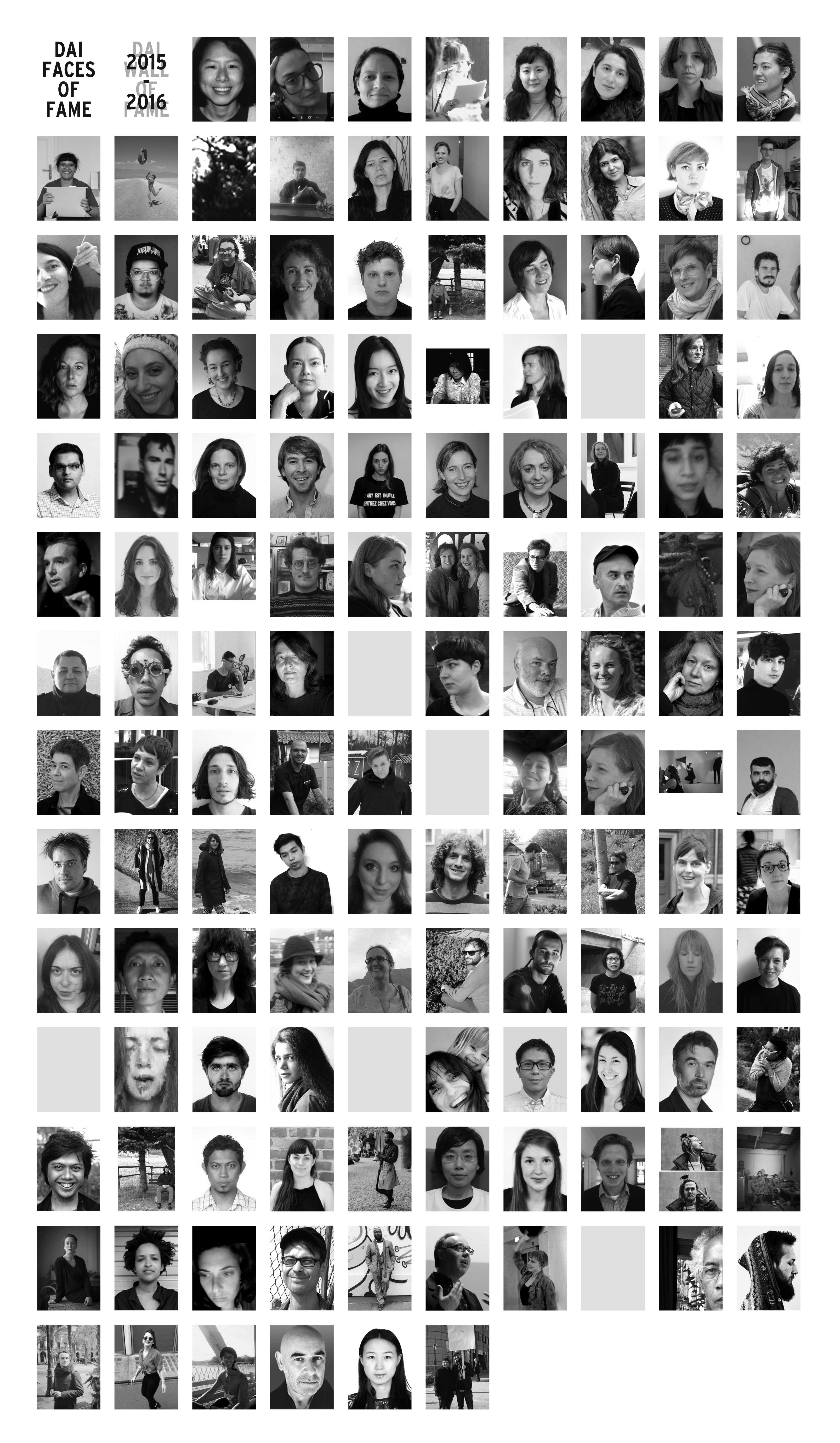