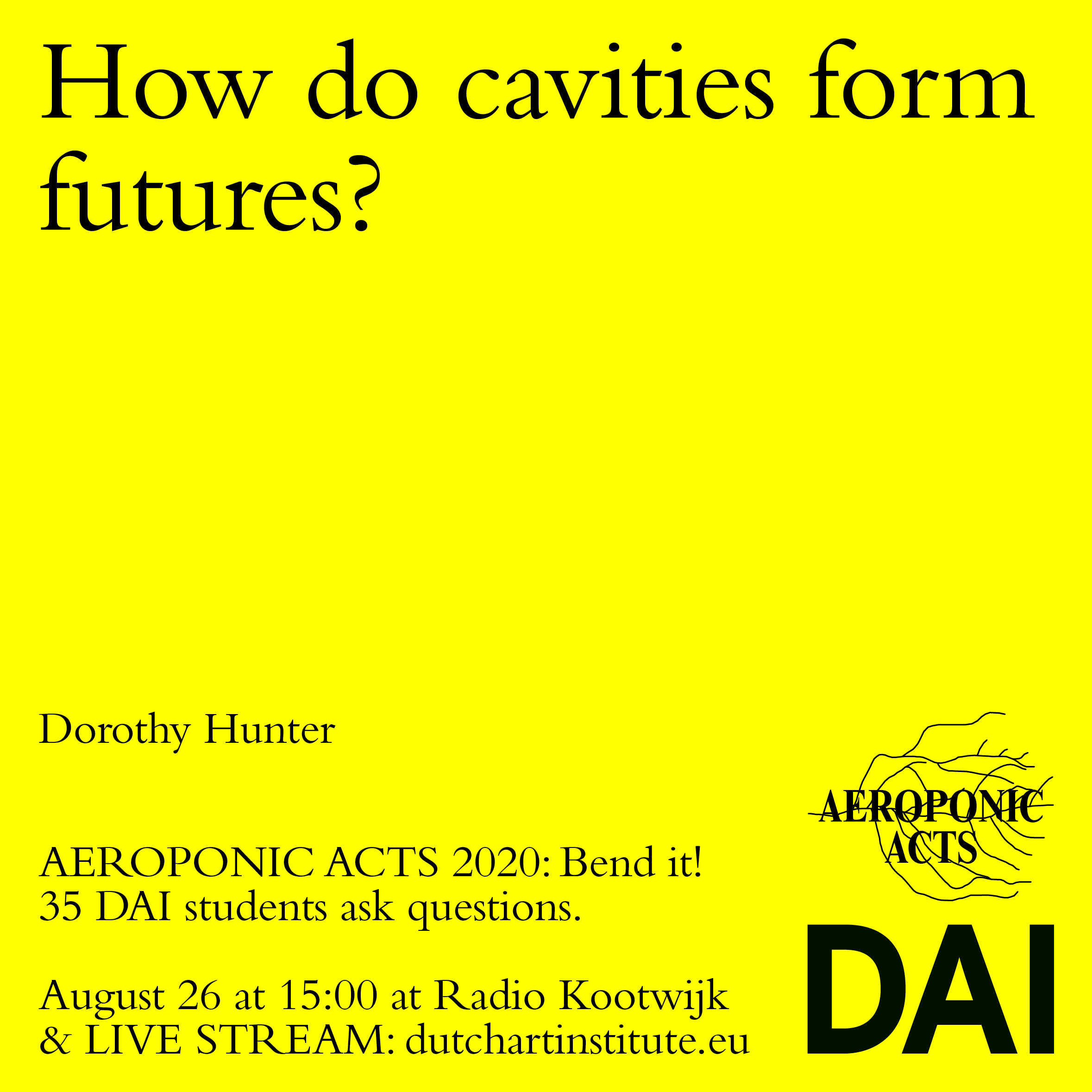 Here you will find the documentation of Dorothy Hunter's presentation as filmed by Baha Görkem Yalım. The written report is by Bethany Crawford and it includes a summary of the comments by esteemed guest respondents.

Intro: The Marble Arch Geopark is the only transnational geopark in the world, with around 60 undiscovered kilometres in its subterranean cave network. It is comprised of the British and Irish state, a UNESCO designation process, and a lynchpin show-cave near the state boundary. Damp Coolth considers knowability, representation and subterranean political landscaping.

The presentation consists of a spoken text, with two still images on the screens: one of a cave, the other of a natural wall. The narrator maps the shifts and repetitions of a landscape as she drives through it, punctuating the descriptions with details of the filmmaking process. She presents the tensions between ‘being on the way to something’ and travelling with no purpose, the visible and the invisible, and the differences between knowing how and intuitive knowing. The narration traverses geographical formations of subterranean caves and glaciers, geological time and borders that intersect with her visit to the Damp Coolth site. The still images, although static in the background, shift with the changing context and framework of the spoken text. The essay discusses condensing large scales for the benefit of learning, in practices of quantification with which the natural world does not comply, questioning what kind of knowledge we could access if we give ourselves more time.

Hearing the artist read the text and looking at the images, Adam Szymczyk said there was a feeling of being barred access to the system she introduced. He found her report on the subterranean cave network opposed the visual wall that didn’t let us in. The phrase ‘about the nature of borders’, pointed to an important subtext on how borders only make sense together as an integrated system that supports itself in each instance of the border. Going through these borders is difficult and pertinent. Recalling a seminar last year, he found it interesting to think of an art space as an undefined space, ex-territorial, or on the border, while she described this subterranean world. He referenced a Greek architect who proposed bringing the museum into the human-constructed cavities at the Acropolis to flip perspective or think through perceived negative space.

Amal Alhaag said the still images forced us to listen, with the essayist using the classic voice-over as authority and how we are forced to come along the thinking and the processes of thinking around a multiplicity of topics. She thought about geology and theology, punctuated with borders as a potential space for that, natural or not. There is a duality to the artist’s question, ‘How do cavities form futures?’, said Alhaag, as it can be thought of as ‘how do human cavities work?’ and ‘how does that relate to the geological or the environmental cavities?’ Alongside disregarding elements from the wars, how they were pushed into this hole because humans have no solution, she found this inability to actually shift this border interesting – even if wanting to perform a different form of citizenship they’re impossible to move. The soothing authority of the voice pushed the viewer into a tunnel of thoughts and words, with little space to step out of it, which she found a compelling way to narrate. She thought about how so much was about not knowing, the ability to not know and how it’s okay to not know. This she felt resembled the current global situation we are in, and the question: How does one think from a position of not knowing?

Amit S. Rai made a diagram of a cavity, fascinated by the partial object’s presence and absence, paradoxical and generative. He felt an impending doom to what the artist wrote, and in its delivery – the encroaching economic and ecological collapse, the ongoing race war – as depressing and good, a mood of address that left him unsettled in good ways. He wondered if one could think of communication as a type of cavity, which draws the attention in and releases part of it that is just now there, an interesting strategy. He loved the line ‘you come across strange things on country roads’ as an invitation to explore what cavities are and noted their importance as a form of the future.