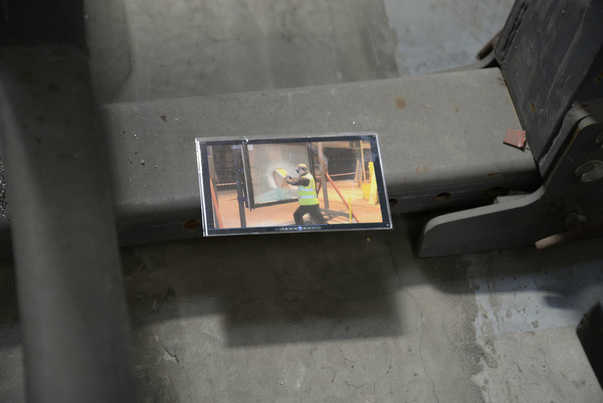 Dorothy Hunter’s work is based on research into architectural moments of contention, which she transforms in skilfully executed sculptural installations, or by means of photographic archives. For example, Deconsecration is a series of images of ‘former church buildings re-purposed as private, public, or commercial premises in Northern Ireland’. A church building reconverted into a carpet store, or a Borough Council, speaks volumes about the movement of rural populations to cities combined with the ongoing, gradual secularisation of a religious society being seen in the nature of its re-use. The remains of Dublin’s monument Nelson’s Pillar after an IRA bombing that left no victims could possibly come to signify a symbolic act, which Dorothy uses as one reference point in her installation Unassigned Monuments, One Through Six. Monuments carry on their afterlives as ruins but, what does a former institution, such as the Maze Prison in Northern Island, mean to a contemporary society that does not know what to do of it? In addition to these questions, Dorothy’s work is cemented on a robust critical writing practice; she has published numerous reviews on Visual Artists News Sheet.  At DAI, she will undoubtedly develop these questions further to explore the interstices that constitute the contradictions among publicness, institutionalism, and collective memory.