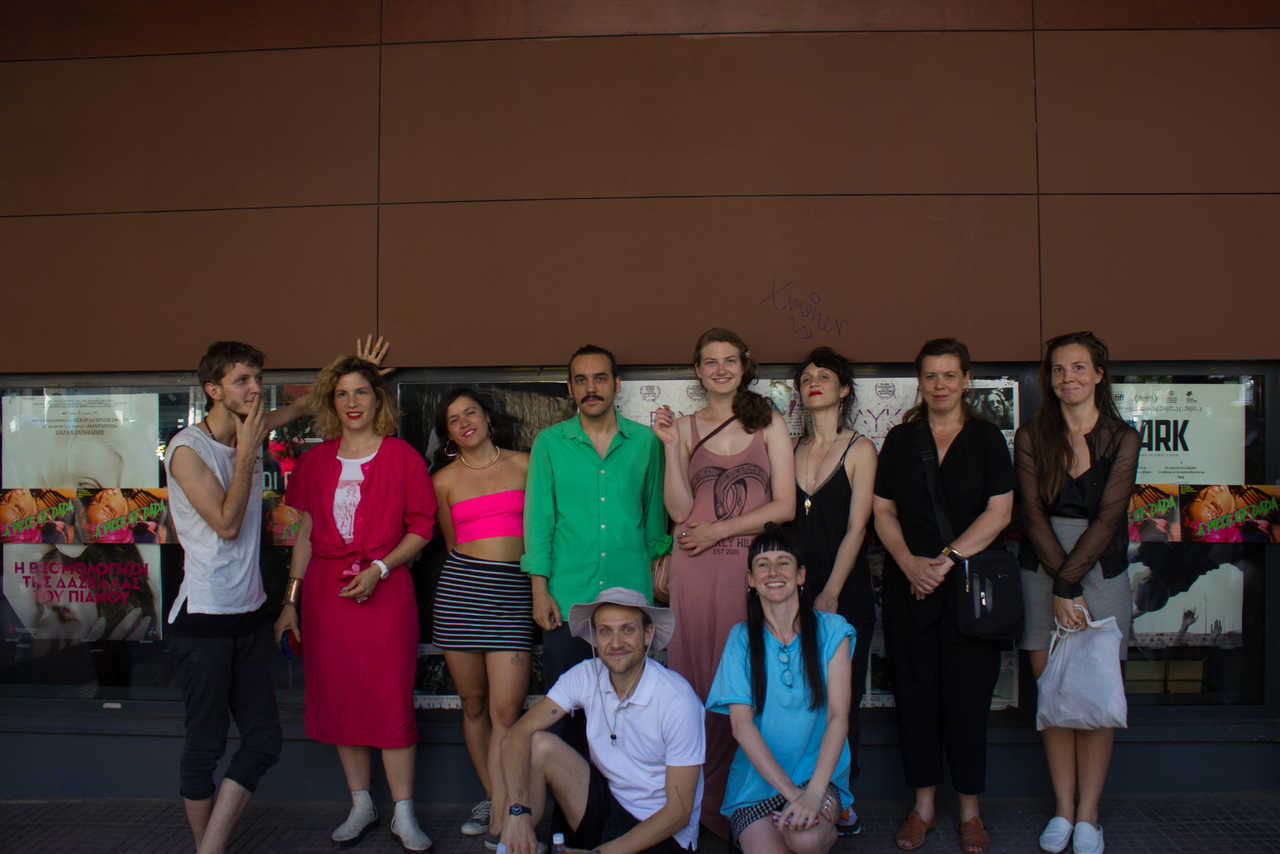 is a yearlong course conceived by the artist Pauline Curnier Jardin and semiotician Sara Giannini, with if I Can’t Dance, I Don’t Want To Be Part Of Your Revolution (Frédérique Bergholtz).

The course will take “corruption” as a field of enquiry, and will move towards the production of a collective film/opera. As part of the course there will be an extension to the normal workshop of 3 days in Arnhem in March 2018, and 2 days in Barcelona in April 2018. 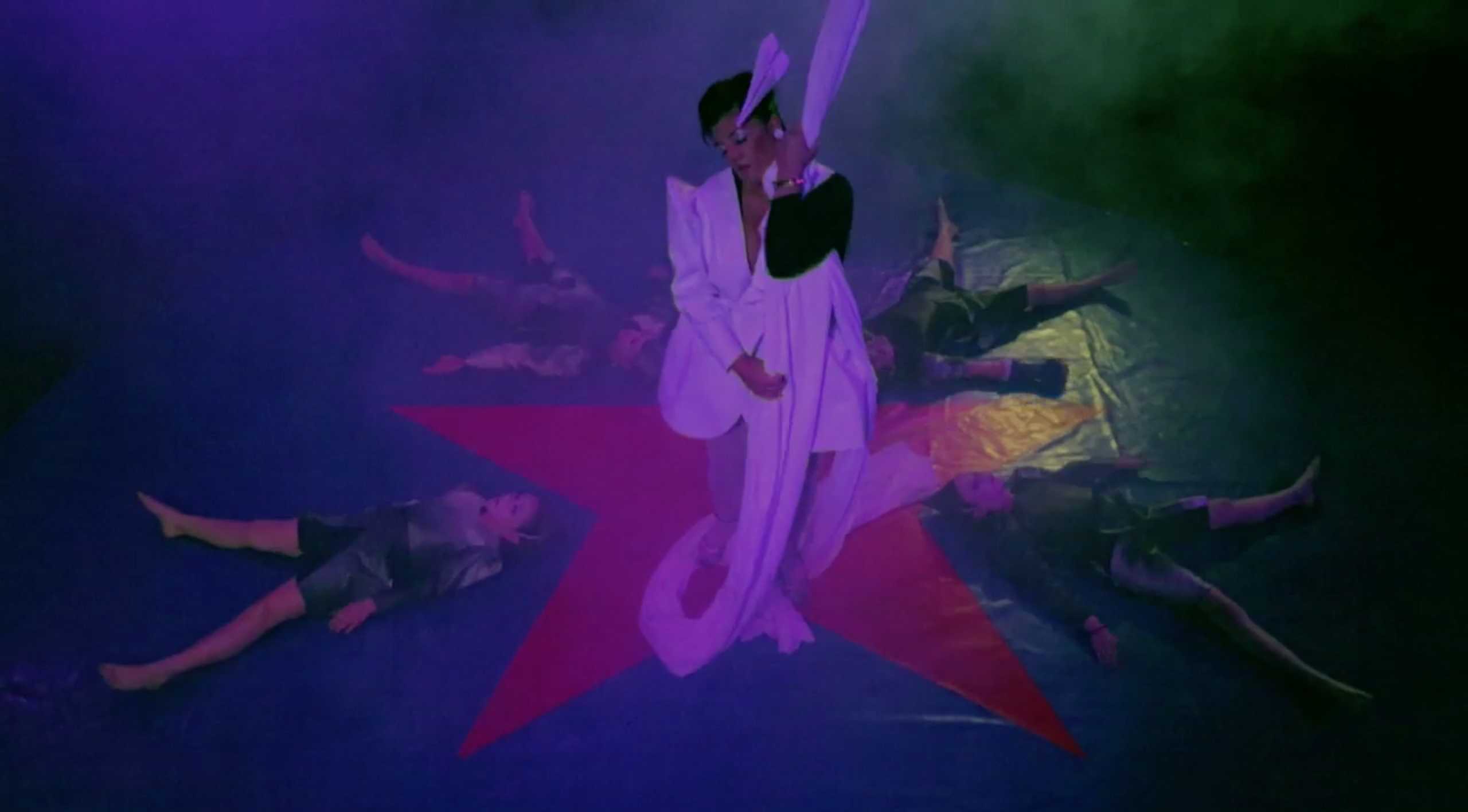 Opera Corruption from MONTH TO MONTH

Opera Corruption will be a study group on corruption, a very charged word that we wish to address as an “embodied” subject and practice. “Embodied” in this particular instance means that corruption is something that we don’t want to objectify. It is a body/mind affair and as such we will approach it through our body, skin, muscles and organs. Do not expect this class to be about the corruption of others as it will mostly be about our own. We will come to terms with the corruption that moves us. This class, ultimately, is about art as a corruptive force.

Our mission is to make a collective film/opera on corruption and through corruption. In other words, a film corrupted with opera, or, if you prefer, an opera corrupted with film. Corruption will be the theme of our film, the color of our world and the very core of our plot. Opera, another loud word –the total work of art– will be the form associated to it.

Throughout the process we will try to seduce each other with what we don’t know and attempt to do things we would have never imagined. But, also, we will deviate, corrupt and twist genres, pushing opera and cinema out of their own comfort zones, towards new configurations. The participants to our class won’t need any particular technical skill in cinema or opera. We are not looking for sopranos nor film directors but for students who enjoy being off the beaten path, performing different roles, positions and duties. We will practice learning as an act of mutual seduction and corruption.

Corruption is everywhere. Always in pair with power and politics, since the 2008 financial crisis corruption has become the mono-face of global politics. We feel –in fact we are– dispossessed and mocked by corrupt political and financial organizations worldwide. Tales of corruption inform also the EU austerity rhetoric against the sinful, corrupt countries of the sunny South, treating us with a disguised version of the laborious ant and the lustful cicada fable, already recycled by colonial discourse to justify colonial occupation and exploitation. Throughout history, capitalism has used corruption both as its ally and alibi. With our class we will try to re-appropriate corruption from the exclusive hands of politicians, bankers and humans of power, scratching away the crust of conventional discourses, narratives and roles.

We will look at corruption as an interstitial zone of friction between the sexual, the economical, the political, the juridical and the aesthetic sphere. We can imagine it as a snake crawling and insinuating itself between all these realms, connecting them and separating them– both on a collective and individual level.

We will approach corruption’s constitutive elements (seduction, desire, transformation, deception) through different exercises and also through the work of artists, theorists and writers who claim the obscene, the excess, the immoral and the abnormal as the place where art can operate and perform against society’s codes/laws.

A LOT OF QUESTION MARKS:  ETHICS AND ART

Corruption will bring us face to face with the intricate relationship between art and ethics. Against the backdrop of an increasingly moralized discourse on the social/political role of art (and artists), we will debate questions such:

Should art be ethical? Is immoral art art? Is it ethical to use art for political agendas? Can art give pleasure? What are the relationships between art, desire and the death drive? Can art make us feel uncomfortable like watching an erotic scene in the presence of our parents? Can art be dirty? Shall art awaken or narcotize our appetites? Shall art be innocent? Is art the realm of truth or of un-truth? Is art about proportions or disproportions? Is art indulgent or punitive? Is art vicious or virtuous? Is art corrupted by money or is money corrupted by art?

We are starting with quite a simple idea; corruption has always been hot artistic matter. It is probably one of the most recurrent stories and imageries in art, mythology, theater, literature, cinema. Corruption is essentially a plot engine and a maker of stories. It is what triggers stability to unsettle and integrity to disintegrate. It is the trembling moment through which an individual subject or an ecosystem is pushed to a total reconfiguration. If we were to follow the Bible, human history as such can be retold as corruption epopee!

This is also why corruption is at the core of cinema. From the Dardenne to the Cohen Brothers to Takeshi Kitano, and Martin Scorsese –to just name the most famous ones– corruption is almost a cinema genre. We will observe how corruption fits so well not only the realistic narrative of a film and its critical potential, but also cinematic construction itself. To take a simple example a frame corrupts another frame when placed next to each other or, also, one could consider how a movie is made out of layers of cinematic illusion.

Corruption is intimately connected to the figure and narrative role of the trickster. In mythology tricksters are archetypal characters (often deities or spirits) who violate principles of social and natural order, playfully disrupting normal life and then re-establishing it on a new basis. The trickster is a "boundary-crosser". During the year we will read and think about past-present-future tricksters.

The form that we have chosen to tackle corruption is the Opera, the total work of art, (the Gesamtkunstwerk) where all other art forms can be corrupted, tricked and collapsed with one another. In its tradition Opera articulates our deep desires, unspeakable sins, ambitions, vices and their punishments. It is connected to our psyche and to the possibility of catharsis. It is not a chance, we are told by S. Zizek and M. Dolar, that opera dies in Europe with the invention of psychoanalysis; as if after Freud opera would no longer be possible. With psychoanalysis we are entitled to uplift ourselves from corruption by corrupting someone else and make him/her listen to our dirty minds.

The operatic voice is this locus of articulation and de-articulation of the collective unconscious. It is an exuberant voice that sings the unspeakable. In our corruption obsession, an operatic voice is an act of corruption. It is a voice that possesses discourse, that corrupts written text, that kidnaps a message from being delivered. We will also see how opera and its haunting voice is connected to transvestism, disguise and illusion.

And of course, ça va sans dire, that we intend to corrupt opera from its elitist milieu and mix it, twist it, stretch it beyond its definition.

In our opera/film we will:

-Explore seduction and corruption through the interplay of vicious gazes and voices;

-Turn duties and responsibilities of filmmaking into masks and performative roles;

-Think about contemporary declinations of the gesamtkunstwerk.

CORRUPTION OF THE BODY

CORRUPTION OF THE SOUL 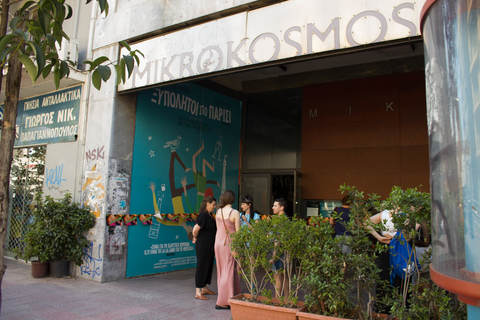 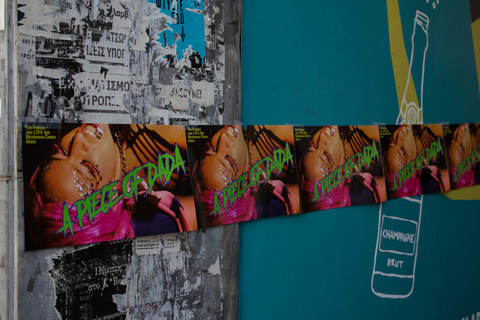 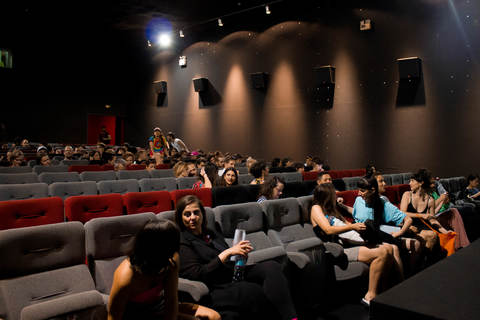 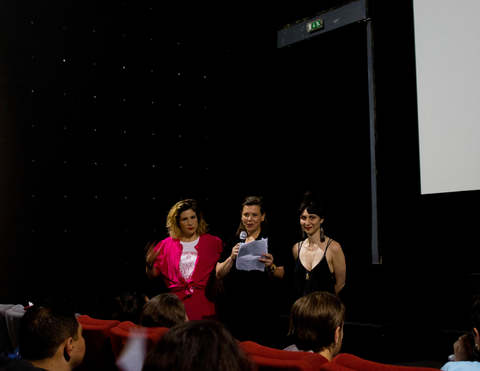 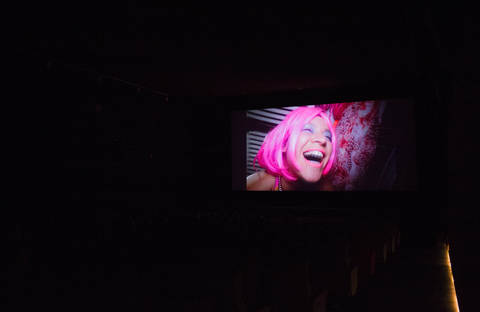 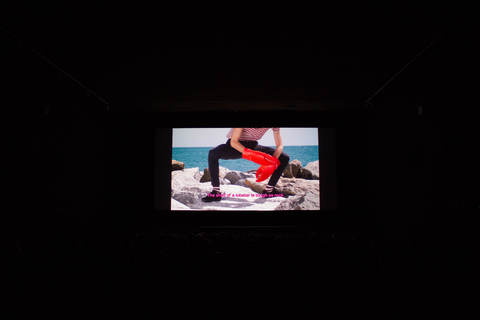 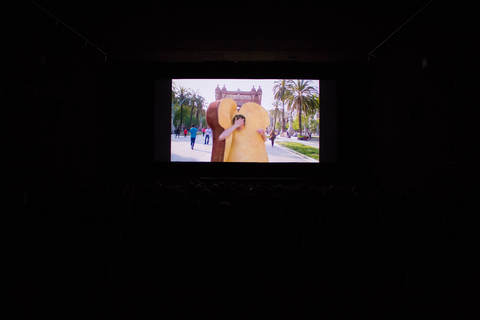 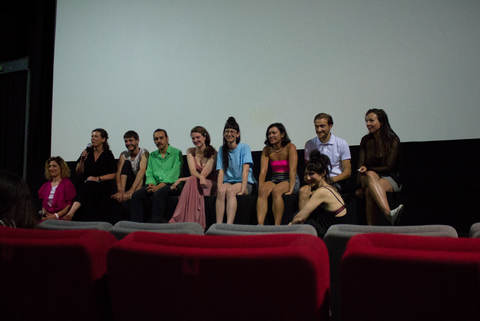 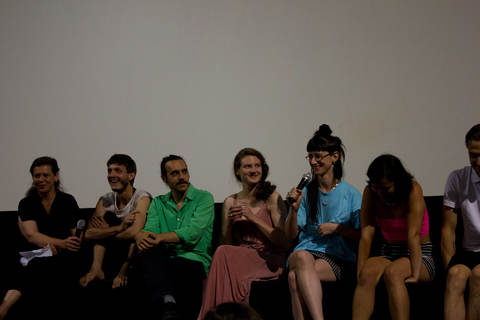