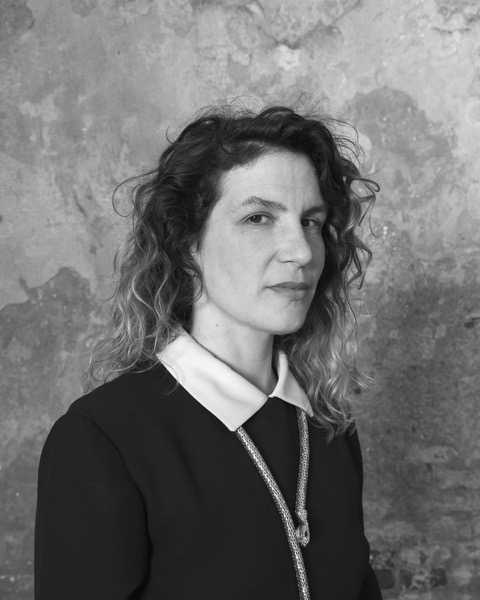 Pauline Curnier Jardin (b. 1980, Marseilles) is an artist, filmmaker and performer who lives and works in Amsterdam and Berlin. Along with many degrees, awards and scholarships, including from ENSAPC and ENSAD in Paris, Goldrauschkunstlerinnen Projekt Stipendium in Berlin, and M.F.A Sciences and Technics at the Swedish University of Linköpping, she completed the Rijksakademie Van Beeldende Kunsten residency in Amsterdam in 2015-2016.

Having exploring different expanded forms of narratives—such as an optic-opera, an ethnographic-peep-show, and some movie-performances—she has focused on making ultra-narrative, epic, and colourful but dark musical films, installations and spectacles, often working with the same troupe of dancers, performers, and the costume and set designer Rachel Garcia, to do so. In 2007 she co-founded the dada-femme recital, The Vraoums.

Most recently in 2017, her installation Grotta Profunda Appronfundita was display at the 57th Venice Biennale, curated by Christine Macel, and she presented a screening of her movie works at the Tate Modern in London. This year she is nominated for the prestigious french Prix Fondation Entreprise Ricard, she is one of the 4 artists commissioned for the Frieze Film and Channel 4 broadcasted during Frieze London 2017 and have her first solo exhibition at Ellen de Bruijne Gallery in Amsterdam.