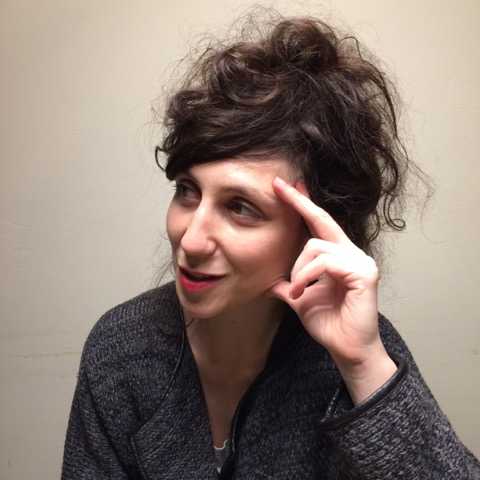 Sara Giannini is an independent researcher, curator, teacher and writer based in Amsterdam. Informed by her background in theatre and semiotics, she is drawn towards the interlinking of language and performativity across a variety of (artistic) practices, contexts and disciplines.

As an independent curator she has initiated experimental collaborative projects such as the VOLUME project (with 98weeks, Beirut, 2013-2014), the web-publishing platform Unfold (2015-ongoing), and the curatorial initiative Heterotropics (2016-ongoing).

In 2016/17 she was a fellow at the Van Abbemuseum, Eindhoven, researching aphasic language in relation to the archive of the Dutch artist René Daniëls. The fellowship resulted in the exhibition and performance series OWNNOW: René Daniëls.

Since 2017 she is one of the lead tutors of the If I Can’t Dance COOP at the Dutch Art Institute. In 2017 she was a visiting tutor at the MA Artistic Research at KABK, Den Haag, and an advisor at Das Theatre in Amsterdam.

Together with artist Jacopo Miliani, she is the co-author of the book Whispering Catastrophe. On the Language of Men Loving Men in Japan (SelfPleasurePublishing & OuUnPo, 2018). In fall 2018 Sara will join the Bard Center for Curatorial Studies as a visiting research fellow.