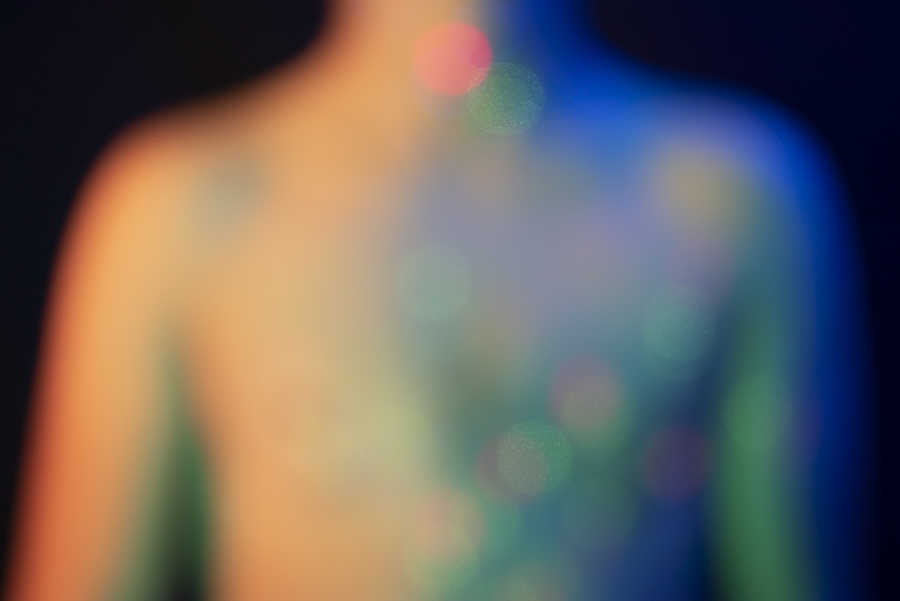 The night is an elusive time and terrain that defies any straigth-forward definition or representation. Darkness conditions and defines it, altering our perception by displacing the privilege of vision amongst other senses and by enhancing its materiality. It is also a cyclical time that induces distinct rhythms—both individual, collective, and worldly—, as much as a particular experience of time. The night invites us to see and sense differently, and therefore enables a specific yet fluid range of sensible and affective dispositions that tend to blurry established limits and contours (nocturnal animals, for instance, have developed a perceptive acuteness that makes them sensible to the rumour of the world, a world without partitions that is). We could possibly qualify then the nocturnal as a fractal perspective, one that unleashes a wild speculation that mobilizes both imagination and reason. As a particular medium, or texture, the nocturnal is probably one of the few remaining occasions that make possible the synchronisation of individual and collective rhythms, thus enabling and fostering forms of sociality, cultures, and subcultures that all share or are defined by nocturnality; that is, by logics of affinity, states of exhaustion, non-clarity and non-legibility, fugitivity, ephemerality, spectrality,... and everything that eludes the diurnal, understood as a dimension determined by transparence, legibility, legality, and thus capturable by governing forces. All night communities, in sum, carry some night in them.

The history of the night is neither a linear or cohesive narrative. For most part of History, night-time was clearly delineated by the dawn of lights and the curfew that signalled the retreat to the domestic space—an ambivalent time that combined comfort and interiority with the terrors of the nocturnal. But from the seventeenth century onward we can detect a progressive nocturnalization of urban life: that is, the movement of an increasing number of social or symbolic practices out of the day and into the night accompanied by nascent street lighting; a gesture that came to highlight Baroque expressions of authority as much as to develop a novel urban nightlife. Lately, since a few decades back, we are witnessing a literal colonization of the night by means of its systematic illumination and the work of incessant institutions: night has become place where labor and consumption are displayed uninterruptedly. Jonathan Crary dubs it as “24/7 capitalism”: a style of incessant production where we are permanently exposed  (to be surveyed) and permanently connected (to systems of communication, devices and interfaces of the most varied kind), resulting in the precarity of sleep and the extinguishing of its shared sensual commonality in favour of a world of indifference, insensibility, and amnesia. 24/7 capitalism dreams with the end of sleep, with restless efficiency and luminous transparency; a time where shadows and laziness leave room for a flat, homogenous and seamless idea of time and experience. But in parallel to the night being more and more controlled and domesticated, and rest being more and more policed, a growing number of different cultural and political movements, especially within the radical tradition of black thinking and activism, are reclaiming sleep as a fundamental social activity, and the right to rest, to opt out, to be opaque as a political hedonist stance—a right to darkness, as Yann Chateigné puts it. Darkness re-enchants the world against the monotony of a sterile reason, and language needs the night to express what could not be said otherwise: the relation between thinking or desiring and vital rhythms.

What political, social, affective, aesthetic and material potentialities of the night can we apprehend? Which modes of attention, what languages and codes belong to the night, and which social choreographies are there rehearsed? Can it be where to reclaim renewed forms of commonality and being together against the rampant neoliberal individuation? Which modes of perception and transmission does the nocturnal enable, and what spatial configurations emerge? Can we write a history of the night or nights? What forms of learning happen at night, and how to grasp them? What methodologies and tactics does it teach us? What could be a nocturnal composition? A nocturnal display? A nocturnal desire, creature, caress, gesture, uprising, swarm, palpitation? What could an institution of the night be?

Plagued by contradictory metaphors and experiences, to think of the night is to think how darkness shapes our experience, transforms our relation to others, or modifies our experience of time, following its own codes and rules. This seminar aims to posit and explore the nocturnal as a matter-time that comprises an experiential prism, as a methodological texture, and a particular form of meaning production and inscription defined by paradox and elusiveness. By focusing on the nocturnal, this seminar furthermore intends to deploy a performative exploration of the night, which is interested not so much on what the night is or isn’t, but what the night does. Although lately having gained academic interest, and even witnessing the emergence of the field of Night Studies, the matter of study of this seminar is highly ambivalent and slippery, allowing most times only to partial and evasive certitudes. Therefore the seminar invites the students to collectively embark on this tentative enquiry, in which we will revise our relation and experience of the nocturnal through textual references ranging from theory to poetry, alongside the work of artists, choreographers, architects, and filmmakers such as Alex Baczinsky-Jenkins, Beatriz Santiago Muñoz, Jorge Anguita Mirón, Pauline Boudry & Renate Lorenz, Diago Bianchi, Lucia C. Pino, José Val del Omar, Felix Gonzalez Torres, María Salgado and Fran Cabeza de Vaca, Henrik Olesen, Pol Esteve Castelló, or Kenneth Anger amongst many, many, many others.

Will Straw, “The Ever-Changing Politics of the Night.” NewCities website, 30 August 2019. https://newcities.org/the-big-picture-ever-changing-politics-night/

Luc Gwiazdzinski and Will Straw, Intermedialities. History and Theory of the Arts, Literature and Technologies 26: “Inhabiting the Night” (Fall 2015) https://www.erudit.org/fr/revues/im/2015-n26-im02640/.

Roland Barthes, How to Live Together. Cambridge: Cambridge University Press, 2012.

André Lepecki, “In the Dark,” Singularities: Dance in the Age of Performance. Milton Park, UK: Routledge, 2016.

André Lepecki, “The Choreopolitical. Agency in the Age of Control,” The Routledge Companion to Arts and Politics. Milton Park, UK: Routledge, 2015.