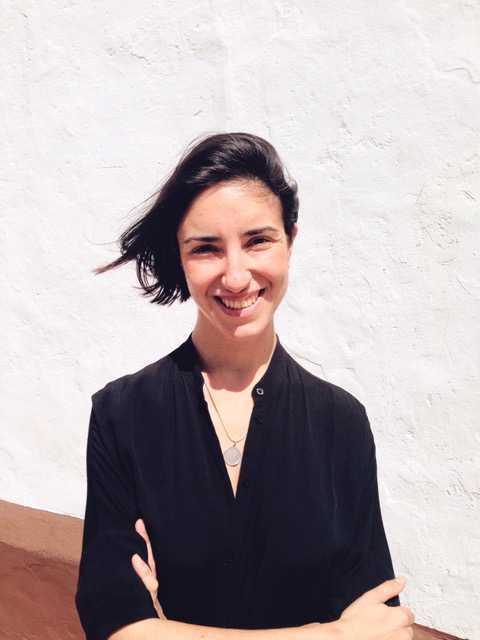 Julia Morandeira Arrizabalaga is a researcher and curator. She is based in Madrid where she co-directs with Manuel Segade the escuelita at the Centro de Arte Dos de Mayo—CA2M, a research organism operating as the digestive system of the institution. escuelita is devoted to collective study and experimental research, serving as a laboratory where to speculate and test the center’s future programming. Two seasons have been developed so far: Speculative Infrastructures with the XXIV Image Symposium Glitch Futures; and Social Choreographies. Nobody knows yet what a body is capable of, with the XXV Image Symposium Worlding the World. She is also a mediator for the ConComitentes project supported in Spain.

Her practice is articulates long-standing projects of curatorial research, which materialise in different formats and gestures. With Canibalia, she has researched through different frameworks the figure of the cannibal and cannibalism as a colonial construction of modernity, as a device of the political imagination, as well a visceral ecosystem from where to reposition our relation with the world (Canibalia, Kadist Paris, 2015; Canibalia redux, 2017, Hangar Lisboa; ‘Cannibal Affinities’ course, ArtCenter/South Florida, 2016, and presentations at Savvy or Kunstcenter Bergen);. The problematisation of the epistemological foundations of eurocentric modernity through the body, the footnote, or other minor contaminated experiences constitute an important framework of practice: ATLAS of the ruins OF EUROPE  (2016, CentroCentro Madrid), Poetics of the Sign and Détour (2017 MACBA), We are Sycorax’s daughters (TEA, 2017), Provincialising Spain (Kyiv Biennial 2015) or State Fiction (FRAC Basse Normandie, 2013).

Another line is centred in the imagination and activation of forms of institutionality, affective economies and feminist methodologies, which inaugurate promiscuous forms of sensibility and knowledge, as well as generating structures of support, self care debates and peligrosity tactics. This line of work, named Be careful with each other so we can be dangerous together, includes a publication and the “Affective Coalitions: ACT UP Puerto Rico” event produced at Beta Local, Puerto Rico (2016); the performance night Selfcare is Warfare (Ocaña Barcelona - Sant Andreu Contemporani, 2017); and the ongoing conversation “Touch, do not dominate” with artist Diego del Pozo. Recent lines of research are Nothing is true, Everything is alive on the displacement of scientific paradigms (Peryton, Copenhagen, 2018); and Night Studies, which explores the potentials of nocturnality.

Morandeira has taught and lectured at numerous places such as the De Appel Curatorial Program, Pompeu Fabra University, University of the Basque Country-EHU, Notre Dame University, SomethingYouShouldKnow, Nottingham Contemporary, Jeu de Paume or TEOR/Ética. She holds a degree in the Humanities from the Universitat Pompeu Fabra and an MA in Visual Cultures from Goldsmiths College.