This is a crucial CALL to support DANDELION EGHOSA (DAI, 2022), a hugely talented and brilliantly committed young non-binary visual activist from Nigeria, who arrived in the Netherlands in September 2020 to embark on a two-year study trajectory with the DAI. 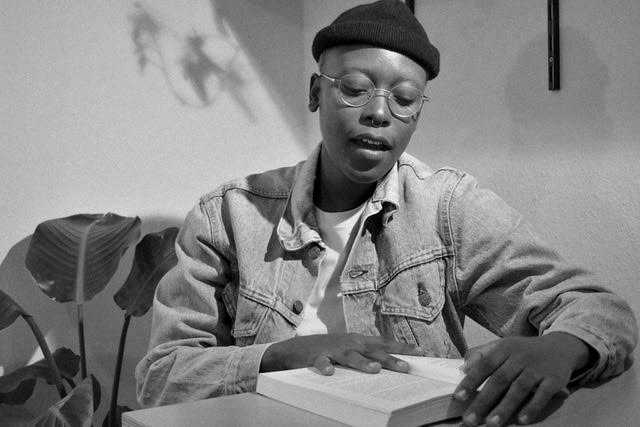 "The purveying and supplying of the resources and energy necessary for the global computing infrastructure will require further restrictions on human mobility. Keeping the world at a distance will become the norm so as to keep risks of all kinds on the outside." From: The Universal Right to Breathe (2020) by Cameroonian philosopher, political theorist, and public intellectual Achille Mbembe.

See also: The Idea Of A Borderless World (2018) by the same author.

For many years MOBILIZE OUR BODIES, OUR INTELLIGENCES has been DAI's theorem and rallying cry. As a "roaming academy" we bring students and tutors (from a multitude of places worldwide) to stations that can temporarily accommodate us while studying together by means of performance, voicing, listening, reading, writing, curating commoning and conviviality.

The privilege of doing so derives from our status as an accredited master program, embedded in Dutch/ European/ Schengen legislation. A privilige that extends to those who have been accepted into our program and can afford to enrol. Our community is constantly reminded that the economic and political conditions (resulting in the discriminating tuition fees for non-EU passport holders) under which we welcome students to our program are not in sync with our ideals. We have decided to keep going by trying to make the most out of what still is possible within the given limitations. But we are painfully aware that immigration inequality puts some of our students under much more pressure than others (debilitating regulations around work permits and housing discrimination, on top of the financial challenges, can make for a cold landing in the Netherlands/Europe). How to deal with that cruel fact is an ongoing concern.

We hope that you will kindly allow us to share and explain our heartfelt request regarding one of our current first-year students.

WHO IS DANDELION EGHOSA?

As mixed-media artist their work has been featured in Africa Is Now Magazine, the Guardian Nigeria and has been included in various exhibitions such as BredaPhoto2020,  Say My Name by Ava Duvernay, The Equalities of Women at the National Gallery of Zimbabwe, The Experiential Exhibition Art Summit in Lagos (as discussed in the above mentioned Africa Is Now article). Dandelion Eghosa is a 2018 Rele Art Foundation Young Contemporaries Alumni.

Their first solo exhibition Unspoken Rudiments explored nuanced gender forms and existential principles of sexuality that are often silenced and ignored, and was held at the Rele Gallery in 2019. In Nigeria, legislation such as the Same-Sex Marriage Prohibition Act (SSMPA), is supported by 90% of the population creating a hostile environment for LGBTQI+ people. As a non-binary artist, Eghosa documents the evolving trajectory of socio-cultural norms in their immediate community, as it relates to gender, sex and sexuality. 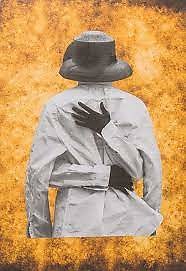 HOW DID DANDELION ARRIVE AT DAI?

Dandelion stumbled upon the DAI, acclaimed Master in Art Praxis, affiliated with the ArtEZ University of the Arts in Arnhem, The Netherlands, while scrolling the internet for MA programs that could potentially offer the opportunity to further explore queer and non-binary theories and decolonial scholarship.

Because of the great attitude it revealed, their application immediately stood out among countless others the DAI received in the early Spring of 2020 and we excitedly engaged in a series of exploratory conversations. Our Admissions Committee turned out to be 100% in favour of admitting this gifted and courageous artist. Dandelion's research plans into recovering oral hirstories, were in itself considered so important that this alone would warrant the opportunity to be supported in its execution.

In line with the DAI's protocols around the selection of promising prospective students, we carefully looked into Dandelion's possibilities regarding the requirement from the overriding ArtEZ University of the Arts for non-European passport holding students to pay more than 10.000 euros on an annual base (a structural policy, that DAI as one of the universities programs is not entitled to influence, let alone change). ArtEZ does offer a leeway: to a small number of selected incoming students a fee-waiver in the form of the ArtEZ Scholarship  is made available, but the regulations exclude first year students wishing to re-enrol for their second year of study. Dandelion did not register for this scholarship, as they had managed to raise the full first year’s tuition with the help of a reliable, generous private sponsor, who appeared to be committed to also fully fund Dandelion's second year of study with DAI. We were deeply impressed by Dandelion's resourcefulness and determination and it was a joyful moment when in September 2020 we were able to welcome them as a new member of the extended, non-nuclear DAI-family.

WHAT WENT WRONG AFTER THEIR ARRIVAL IN THE NETHERLANDS?

Soon after their arrival in the Netherlands widening ideological differences between Dandelion and the private donor led to the withdrawal of support for their second year of study (beginning in September 2021). Details of the rift are known to the DAI.

Dandelion's story is indicative of the broader systemic issues around higher education in Europe and the experience of many students from the Global South. But having to constantly worry about securing their legal status as a student in the Netherlands is particularly devastating for an African queer artist (always facing legal and social persecution in their home country), who came to the Netherlands with the hopes of finding a safe space to further their artistic research.

HOW IS DAI HELPING?

- The DAI commissioned them to portray their fellow students.

- Our structural partner (in the labour of love), WALTERbooks has invited them, together with Marilú Mapengo Námoda, another wonderful artist and activist from the Continent currently studying at DAI, to become guest residents at WALTER's artist studio in Arnhem.

- The DAI Friends & Alumni Grant, after its successful kick-off in 2020, will hopefully continue in 2021 and raise money for second-year DAI students from outside the EU. This grant will be shared with eligible and interested DAI students, who bear the financial burden and/or stress in their second year of study.

- The joint leadership of the master programmes of ArtEZ, a graduate working community invested in improving infrastructures, of which the DAI is an active member, has managed to organise a new, additional scholarship, exclusively for second-year MA students at ArtEZ from outside the EU. The Call for Applications will be published in April, 2021.

This all said: Dandelion needs to raise 20.000 euro in total, to be able to pay their tuition for the second year, as well as their costs of living and studying in Europe. Still a long way to go..... 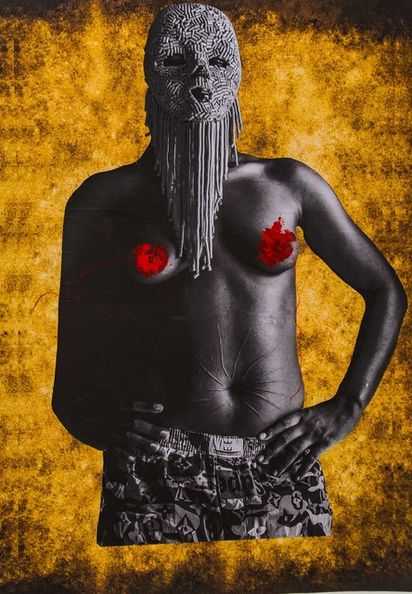 HOW CAN YOU HELP DANDELION?

3.Purchase a print from Eghosa’s photography archive or commission them to photograph a project for you.

4.Perhaps you can provide any advice on scholarship opportunities or philanthropic programmes to support Dandelion’s path?

5.Join the conversation by conducting further research on the experiences of non-EU passport holding students in Europe/ the Netherlands and help raise awareness.

For references from the part of the DAI please contact Gabriëlle Schleijpen, g.schleijpen@artez.nl