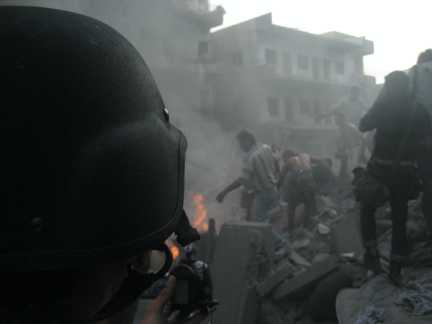 In the seminar, Witness, we inspect histories and theories of witnessing, specifically in relation to questions of violence and representation, and debate and challenge ideas of the impossibilities of and injunctions to avoid representation after catastrophic events. In introducing 20th century theories (legal, political, ontological, literary) around the figure of the witness, we pause at 18th century connections to the sublime and the unrepresentable, and move towards 21st c. formulations of surveillant and material witnessing. We seek to understand the conditions, economic and political, that produce different eras and conceptions of witnessing and its concomitant associations (memory, testimony, trauma, etc.) The seminar will look at formal questions around the image/technologies of witnessing; the relationship between witnessing, testimony and memory, and the contradictions and shortcomings of these; witnessing’s imbrication in liberal regimes of human rights following the Second World War and Cold War; and its historical transformations including the fora witnessing has occupied and/or abandoned.

*Tentative bibliography. Will be narrowed and organized into recommended and required reading for five seminars. List of homework screenings to be added.

Didi-Huberman, Georges. Images in Spite of All: Four Photographs from Auschwitz. Translated by Shane B. Lillis. Chicago: University of Chicago Press, 2008. Selections.

Kant, Immanuel. “Second Book: Analytic of the Sublime.” In Critique of the Power of Judgment. Edited and translated by Paul Guyer. Cambridge: Cambridge University Press, 2003. Selections.

Sharpe, Christina. In the Wake: On Blackness and Being. Durham, NC: Duke University Press, 2016. Selections

Wieviorka, Annette. The Era of the Witness. Translated from the French by Jared Stark. Ithaca and London: Cornell University Press, 2006: 96-144.