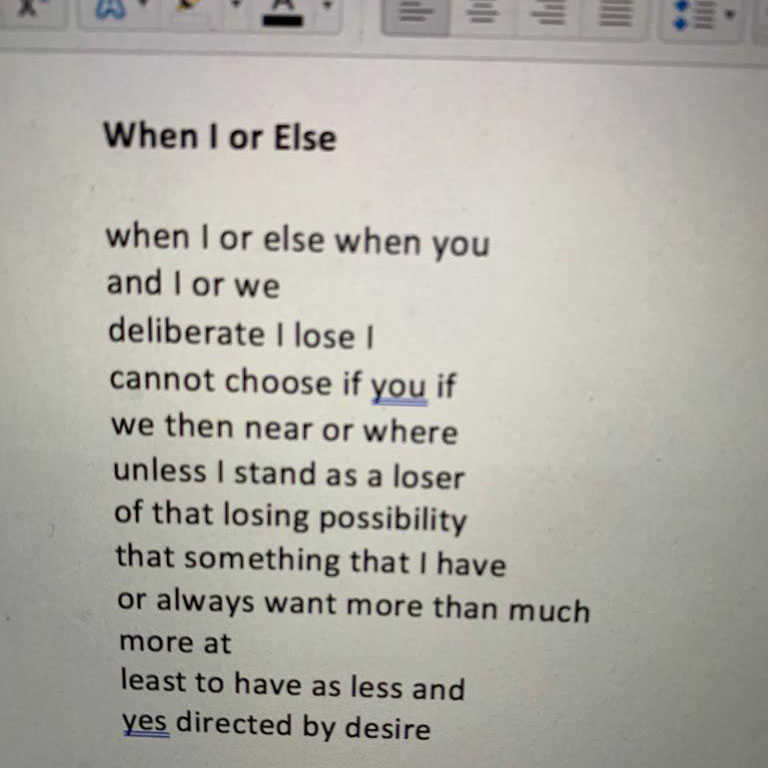 Sotto Voce: Tactics, Signals and Slips of Desire from Month to Month & Chronicles.

Sotto voce is a musical term that denotes a lowering of the vocal or instrumental volume. A literal translation from Italian reads like ‘under voice’ or ‘under the voice.’ Used in daily life, ‘sotto voce’ evokes lover’s discourse, whispers, gossip, dirty talk, and gestures, as enunciations taking place below the voice. From this specific perspective, the voice operates on an official plane of communication, where transmission is regulated and exposed. Like desire lines, sotto voce cuts through the official routes of communication, to initiate new kinships, unlicensed ways of speaking, secretive passages of words, a language of touch and intimacy.

This study-group wishes to trouble the complicated relationship between image and performance, especially while considering the ocular-centered paradigm of consumption and surveillance in current digital technologies. As a mode of practice, this COOP invites to shift the space of performance from the retinal / spectacular realm to a sensorial, frequency-driven, infiltrating, impalpable agency. In particular Sotto Voce is interested in the ways in which performance can happen off stage, overtly, in multiple elsewheres, circulating without being noticed or seen.

Many art-historians argue that performance art developed in the 1960s from a desire to exit the institution and the stage, reconfiguring the spatial/temporal boundaries of a show and its embodied relations to the world. More recently, the increasing programming of performance inside museums and fairs puts forth questions of intimacy with the coordinates of spectacle. As a reflection on this phenomenon, this COOP will think of the languages, temporalities and relations that may emerge when the performative act is sotto voce. The participants will think about covert communication tactics, invisible performances and strategies of disappearance.

This COOP is very interested in the liaisons of art and life through the lens of performativity, ruminating on the the possible diffractions of the gaze as an organ of objectification, measurement and essentialization. The somatic experience of desire becomes a crucial entry point into different readings of the secretive: what is kept out of sight, undercover, and what directly refers to secretions as a semiosis of the body.

How is desire and affect surfacing around non-ocular centered artistic practices? How can the longing for a physical person become entangled with longing for a wider solidarity?

Some of the artists and writers the participants will get close to include: David Hammons, Ulisses Carrion, Linda Mary Montano, Pauline Oliveros and IONE, Theresa Hak Kyung Cha, June Jordan, Maurice Blanchot, Paul B Preciado and again Carmelo Bene with the idea of the obscene / off-scene and the notion of ‘theatre without spectacle’.

Within the research, the voice and the aural as a locus of inter-agency will be given special attention with workshops led by Geo Wyeth and invited guests. Continuing a practice started last year, the participants to this COOP will engage with scoring as a way to document, articulate and stretch the affects of (live) performance. Within this methodology a special attention is given to the ephemeral as evidence of performance.