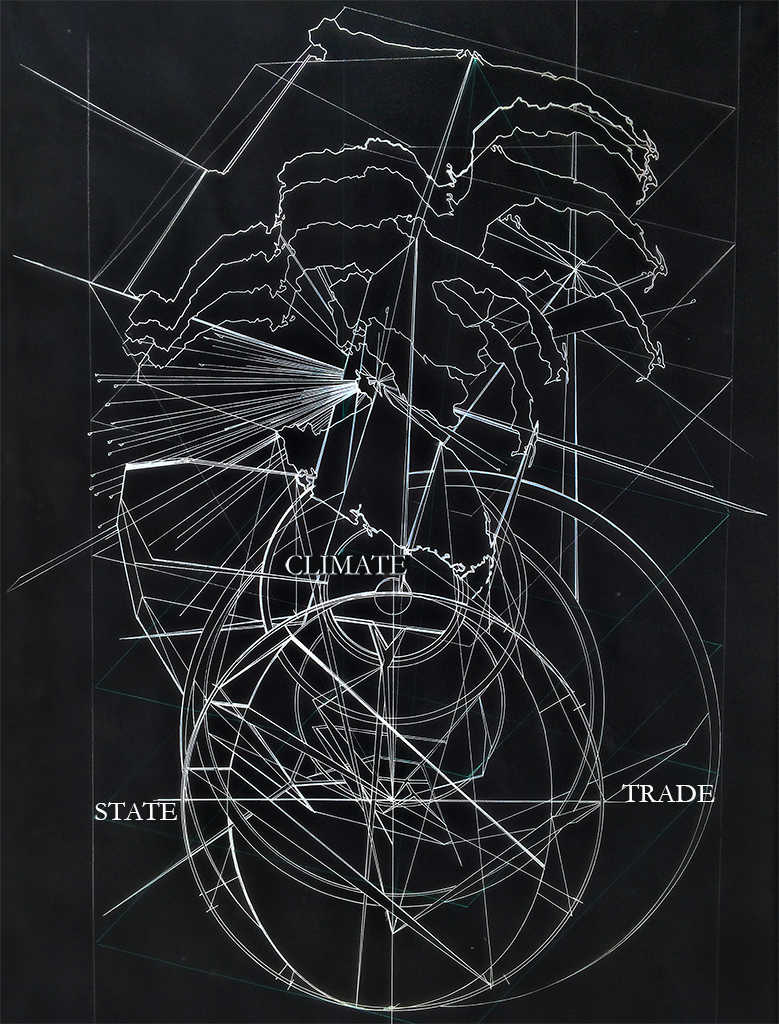 Contemporary Art and Discontent - from month to month

“Contemporary Art Regime is in fact in the process of replacing Human Rights Regime as the dominant force on the global ethico-political terrain precisely because of its ability to equate indeterminacy (i.e. resistance to overdetermination and filled in centres) with the inherent virtue of liberalism.” -- Victoria Ivanova, Two Lives One Order (2015)

“[…T]he news was (is?) that the past is now also the present […] You’ve got to reach far, far back, she explained, into the past (hence the arms), and you’ve got to make sure that when you reach back thusly you still understand everything back there in the exact manner in which you understand things presently. -- Zadie Smith, Now More Than Ever (2018).

“The totality of these relations of production constitutes the economic structure of society, the real foundation, on which arises a legal and political superstructure and to which correspond definite forms of social consciousness. The mode of production of material life conditions the general process of social, political and intellectual life. It is not the consciousness of men that determines their existence, but their social existence that determines their consciousness.” -- Karl Marx, Preface: A Contribution to the Critique of Political Economy (1859).

This seminar will re-examine the claims that contemporary art can do anything. In spite of and with the aid of the idea that (art) criticism is under the hold of self-declared, continuous ‘crisis’ (Osborne). The invitation “How To Do Things with Theory” was already extended as far back as the middle of the last century, and even then it was asked “what is ‘theory’” (that is, if not critical theory)? (Horkeimer). In the context of an art school, and in the turn of the phrase ‘do things with theory’ and not, ‘do things for art’, an interest in art belies an interest in the world. And we have long been struggling with the if and what we can make of ourselves and the world, and which theory, and then counterform, could render adequately this social totality?

It is not hyperbole to list that we are in the midst of changes wrought by complex computational turns in governmentality, and concomitant transformations in theories of the subject; we are at an upward curve in the impact of financial capitalism, its ideologies and spatial technologies on the experience and structure of time; we are monitoring the iceberg of extreme right-wing global nationalisms in their current rotation. The iceberg that is not melting, that is. How much have things really ‘changed’? How much has the narrative of coupure persisted despite calls to the contrary, and how much is attributed to the business-as-usual of this current iteration of capital?

When was modernism, whose modernism, what and whose formalism/realism were battleground questions within decades-long Marxist debates on art. Today they are allegedly being re-injected with adapted conceptions of time, of realism-materialism, of object-subject, of critique. If we are to insist on the persistence of said critique, for a keeping in check that has not been recuperated as contemporary art’s criticality-as-value, what grounds for the critique of contemporary art as one cultural crystallization of the state-market nexus are prescient? Who are its authors, subjects and objects, and what are some of its central principles and axioms? How does one effectuate it in spite of the edicts and practices of contemporary art that resist structural definitions and binding clarity? How does it (or not) extend from modern positions and paradoxes around art and the commodity form; art’s social function; art’s alleged freedom from the law of value, from wage-labour, from other domains.

We witness a category called contemporary art, one that is long-debated: a style; a style at the end of styles; an epoch; ubiquitous to each epoch; eschewing from the temporal category of the contemporary; a cultural logic; a form of capital; needs to be understood through set axioms and operations; too heterogenous to acknowledge as existing at all, and so on. Some have conjectured that these questions were dealt with when we closed the file on postmodernism and globalization. Those files are not closed.

Nonetheless, it is an operating system fluidly co-extensive with present-day modes of production. Contemporary art as a field, is a symptom and desire of global liberal and financial machinery, its governing axioms proliferating over several decades, coinciding with broader political and economic shifts. Contemporary art requires a systemic reevaluation, yet it believes it is the critique. All the while it escapes regulation, forces atomization, facilitates neoliberal operations through its institutions, ignores the possibility that it is merely the morphological present of art pasts (coalitions, unions, solidarities, political-economic critiques), while its complex dominion could be repurposed through various strategies of design, regulation, and other devices. We want to understand and to confront the ideologies at the heart of transnational art today.

Since Marx, there have been attempts to resolve what characterizes the base-superstructure relation. We attempt to transpose this methodologically to contemporary art. The seminar also chimes in with those proposing a rethinking and critical assessment of contemporary art through its transnational globality (i.e. the market, depots, fairs, biennials, galleries, the transnational capitalist class), its temporality (postmodern, post-historical, hauntological, pastiche ), and its declared and undeclared edicts (indeterminacy, openness, criticality, diversity). We engage with the temporal and political-economic elements of these propositions, and direct them away from mere ‘criticality’ towards collective historical pull.

Former HTDTWT tutors (Baroni, Lütticken, Vishmidt) have offered seminars on formalism, speculation and intervention, and their history and traction in art and beyond. We wish to extend these contributions through a different model in these seminars through a combination of lectures, close seminar readings, and group projects, while paying attention to the art pedagogy at stake, the infrastructure in which it occurs, and its/our implication within the operations and economies of contemporary art.

Preliminary reading list (open to changes as the course proceeds):

Khatib, Sami. “No Future: The Space of Capital and the Time of Dying.” In Former West: Art and the Contemporary After 1989 edited by Maria Hlavajova and Simon Sheikh. Cambridge: MIT Press, 2017.

Osborne, Peter. Anywhere or Not At All: The Philosophy of Contemporary Art. London: Verso Books, 2013.