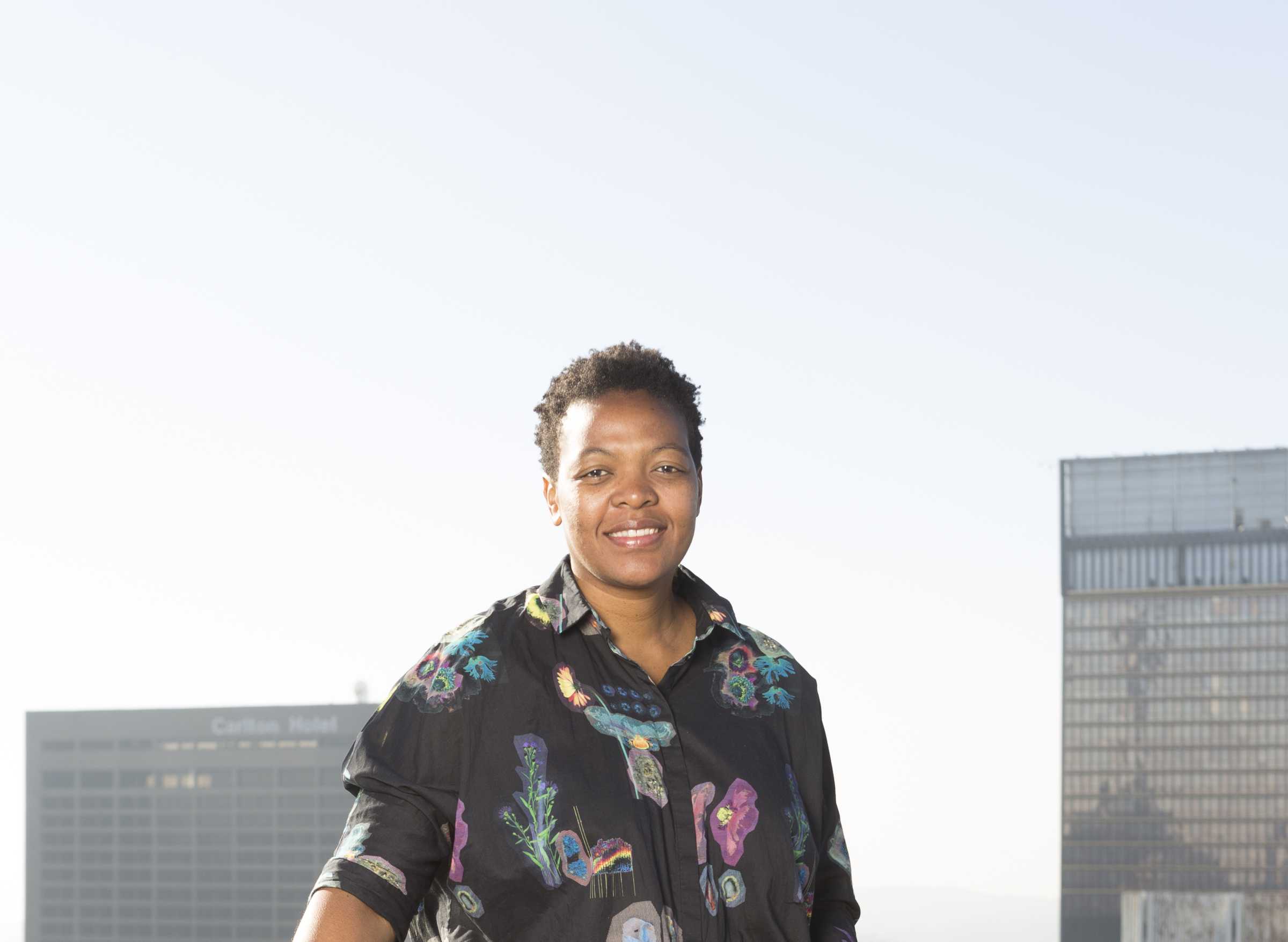 Since the early 2000s Gabi Ngcobo has been engaged in collaborative artistic, curatorial, and educational projects in South Africa and on an international scope. She is a founding member of the Johannesburg based collaborative platforms NGO – Nothing Gets Organised and Center for Historical Reenactments (CHR, 2010–14). NGO focusses on processes of self-organization that take place outside of predetermined structures, definitions, contexts, or forms. The CHR responded to the demands of the moment through an exploration of how historical legacies impact and resonate within contemporary art.

Recently Ngcobo co-curated the 32nd Bienal de São Paulo, 2016, which took place at the Ciccillo Matarazzo Pavilion in São Paulo, BR, and A Labour of Love, 2015, at Weltkulturen Museum, Frankfurt am Main, DE. She has worked at the Iziko South African National Gallery in Cape Town, SA, and at the Cape Africa Platform where she co-curated the Cape07 Biennale, 2007, Cape Town, SA. In the past she has collaborated with various institutions including Centro Atlantico de Arte Moderno (CAAM), Las Palmas de Gran Canaria, ES; Durban Art Gallery, SA; Joburg Art Fair, Johannesburg, SA; Johannesburg Workshop in Theory and Criticism (JWTC), Johannesburg, SA; LUMA/Westbau, Pool, Zurich, CH; New Museum, Museum as Hub, New York, US; and Raw Material Company, Dakar, SN, amongst others. She has been teaching at the Wits School of Arts, University of Witswatersrand, SA since 2011. Her writings have been published in various catalogues, books, and journals.

Gabi Ngcobo is the curator of the 10th Berlin Biennale for Contemporary Art. With the selection of Gabi Ngcobo, the Berlin Biennale continues its mission of serving as an experimental platform for exploring and expanding the format of the exhibition and a curatorial agenda as well as for examining current global discourses and developments in relation to Berlin as a local point of reference.