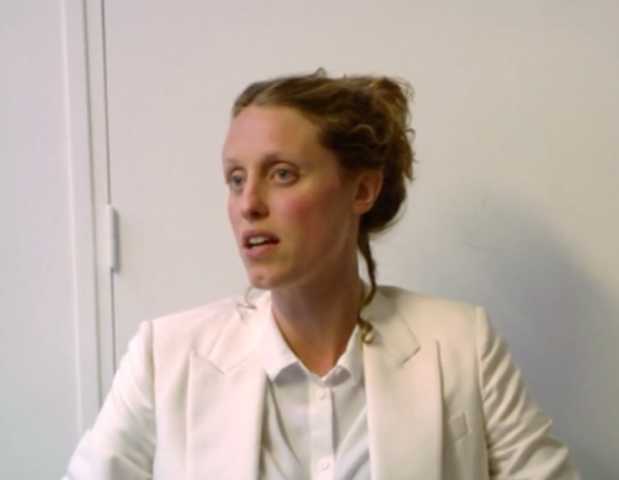 Antonia Alampi is a curator, researcher and writer born to Southern Italy and currently based in Berlin, where she is Artistic co-director of SAVVY Contemporary. She is also in the curatorial team of the quadrennial sonsbeek2020-2024.

Between 2017 and until mid-2019 she was curator of Extra City Kunsthal in Antwerp, with a three-years program focused on the manufacturing of the notion of European Citizenship. She recently co-founded together with Caroline Ektander, Simone Müller, the Hazardous Travels group from the Rachel Carson Center and SAVVY Contemporary, a research platform - Toxic Commons - that brings together cultural practitioners and academic researchers in the sciences to address environmental injustice by unravelling the complex nature of toxicity.

In 2016 she initiated together with iLiana Fokianaki the research project Future Climates, by focusing on how economic fluxes shape and determine the work of small-scale initiatives in contexts with weak public infrastructures for arts and culture. From 2012 to 2015 she was curator of Beirut in Cairo. There, she conceived and directed the educational project The Imaginary School Program (2014/2015) looking into forms of organizing and institution building in the city. Between 2009 and 2011 she was the co-founding director of the art initiative Opera Rebis and prior to this she has worked for the Studio Stefania Miscetti (Rome), Manifesta7 (South Tyrol) and the Galleria Civica di Arte Contemporanea of Trento.