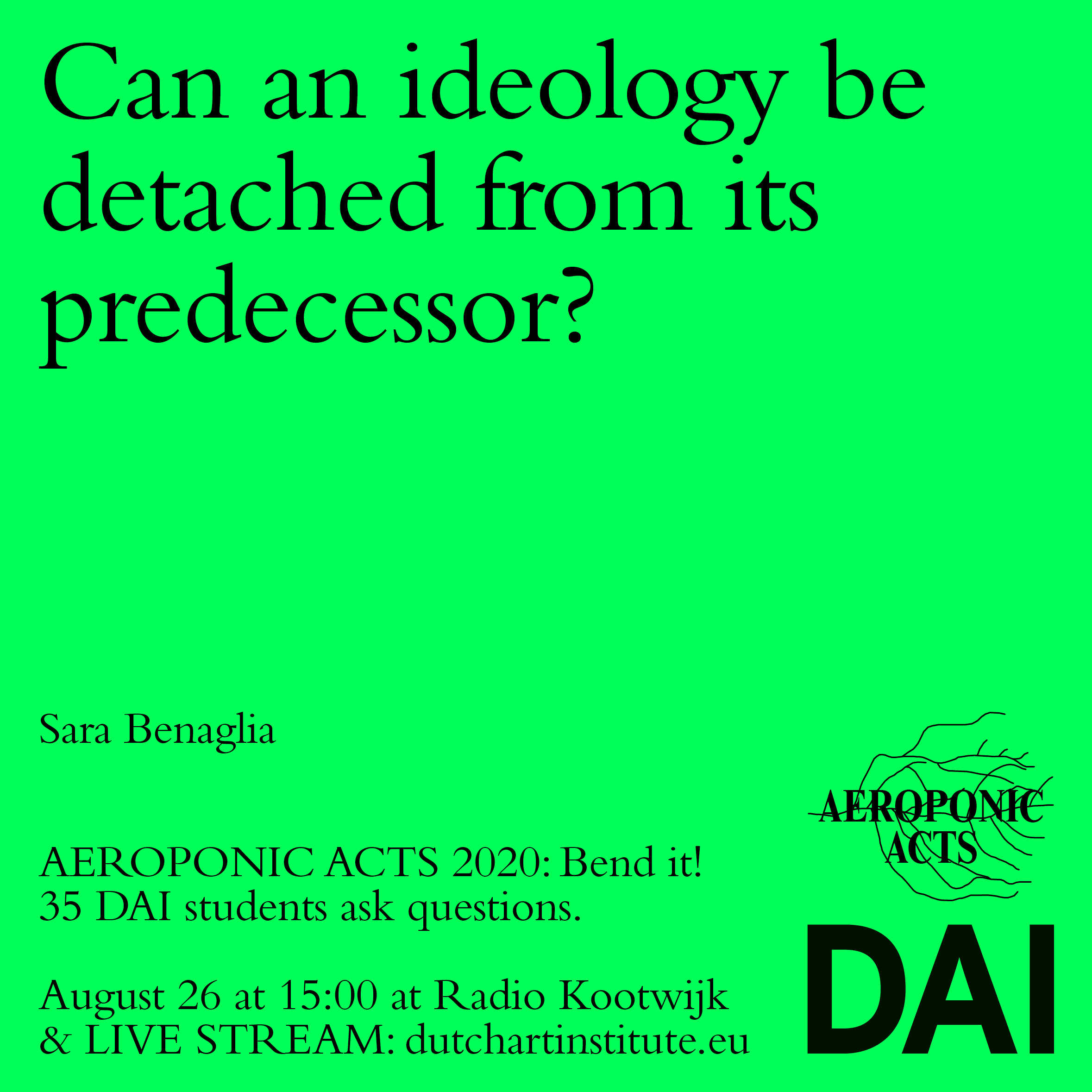 Here you will find the documentation of Sara Benaglia's presentation as filmed by Baha Görkem Yalım. The written report is by Bethany Crawford and it includes a summary of the comments by esteemed guest respondents.

Sara's Question: Can an ideology be detached from its predecessor?

Sara's Introduction: "There is a disciplinary continuity of Ancient and Renaissance studies in Italy. This continuity was conserved during fascism, an ideology that implied also a modern iteration of the classical world. The post-war antiquities of the penninsula inherited certain exclusions in the dominant story of the Renaissance. Such erasures could be integral and fundamental aspects to comprehend the construction of the "ideology of the future.” So, my question is: Can an ideology be detached from its predecessor?

LVNATICA is a short draft of a book that I started to write few months ago. Its object of research is the interpretation of the “V” gesture in paintings realized by illustrious artist of Mannerism in the territories of La Serenissima in the 16th century. The iconographic apparatus stems form and then builds upon the text by Mauro Zanchi, Sotto il Segno di Diana. Tiziano, Palma il Vecchio e i misteri della Grande Dea (2015), but the argument diverge from the original".

Bethany's report: Benaglia screens a video essay adaption of her recent book LVNATICA in which she restructures the art historical text Sotto il Segno di Diana. Tiziano, Palma il Vecchio e i misteri della Grande Dea (2015) written by her partner Mauro Zanchi. Although her influence is present in the work, she recontextualizes it from a feminist position to invert the objectification of women in art history into an active subjectivization through bringing in her voice. In the video, a female subject is traced following Italian renaissance style; a hand makes the gesture of a ‘V’. She maps the gesture’s changing signification in these images and the racial, class and gendered divide under the all-male gaze of renaissance painting.

Adam Szymczyk learned a lot from the video essay, which he said was the right form for this argument that seemed better than the traditional idea of looking at gestures. It called to mind books on vernacular gestures, the meaning of gestures and how these books keep getting reproduced, he said. He found the voice and gesture had a strong tactile quality and invoked the relation between art and capital and the circulation of currency as likened to the circulation of metaphor in philosophy related to work by Jacques Derrida. For Szymczyk, Benaglia’s relation of the white and the black subject, which is a relation of power, linked into the violence of rendering goddesses in Christian iconography and the mass baptism of indigenous people. He advised the artist move forward from the purely art historical perspective in the presentation.

She found it interesting to bring in the cult of Diana and the Virgin Mary in relation to feminist theory and the birth of modern patriarchy in Western Europe. It was not clear, she said, to whom the ‘V’ symbol belonged. Whether it was the woman subject or the man painting would mean the difference between an emancipatory gesture and the fact that we don’t have an answer to that. She advised Benaglia answer this question to give a stronger direction to the research, as ideologically it does matter whose gesture it is. She said Benaglia is beginning a very interesting feminist contribution that could bring a valuable perspective to art history.

Amal Alhaag also wondered who the gesture belonged to, suggesting Benaglia reroute the project around this question in a speculative manner. The female body as (violent) landscape evoked the complexities of the white woman’s emancipatory work at the expense of black people’s oppression related to the colonial modernist project, said Alhaag. And the histories of female bodies as property made the question one of the refusal of woman and patriarchal desire with respect to ‘non-human people’ present as accessories. She wondered how this relates to the ‘do good’ charitable work today and which feminist lens was used by the narrative voice in the film, which had an interesting potential for manipulation. Alhaag noted how the precarity of contemporary life, and the role of class and women in this, related to the collective missionary work done by tourism – Benaglia’s images of children, from the painting traditions of Italy, also related to the huge work done around the Moors, very present in Italy. She wondered what it meant to be in such close proximity to Africa, highlighting the two threats of the female body and property and asking Benaglia: ‘Is it possible that these two threats can meet each other much sooner in the work? Or is the intention to bring the question of property in at a later stage?