DAI partner If I Can't Dance I Don't Want To Be Part Of Your Revolution invites you to a conversation around the publication Maquillage as Meditation: Carmelo Bene and the Undead by Sara Giannini. ~ Sarah is joined by performance curator and researcher Daniel Blanga Gubbay for a gathering that articulates the questions and the embodied research methodologies that are at the core of this work: What do we do with the “dirt of our past”? How does one reconcile—or even just face—those early influential figures? How do we understand the experiences they engender(ed), even if it might not be our desire to return to those experiences? But what can happen if we do return? Book contributor Arnisa Zeqo also joins the conversation. Book Launch 30 October 2022, 16-18hr Conversation at 16.30hr San Serriffe, Amsterdam Free, no reservation required 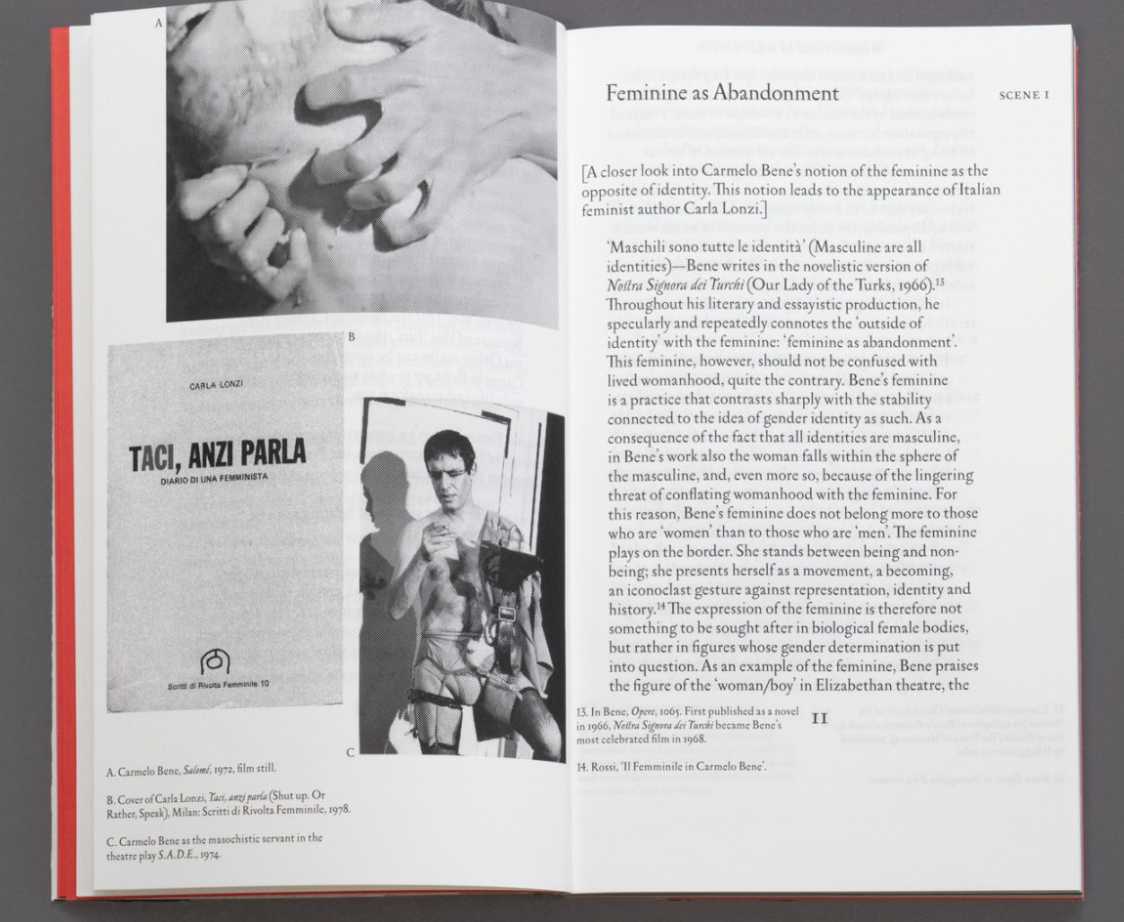 Partly a script, partly an autobiographical voyage, Maquillage as Meditation is an event that happens, has happened and will happen on the night of October 31. In this temporal and spatial loop, Giannini summons the specters left behind by the controversial Italian actor, author, director, philosopher, and public persona Carmelo Bene (1937–2002). The complicated legacy of this male figure is approached by Giannini through inner voices of dissent, as well as through performative re-enactments and imaginative historical gatherings. In her company, Giannini has invited traveling partners—friends and allies who bring with them their own critical examinations into what Bene has meant, and still means, for their lives and practices. Together with Giannini, Snejanka Mihaylova, Jacopo Miliani, and Arnisa Zeqo weave through time loops and eternal returns as they follow the traces of this legacy that lives on in them, of that which remains undead.