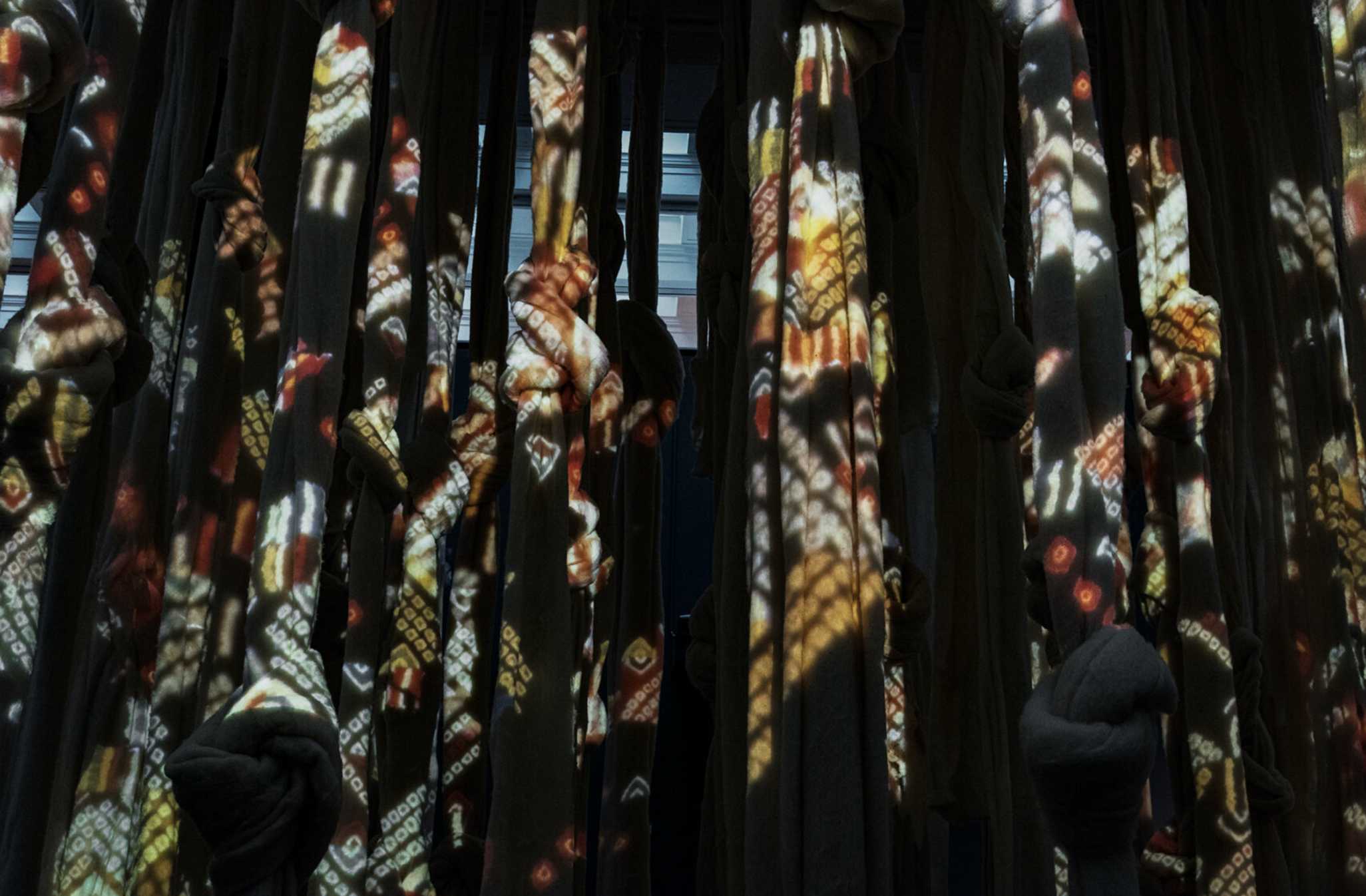 Departing from a line by Fred Moten and Wu Tsang this seminar will return to ideas and sources from previous seminars which overlap queer theory and left politics but through the lens of textiles. Using a series of case studies, works, textiles and texts, it will workshop approaches to reading and writing, making projects, and attaching thinking to materials and practices. During the seminar we will look at the way queer theorist Eve Kosofsky Sedgewick has explored textiles and texture in relation to thought, in a move away from theory’s unmasking of epistemic, ideological and institutional frames to analysis concerned with feeling and touch, intimacy and proximity.

Reading textiles, by contrast Gayatri Spivak uncovers chains of production and consumption, starting with the clothes she wears, as evidencing economic histories shaped by asymmetric power relations, the product of colonialism and neo-colonialism—building on and deconstructing Marx, who positioned the cotton trade at the center of his analysis of 19th Century capitalism, colonisation and slavery. We will look at the work of academic/activist Rosemary Hennessy, who through interviews and academic writing questions if the term “bio-deregulation” can describe both the experience of queer garment workers in the global south, whose marginalisation is levered to deregulate working conditions, and the affluent queer consumers of their products in the north who experience a parallel deregulation of legal and moral strictures. The course will also consider quipu—like works such as Gravitational Feel, a collaboration between Fred Moten and Wu Tsang, made from an environment of knotted threads as a space of study, as well as historical examples of pedagogical experiments in haptics from the early 20th Century by Moholy-Nagy and others—to see if these approaches can be incorporated into the seminar.

Moten, Fred, and Wu Tsang. Who Touched Me? Edited by Frédérique Bergholtz, and Susan Gibb. Amsterdam: If I Can’t Dance I Don’t Want To Be Part Of Your Revolution, 2016.