Rana Hamadeh (DAI, 2009)’s solo exhibition Standard_Deviation II will occupy the entire Edith-Russ-Haus for Media Art. It comprises a new time-based sonic, visual, and networked-media installation that extends over the building’s two floors, turning the exhibition spaces into one living, breathing theatrical machine. This tentacular, cacophonous installation is the latest in Hamadeh’s Standard_Deviation series, part of the longstanding discursive umbrella project The Destiny Project (2020–). Till October 3, 2022 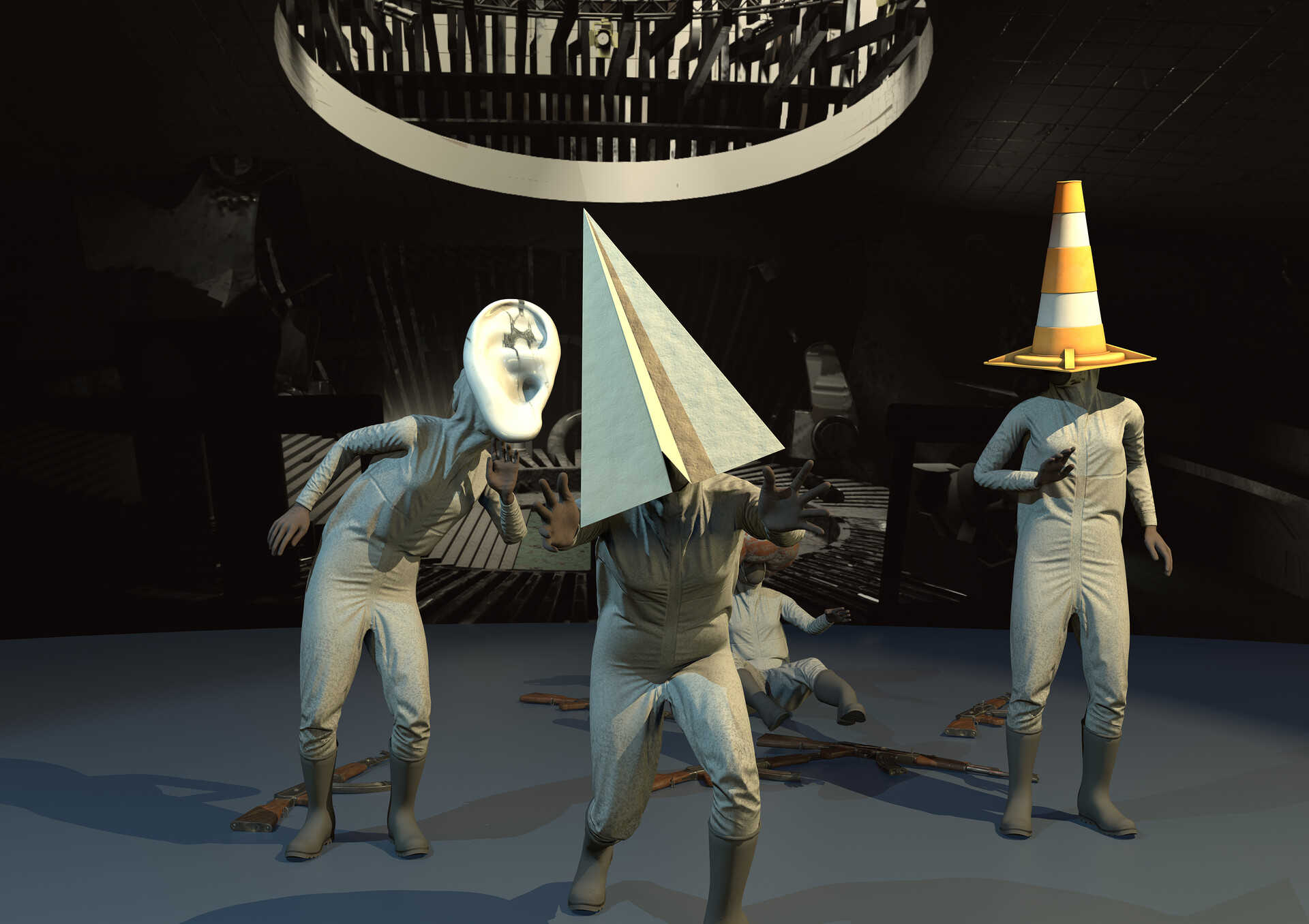 | tag: Oldenburg
Rana Hamadeh’s operatic practice blurs the boundaries between art, theater, and exhibition-making and tests out different models for collective thinking and study. Her years-long projects evolve in sequential chapters, manifesting as large-scale sound compositions with complex network designs, machinic interactions, audiovisual installations, stage sets, texts, and conversations. Her work mainly thinks through the infrastructures and technologies of justice—linguistic, legal, and performative—understanding justice through the modalities of measuring, spectacle, and “machinic opera.”

The Destiny Project is invested in exploring modalities of production, consumption, circulation, and articulation of desire within the contemporary global public discourse. It attunes itself particularly to the economies, technologies, and destinies/destinations of desire as manifested in, and shaped by, fields such as predictive analytics and emergent practices related to data justice and algorithmic justice.

Standard_Deviation II uses the foundational narrative of the Sophoclean tragedy Oedipus Rex as a device to consider relations of desire, reproduction, derivation, and self-similarity. Rather than renarrating the harrowing misfortunes of Oedipus, king of Thebes, whose grievous journey of self-discovery unfolds at the height of the Theban plague, the work conducts a reading of Sophocles’s play itself—that is, a reading of Sophocles’s “figuration of tragedy”—as a machine and technology of endurance.

Among other narrational interventions, this work shifts the focus from Oedipus to his father, who—as the myth says—is the original receiver of the curse-prophecy, following his alleged abduction, rape, and murder of young Chrysipus, the son of Pelops. This shift resituates the story as a “tragedy of reproduction by virtue of derivation and self-similarity”: Is it every Oedipus’s destiny to become their father? Every proxy’s destiny to become its origin?

In Standard_Deviation II, a series of automated operations rework historical materials to address contemporary questions while simultaneously experimenting with visual and sonic languages to establish a new vocabulary connecting technology and myth. This transformation of 3D animated work into a time-based visual, sonic, and networked-media exhibition follows Hamadeh’s continuous experimentation with the possibilities of remediation: how to allow one medium to insert itself into another and operate within it. This method amplifies, complicates, and destabilizes the audience’s engagement with their own assumed and prescribed spectatorial role.

From dreams to trance, horror to phantasmagorical tableaux vivants, the fragmented visuals echo cut-scenes in a computer game. They translate the acts of Oedipus Rex into a series of virtual spaces, whereby the dream-like/nightmarish settings and disorienting audio map out, accommodate, and augment the tragedy’s intense emotional journeys. As it does so, the work plots the topography of the ancient play’s dramaturgical construct, following the crescendos and decrescendos of its strains and anxieties, temporal and psychological entanglements, and modes of address. All against a backdrop of parallel histories, fictions, symbols, codes, and relations.

A system of interplaying sonic zones and interconnected installations spanning the two floors of the Edith-Russ-Haus operate both as a structuring score to lead the audience’s movement through the space and as a dramaturgical marker of the work’s intensities. The real space of the Edith-Russ Haus becomes an extension of the architectural spaces that Hamadeh originally created for the 3D modeled worlds of the first chapter of Standard_Deviation. A network of programmed devices intervene in this sonic and visual system, creating a bridge between the machines that are operative inside the animated film and the reality of the exhibition space. Cacophonous and immersive, the exhibition is carried out by interwoven narrational, affective, and machinic operations.

Timely questions arise from this very understanding of tragedy as proposed by Sophocles, surrounding the relations of desire and destiny and their economies of reproduction. Oedipus Rex, though an ancient text, today still lends itself as a rich tool not just to think through these relations but, even further, to situate them within conversations around technology and mediation. Standard_Deviation II asks how, in a hyper-mediated social reality, we can articulate and address tragedy. Moreover, can such an extended approach to mediation and remediation allow us to not just experience the world differently but also desire it differently?