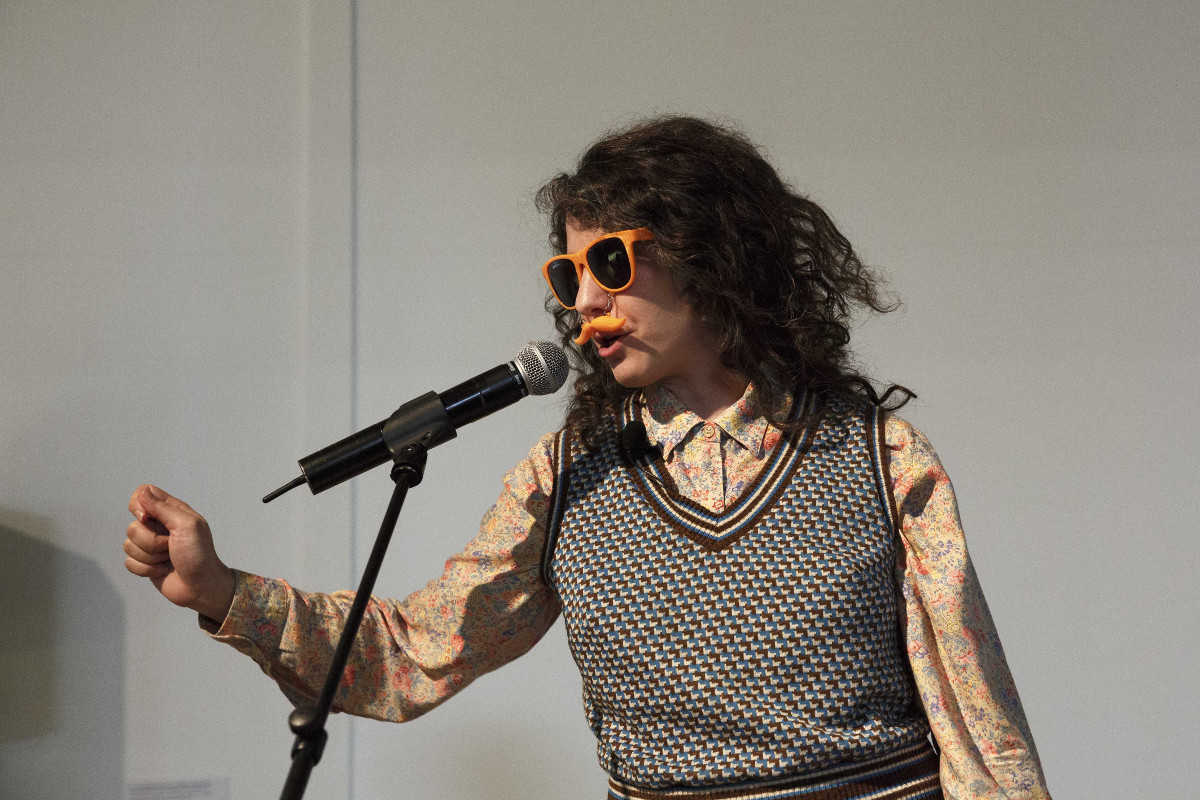 Rana Hamadeh is a visual and performance artist from Lebanon based in The Netherlands. Drawing on a curatorial approach within her artistic practice, she develops longstanding discursive projects that think through the infrastructures of justice, militarism, histories of sanitation and theatre. Her work stems from an extended investigation into specific concepts and terms, treating the field of theory as fiction. In 2011, she initiated her ongoing project, Alien Encounters, which has since been operating as an incubator for a growing series of propositions that aim at complicating the notion of ‘alienness’. Thoughout the project’s chapters (manifested through performances, choreographic/cartographic works, sound and text-based installations-as-stage-sets, writing projects and conversations), the ‘alien’ turns into a discursive tool that allows for setting up alternative archives from which to locate corporate and state-sponsored forms of violence and their enabling legal apparatuses.

Rana Hamadeh returned to the DAI at numerous occasions; as Kitchen respondent, as member of the Admissions Committee, as course leader and as curator of Roaming Assembly#24 ~ Opaque Justice: A Dialectics of Rerouting

Learn more about Rana Hamadeh’s written MA thesis: A Note In Several Tenses / On the Temporality of Subjectivity and Otherness