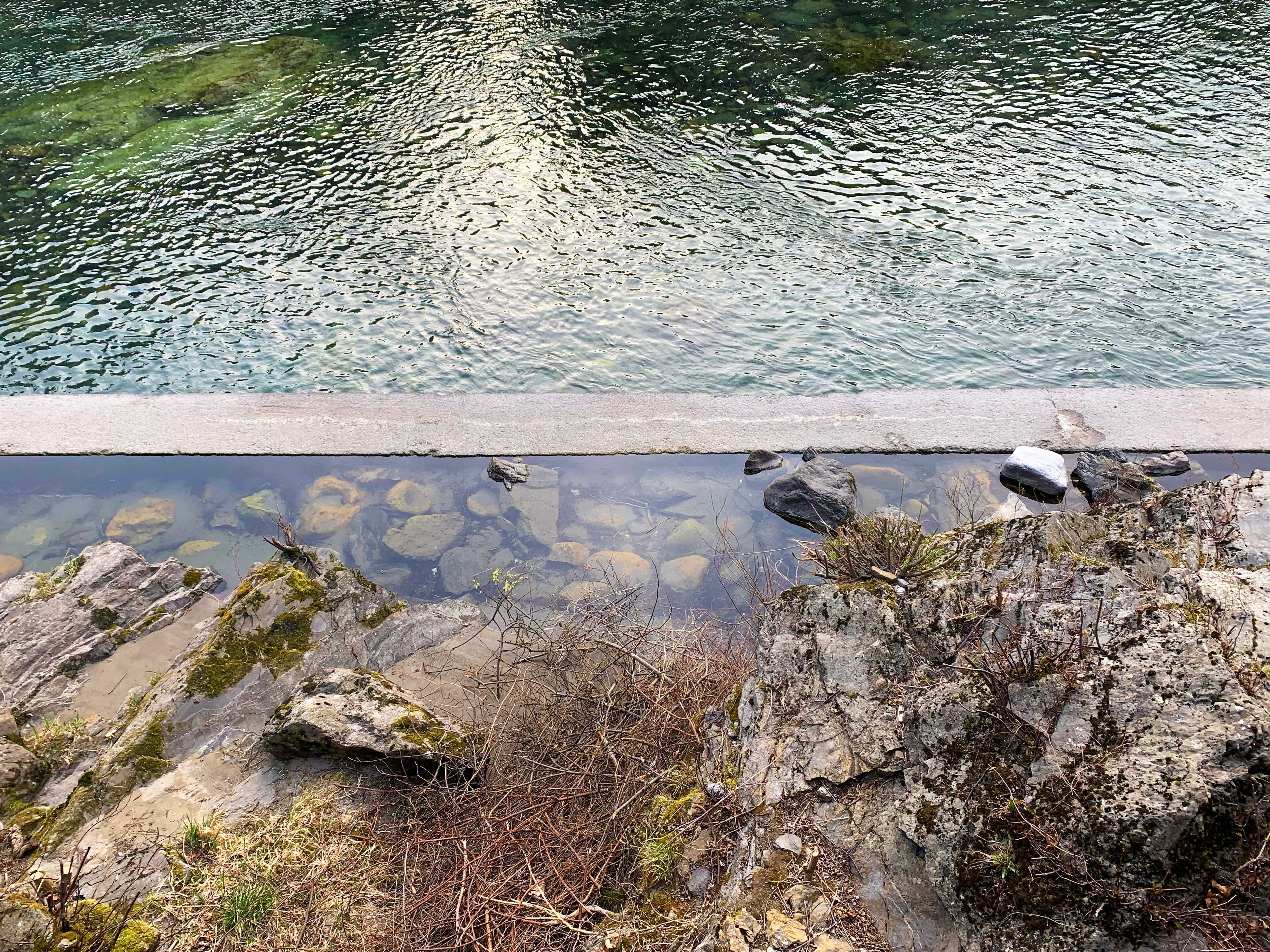 This city is populated by fountains.

Statues of dolphins, statues of Neptune, statues of thirsty creatures extending their long tongues, spitting and slurping fresh water. The infrastructure that sinks inward will eventually meet the soil diluted by the release of tears.

Infiltration of the senses by a vague fluid presence-

A large sundial lays on the ground mapping the winds, mapping the stars and the rivers. Three ancient globes are kept in a library, maps of the earth, maps of the seas and the skies; protected against the passing of time and the marks it will fatedly inscribe on them. Such is the process against deleting, erasing, shrinking.

Or perhaps the strategy for modelling truths.

On the 12th of april 2022, at 9:43 a.m. E.T., exact time, Neptune, god of water, meets Jupiter, planet of expansion; the modern and ancient rulers of the fish coming together in a conjunction that will not repeat itself again in this lifetime.

Some say that 2020 signified our passage to the age of Aquarius.

Water is emerging as the dominant element - a stream meant to carry us away from an era fixated on the terrestrial, material, extractive economies of the soil and a misinterpreted cosmological rigidity. There’s a lot of talk about what the water bearer brings, how it carefully pours and carries water. An archetypical representation of attunement; the water vessel becomes the symbol of the careful holding on to the subtleties of the Other. The carrier bag fiction becomes untenable once vessels take on their mission of border making, “dying from what you make living of”. Bodies of water, each abodes in a sloppy form that resembles a filtering system.

Aquarius is known for being detached from the personal, due to its dedication to sensing the collective ambience.

There are salt water people and sweet water people, altitude calculations aside. Fluent forms resisting the urge to rest their weight in the glass curves of the bottle–the sparkling rebels.

We are trying to learn how to shape-shift into different aquatic forms without being hinged to definitive categories, holding on to the ability to flow, traverse, change, adapt. A manual for leaking brains and bodies.

Mourn for the love poems that end up being omens, exposed to unknown fallout.

The mediation of skins and cells serve nothing but an emptying vessel.

Is the glass half full or half empty?

358 metres above sea level, a long journey begins as the rain water enters the insides of the mountain only to exit 30 years later, fully infused with the taste of stones and minerals. Millions of translucent green bottles marked with a red star distributed around the world, mineral water flowing on salt water gliding towards our mouths; cycles of nourishment for our visceral hydraulics. Why does one still buy water and where does this substance originate from?

In my hometown all of the rivers have been dried and sealed, former liquid paths forced to give their place to tar and concrete. In the summer it was almost 50 degrees, ash raining from the skies slowed down by a translucent volume of muted yellow—I recall the very water we call yellow, it was made up of thousands layers of tints of muted yellow, carrying annually 1.4 billion tons of silt to the sea, I kept imagining the water as revengeful, even suicidal, instead being carried away with its flow, it vomits a ground to cumber its fluidity– Absorbing the heat, homes become hostile, the heat becomes uncomfortable and you’re physically unable to leave your house before 11 at night. As you inhale, dense air fills your lungs devoid of the revitalising satisfaction breathing provides, you are parched; sticky pores sealing your skin from its surroundings while the air conditions in the centre keep spilling grey water on the streets. Time to take a cold shower for the fourth time today.

The sounds of the river differ from the echoes of splashing waves, gushing waterfalls and drops of rain. Wellness lifestyle trends suggest that 40 hours of calming ocean sounds trigger therapeutic neural frequencies capable of soothing your urban anxiety. On the other side of the basin, the oceanic ambience is no longer a scenic choice; rather it has mutated into a looming hellscape, the involuntary home of fleeing bodies. Water that is light and water that is heavy.

Water that bears indifferently, knows nothing of transgression:

Streams and currents meeting, swirling, parting; mixing and carrying the residents of the surface with those hidden in the aquatic depths, backs bent under buoyant weight.

A thin long vein of water traverses the valley among the mountains - observing it makes me thirsty, insistent tingling in the throat. It is said that Leonardo Da Vinci drank from this very water; sublime sip of inspiring freshness. Glorious aquatic images painted on bloody marine landscapes, how to hydrate existence without draining the vital force out of the meandering serpent?

BACK TO INTRODUCTION: COOP study group ~ SOIL IS AN INSCRIBED BODY: on Agropoetics, Land Struggles and the Aesthetics of Sovereignty