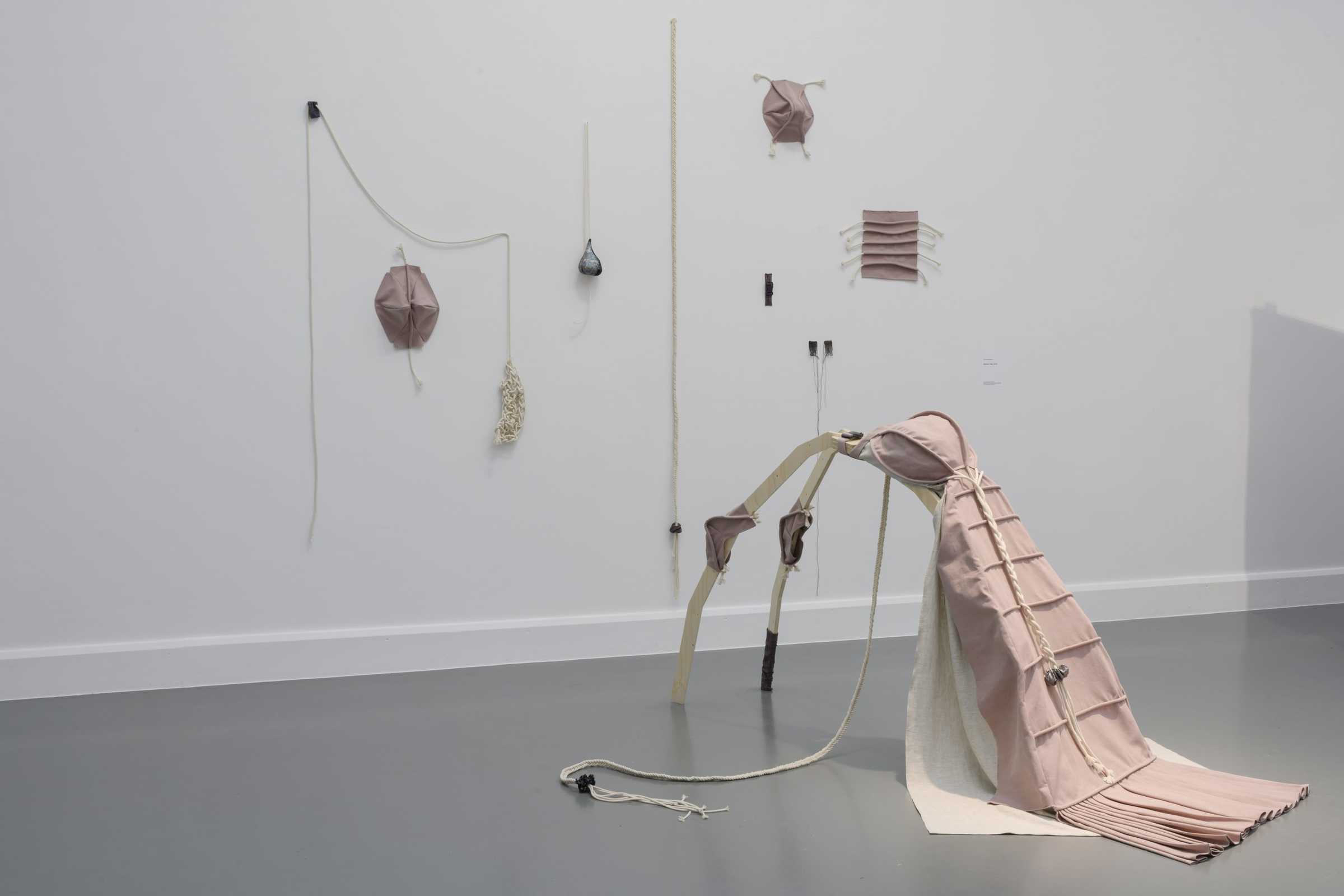 Mercedes Azpilicueta (La Plata, Argentina, 1981) has been the winner of the 8th Marta García-Fajardo International Art Prize 2021 organized by the María José Jove Foundation, having been selected among the more than 800 works presented. With her works El Faux-Cul and Cuentos Mestizos, 2019, Mercedes Azpilicueta receives an endowment of 12,000 euros and the edition of a monographic publication on her career, which will be published in the coming months.

The pieces El Faux-Cul and Cuentos Mestizos are part of a series of works that make up the installation The Captive, commissioned by the Van Abbemuseum, in Eindhoven in 2019. This series of works is inspired by the 19th century Argentine writer, Eduarda Mansilla, who wrote the novel Lucía de Miranda, colonial myth of South America. Both works El Faux-Cul and Cuentos Mestizos recreate a fictional story where the two women, the real writer and the mythological figure, meet across different centuries and continents.

Mercedes Azpilicueta is a visual and performance artist who lives and works between Amsterdam and Buenos Aires. Her practice, research and production processes explore the affective qualities and the political dimension of language and voice, in relation to the notions of performativity, decolonial feminism and resistance. She has completed the Master in Fine Arts from the Dutch Art Institute / ArtEZ, Arnhem (2013), and has a degree in Visual Arts from the National University of the Arts (UNA), Buenos Aires (2007); where she was also part of the 2009-10 Artists Program at the Universidad Torcuato Di Tella. In 2018 she presented his first major solo exhibition, curated by Laura Hakel, at the Museum of Modern Art in Buenos Aires. She received the Pernod Ricard Grant, Paris, in 2017 and was an artist-in-residence at the Rijksakademie (Amsterdam) in 2015-16. She has exhibited his work at MUSEION, Bozen / Bolzano, TextielMuseum, Tilburg and the Museum of Contemporary Art of Busan, (2020), Van Abbemuseum, Eindhoven and CentroCentro, Madrid (2019), REDCAT Gallery, Los Angeles (2018), MACBA, Barcelona (2018), Centro de Arte Dos de Mayo, Móstoles (2017), Onomatopee, Eindhoven (2016), TENT, Rotterdam (2015), Móvil, Buenos Aires (2015), Irish Museum of Modern Art, Dublin (2014) and Het Veem Theater, Amsterdam (2014). In 2021 he opened his first solo exhibition in France, curated by Virginie Bobin, at CAC Brétigny, Brétigny-sur-Orge; as well as his first exhibition in England, curated by Sabel Gavaldón, at Gasworks, London. She is a finalist for the Prix de Rome, which opens in November 2021, at the Stedelijk Museum Amsterdam.