The Stedelijk Museum Amsterdam presents Video Club: Environmental Body (of Work), an ONLINE screening program curated by Jort van der Laan (DAI, 2011), who has selected works from the Stedelijk’s single-channel video collection. With, most notably, 3 mesmerizing films by Ansuya Blom and one by Jort himself :) their screenings preceded by a conversation between Jort van der Laan, Staci Bu Shea (involved in DAI as COOP tutor in 2020) and Karen Archey, Curator of Contemporary Art for Time-Based Media SM. NOT TO BE MISSED OUT ON: 12 Mar, 9 pm until 10.30 pm

In such a toxic period, anyone or anything that I manage to feel any kind of connection with, whether it’s my cat or a chair or a friend or a plant or a stranger or my partner, I think they are, and remember they are, all the same ontological thing. What happens to notions of animacy given this lack of distinction between “living” and “lifely” things? 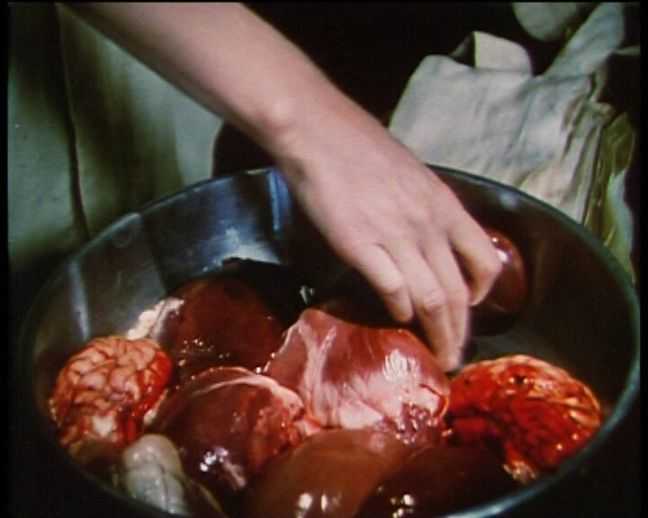 The Stedelijk Museum Amsterdam is pleased to present Environmental Body (of Work), a screening in the context of the museum’s Video Club series, organized by artist Jort van der Laan. Due to the ongoing museum closures in connection with COVID-19, this event will launch online and will be on display in Stedelijk’s BASE2 permanent collection presentation upon the museum’s reopening.

In immune system discourse, a vocabulary of distinct military origin is deployed to describe a body at war with others and its environmental surroundings. Taking into consideration that a virus does not recognize geographical borders and the many ways in which a human body can only live in a constant and intricate exchange with its surroundings, is it not strange to witness that today’s epidemiological narrative continues to rely on flawed metaphors of territory protection and warfare?

This edition of Video Club brings together a selection of works that echoes some by now all too familiar notions of (our) viral bodies, lonely bodies, and a pixelated togetherness from behind our screens, while challenging prevailing conceptions of what is “living” or “lifely,” without differentiating between any ‘that’ or ‘who’. This sequence of works intends to destabilize conventional notions of animacy, and manifest the body's natural elasticity: an Environmental Body that is inter-absorbent and inter-porous, for better or worse.

WORKS IN THIS VIDEO CLUB

Jort van der Laan’s (1986) artistic practice of video and printed matter addresses the tangled relations between immunity and community. Plural and porous, body and mind are presented as an assemblage that is, in turn, part of other assemblages: artistic / political / cultural / economic / spiritual / medical. Van der Laan obtained his MA at the Dutch Art Institute (DAI ROAMING ACADEMY) and a BA at the Gerrit Rietveld Academie, Amsterdam. He was a resident artist at King’s College, London. His work has been presented at venues including Casco Art Institute: Working for the Commons, Utrecht; Rongwrong, Amsterdam; Stedelijk Museum Amsterdam; The Tokyo Art Book Fair; and Zico House, Beirut. He has been regularly involved with the Rietveld Academie’s Studium Generale since 2011.

Staci Bu Shea is a curator and writer living in Utrecht, the Netherlands. Staci follows a study trajectory called “Poetics of Living” with Rizvana Bradley, to explore existing as well as emerging non-normative forms of living together in consideration of rapidly changing discourses around sexuality, health, communal life, and death. Staci co-curated Barbara Hammer: Evidentiary Bodies (2017) at Leslie Lohman Museum of Art (New York) with Carmel Curtis, and graduated from the Center for Curatorial Studies, Bard College with the group exhibition Emphasis Repeats (2016) at Hessel Museum of Art (New York). As of 2017, Staci is curator at Casco Art Institute: Working for the Commons (Utrecht).