The Travelling Hand is a ludic, immersive game-installation revolving around a macabre archeological discovery in Goa, India. Gayatri Kodikal (DAI, 2020) invites you on a poetic and forensic journey, navigating across different geographies and times through interactive, hybrid game elements, archival material, film and documentary fragments, to unearth a complex web of geopolitical histories. The project is curated by Katayoun Arian. Must see at TENT (till 17 Jan, 2021) 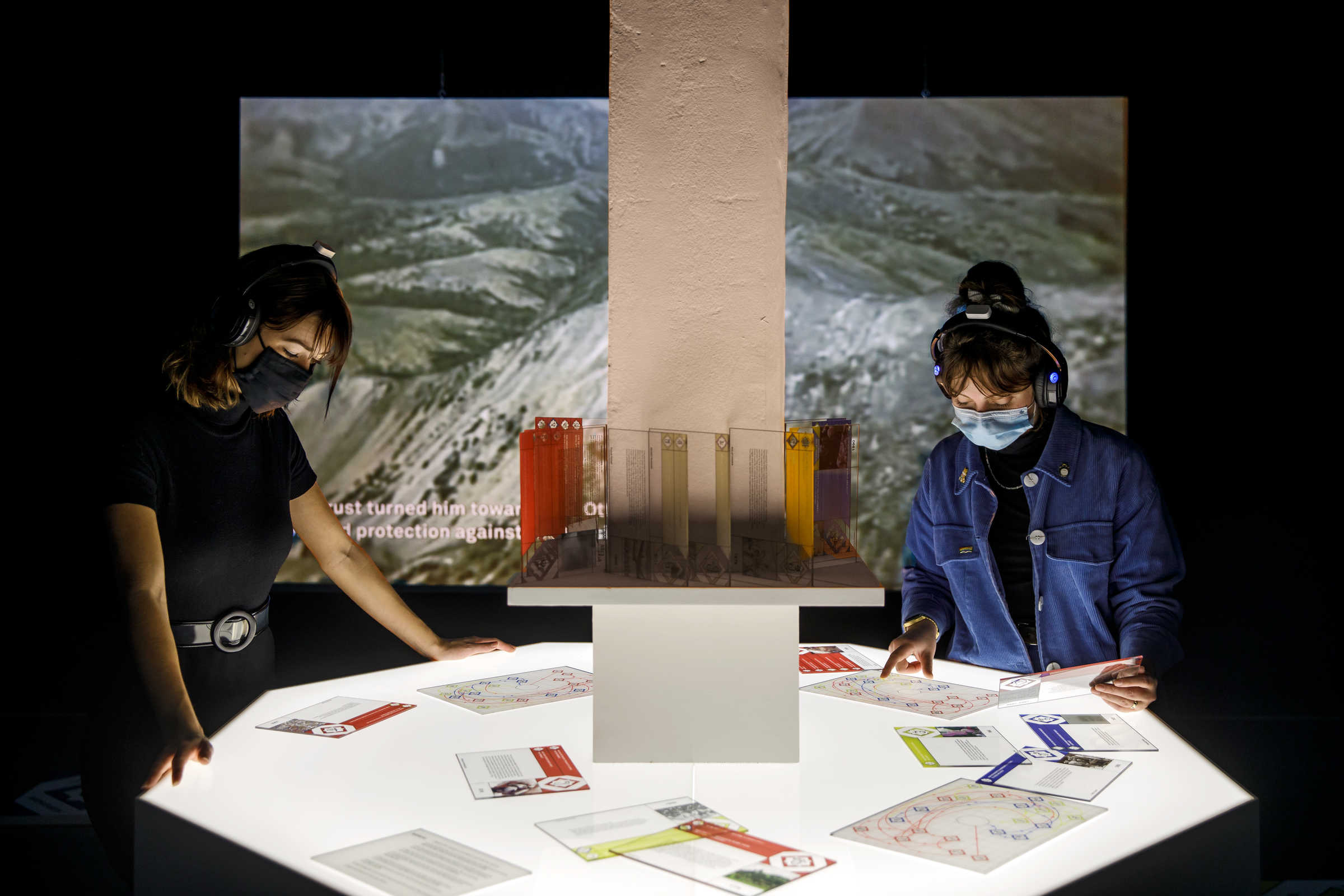 In 2005, archaeologists found bone debris of a dismembered hand at the ruins of a Portuguese Church, located in the mangrove forest of Old Goa. This relic is presumed to be the long-sought hand of Georgian queen Ketevan, who was tortured and killed in Persia in the 17th century.

For Gayatri Kodikal, the rhizomatic mangrove landscape, sheltering the queens’ decaying remains, presented a haunting image of buried and entangled histories. It inspired a series of game-works where the queen’s hand becomes a doorway into a labyrinth of stories that allow the player to roam through the riddles of 400 years of geopolitics and masculinist power play, against the backdrop of colonial expansion and subsequent religious conflict.

The Travelling Hand both questions and subverts dominant narratives of history-telling and methods of archeology. It creates a place for clandestine witnesses and stories of divergent researchers, and historical discoveries that have been veiled in secrecy and mystery. The non-linear game play of The Travelling Hand offers a doorway to a new space of thought and association in which one can playfully explore a variety of positions and perspectives, allowing for new threads to emerge in a rich narrative environment.

Gayatri Kodikal studied film and video at the National Institute of Design, Ahmedabad, and at the Dutch Art Institute. Het work was shown in exhibitions in New Delhi, Mumbai and Madrid, and screened in Newcastle, Riga, Istanbul, Paris and Oslo. She has lived in Rotterdam since 2018.

Kodikal developed a practice at the intersection of visual art and game-making. The installation The Traveling Hand shown at TENT is part of an ongoing enquiry into game making and storytelling. Iterations and satellite works since 2010 include an online and offline videogame and a hybrid board game with text and performance. For the exhibition at TENT, The Traveling Hand was translated into a new form: an immersive game-installation.