2020-2021 seminar Rachel O'Reilly: At the Limits of the Writerly: Planetarity and the Persistent Reproduction of an Otherwise 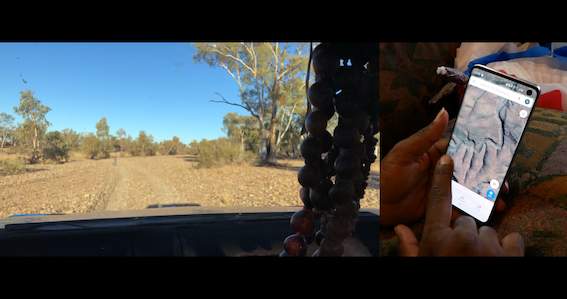 The seminar from Month to Month

INTRODUCTION: At the Limits of the Writerly: Planetarity and the Persistent Reproduction of an Otherwise

The seminar this year will return to some of its earliest concerns around Planetarity, Governance and Art/Poetics.

Euro-Americanist philosophers of global capital can tend to hold the opinion that democracy-as-equality is a uniquely fantastic Western ideal and inheritance, while a transnational understanding of how Western juridical power has been violently installed across space, shows up the relationship between genocide and ecocide, settler-colonial occupations, and the aspirational dimension of post-colonial governance paradigms. Planetarity as defined by Gayatri Spivak aids with a reappraisal of the unjust materiality of specific models of governance, and the philosophies of aesthetics that come with these. How has capital worked through the web of life? And what is the relationship between models of the universal subject, philosophies of industry and ecology, as a relationship to violence, possibility and time?

For Spivak, the planet “is not really amenable to a neat contrast with the globe.… If we imagine ourselves as planetary creatures rather than global entities, alterity remains underived from us; it is not our dialectical negation, it contains us as much as it flings us away.” Spivak emphasises the need to “disimagine the globe” for the sake of an approach to collectivity and survivance playing out also beyond human control. This is not a romantic disappearing of computation, capitalist violence or alienation, but an obligatory relational and historical engagement with communities and knowledges - within global capital’s uneven geographies - that subsist, persist and insist upon civilizational imperatives that refuse the extinction orientations of imperial laws, white property forms and fully industrialized imagination. In Death of a Discipline, Spivak compared “planetarity” to “socialism at its best.” This is the beginning and end point of the seminar - what does planetarity have to do with struggles of governance before and after (and so, disorganizing) the West’s inscription of the globe?

Working beyond Foucault’s concepts of authorship and governmentality in our seminar, is to recognise and render the “individual moral adventure” of Western art, and Western politics’ “terms of order” (Robinson), as rather structurally deranged. Instead we want to consider the possible or potential role of cultural workers in contributing to improvisational and intergenerational dimensions of struggle, and assume that something resembling the fragility of aesthetic deliberation, vis a vis the ‘uncoercive rearrangement of desire’ (Spivak), always reappears in shared commitments to justice and critical-reproductive projects that are planetary, and fugitive to immaterial capitalist laws of value and order.

Jason W. Moore. Capitalism in the Web of Life: Ecology and the Accumulation of Capital. London: Verso, 2015.