Paranoia TV at Steirischer Herbst presents Episode 1 of the Destiny Project / The Soft-Measure Fables (2020) by Rana Hamadeh ( DAI, 2009) ~ Against Anti-Oedipus and Aristotle all at once …: from dreams to trance to horror, the three segments of Rana Hamadeh’s new video work-in-progress make their own way through Sophocles’ famous tragedy Oedipus Rex. 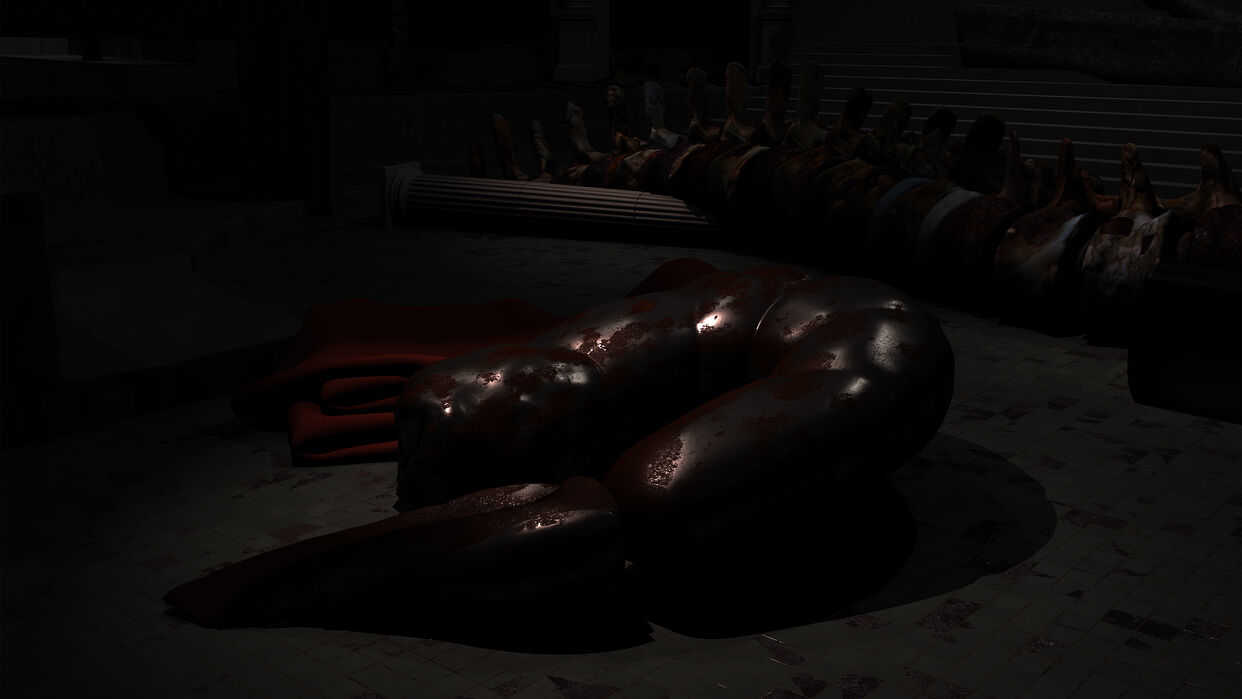 A series disguised as a video game

The first segment of Rana Hamadeh’s three-part video work-in-progress The Destiny Project / The Soft-Measure Fables is also released on 24.9. on Paranoia TV.  Reminiscent of scenes in a video game, the computer-generated images take viewers on a journey through Sophocles’ famous tragedy Oedipus Rex. Episodes 2 and 3 are available on 1.10. and 8.10. respectively.

From dreams to trance to horror, the three segments of Rana Hamadeh’s new video work-in-progress make their own way through Sophocles’ famous tragedy Oedipus Rex. Reminiscent of cut scenes in a computer game, these short 3D sequences do not attempt to rework the old narrative of King Oedipus during the Plague of Thebes, however timely it may be today. Rather, the dream-like short films lead into eerie spaces, visualising the structures, procedures, and dramatic constructs that underlie the tragic plot. Rana Hamadeh translates its networked ball bearings, gears, and placeholders into a virtual space. These phantasmagorical tableaux vivants are accompanied by sound compositions that are best enjoyed with headphones.

steirischer herbst reacts to the fears and uncertainties of today's world and reinvents itself as a media consortium. From 24 September to 18 October, Paranoia TV  becomes a platform for the uncanny and disturbing. Broadcasting on several frequencies around the world, it responds artistically and critically to the global pandemic and the complications it has introduced, not only to our everyday lives, but also with regards to the production of cultural events.