IMA publishes an artist contribution from DAI faculty Rachel O'Reilly, whose work INFRACTIONS will be shown at the Brisbane based Institute of Modern Art in late 2020. Her feature length video installation was created in dialogue with frontline Indigenous cultural workers’ struggling against threats to more than half of the Northern Territory from shale gas fracking. Ahead of its exhibition, O'Reilly shares elements of her deep research into geographies and feminism which converge in her artistic practice. 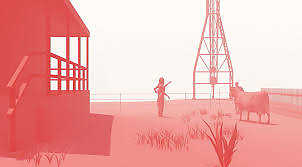 Theory tutor, artist and researcher Rachel O'Reilly, reflects on the notion of community in the time of COVID-19 through the lenses of geography and feminism:

"The virus is a figure of social contagion with a very long history in Western liberal legal rationality. As it hit my students straddling multiple border regimes, I felt the climate crisis hitting Europe in a way it had not yet. I’ve been so moved to be able to return to Turrbal land—and so vigilant, having an artificial patch on my heart provided free by medicare in the 80s.

Social reproduction feminists have argued for a long time that neoliberalism, with its model of society reduced to the viable household is a kind of neofeudalism, but this under-describes racial capitalism and the complexity of 'share' culture. We do not share the same time or space on the virus because of the difference of what it exposes and the vast variety of apparatuses and contracts that are either unravelling fast or holding us up so differently. This a problem. It’s also a problem for a critical, non-imperial, solidarity realism.

Neilson writes, ‘If misunderstandings and performances of difference entrench the niche structure of the global economy and reaffirm the profitability of supply chains, we need new models of solidarity that can negotiate difference in ways that displace logistical power.’ Below are links that help me think geographies of the present, next to Arundhati Roy’s cult film from 1989, poking fun of masculinist planning education on the subcontinent, the same year neoliberal hegemony consolidated.”

Angela Mitropoulos, "Contract and Contagion: From Biopolitics to Oikonomia"