Zane Zajančkauska: Why does it bring such a joy? 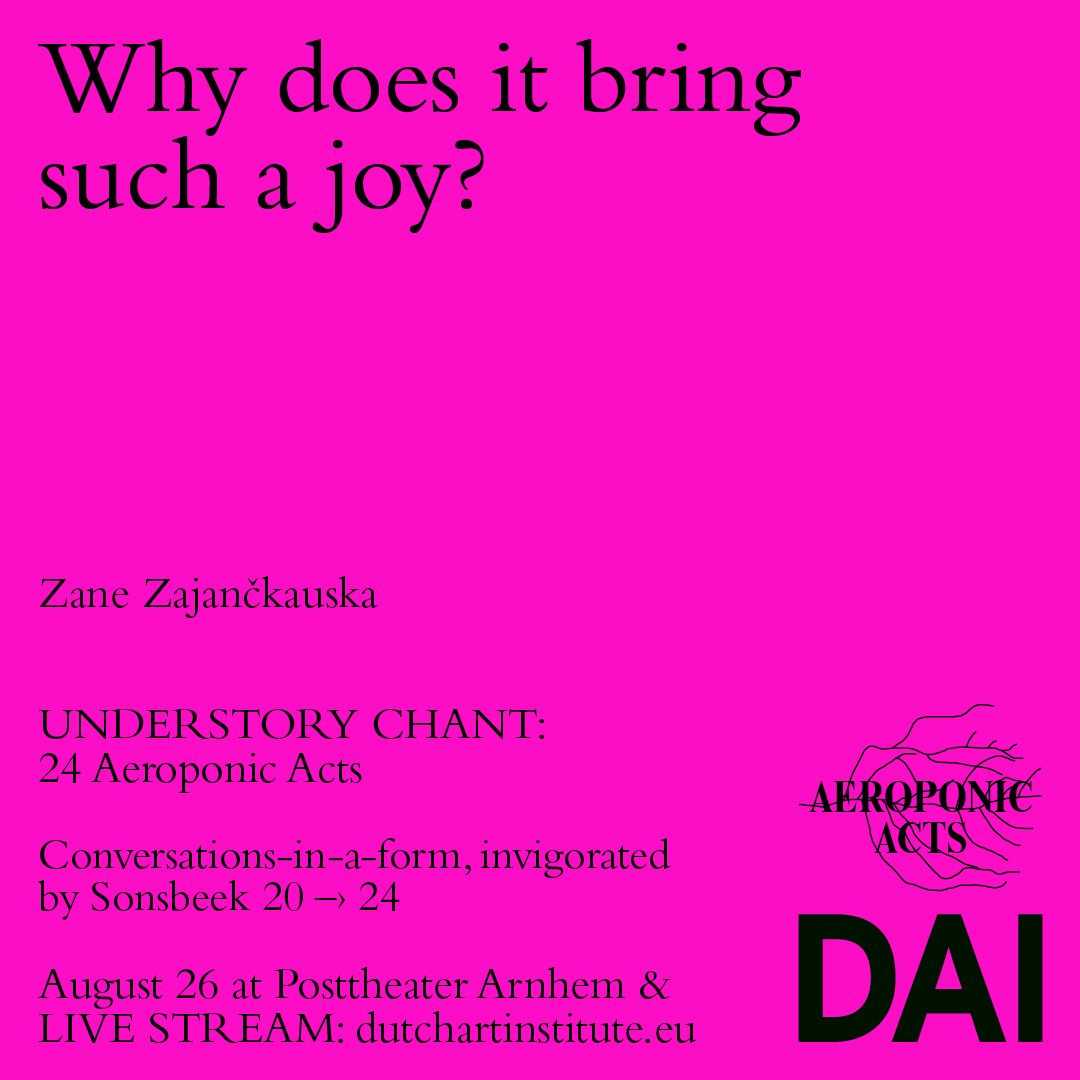 Here you will find the documentation of Zane Zajančkauska's presentation as filmed by Baha Görkem Yalım, followed  by a written report, authored by Harun Morrison, which includes a summary of the spoken comments by esteemed guest respondents Barby Asante, Lisette Lagnado and Momtaza Mehri.

Why does it bring such a joy?

Zane's question: How do you move around in the archives of the unarchivable?

Zane's introduction: An archive of slippages, ruptures and nonsensical outpourings, collected in the refugee camps at the end of the second world war. Words and non-words that were used to replace numbers that were used to start a game, captured, archived, ready to be misunderstood. An archive, opened up and re-enacted for the first time has turned our attention to the materiality of language, language beyond and before it is tamed and made proper.

Harun's report: A fragment of an exhibition activating the archive of rhymes collected in displaced persons camps at the end of WWII. Developed in collaboration with Ilze Kalnbērziņa-Praz.

The first move was one of disorientation, we were guided from the auditorium to an alleyway, entering in small groups at a time. We enter through a lesser used back-door to encounter three free-standing objects that have been installed in the space. As we pass through the curtain we realise we are on the stage of the same theatre we had left. One of the objects is an intricate rollercoaster for ping-pong balls, each of them carrying a word from the rhyme collection, another one - a textile object lying on the floor and transmitting sound to some of the visitors, a third one, a notebook, densely filled with handwritten words and lines and numbers, all in red and blue. Zane later explains she drove from Latvia to Arnhem with the works in her car to realise the presentation, a demonstrable care for the communication of the work and labour of love. Zane embodied the knowledge of the works, giving verbal explanations to small groups at a time, in doing so questioning how archival knowledge is distributed - or at least focusing on the oral aspects of knowledge transmission. The inexplicability of the works, so clearly in a temporary,  makeshift context,  was part of the pleasure of the journey, also prompting a counter question as to when and where to host the unarchivable?

Momtaza Mehri: How to move around in the archives of the unarchiveable?. . . .The most domestic form of archive is the family photo album./ I have to practice manoeuvring in archives, because I don’t have the academic entry points./ I found this intervention a playful experiment – if we’re looking back at the past we have to look back at what’s considered ‘serious history’. / The entry to this installation was destabilising in itself. . . walking past the shrubbery, having to wait in this dank underpass. . . So many of the archives I've accessed have been in specialist rooms and spaces. Moving from this singular, museological image of the archive, opens up space for the hobbyist archivist  Zane mentions as one of the protagonists in the narrative she shared. I’m reminded of Leigh Raiford especially her article  ‘Lynching, Visuality and the Un/Making of Blackness’, 2006. . . Raiford likens possessing the archive of that material to the old saying about holding a tiger by the tail: you can’t hold onto it, but you can’t let it go either. / What cannot be translated, what is lost in translation? What cannot be retrieved between the two readers, or other writers? Is the conversation between them, or between us?

Zane Zajančkauska's "Why does it bring such a joy?" was presented before live audience at the Posttheater in Arnhem on August 26th.