Anna Piroska Tóth: What can an aroma tell ? How to listen ? 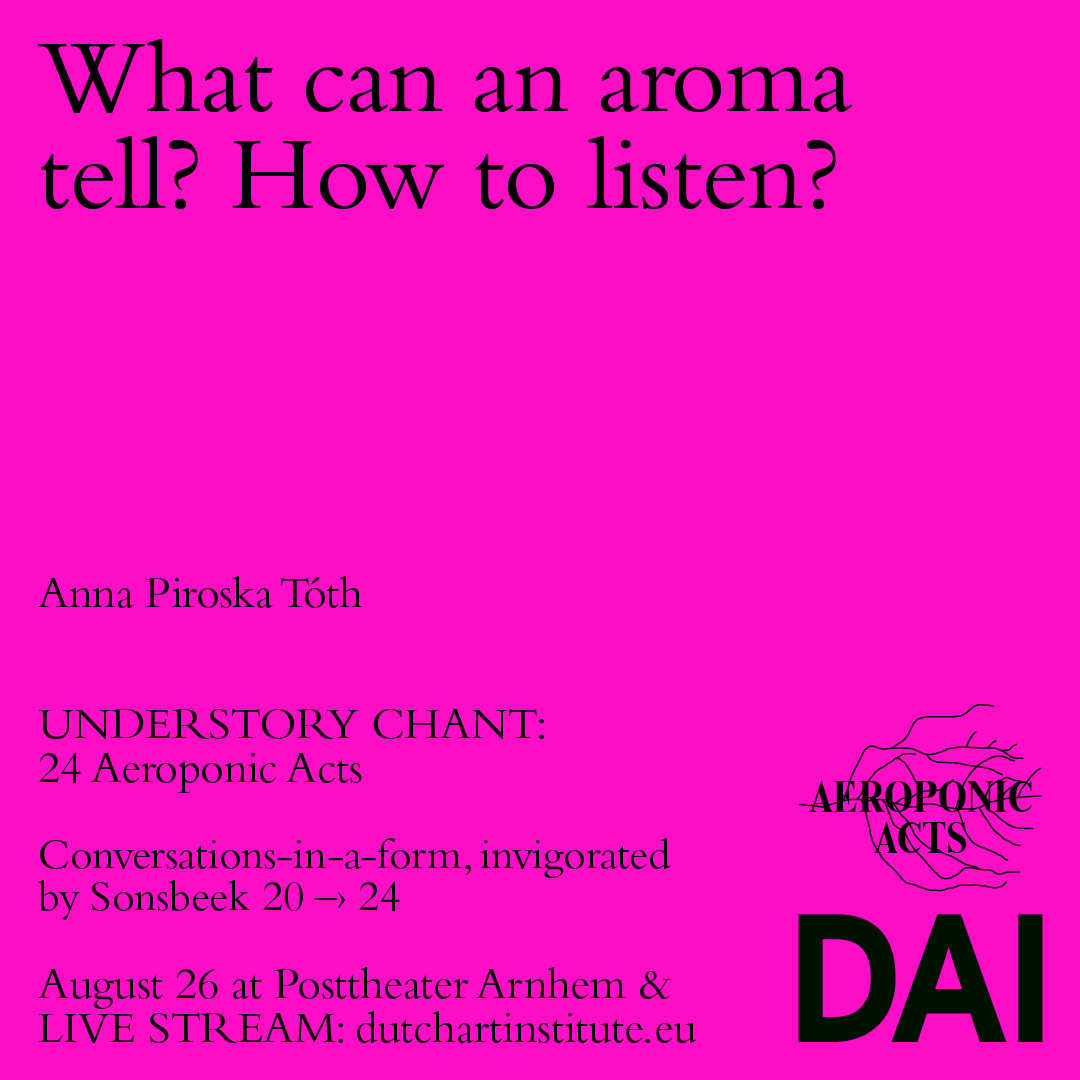 Here you will find the documentation of Anna Piroska Tóth's presentation as filmed by Baha Görkem Yalım, followed  by a written report, authored by Harun Morrison, which includes a summary of the spoken comments by esteemed guest respondents Barby Asante, Lisette Lagnado and Momtaza Mehri.

What can an aroma tell ? How to listen ?

Anna's question: What can an aroma tell ? How to listen ?

Dead seeds are resting in our bellies.

Seeds scratched out from their pods.

Potentials of life that will never become.

But those dead seeds still matter.

Flowing in our blood streams, they shoot through our foggy minds.

Will they attract bees ?

Harun's report: We are offered a spoon of something. We don’t know what it is beforehand. Those that accept recognise strong notes of vanilla. This gustatory  offering introduces us to Anna’s ongoing consideration of vanilla as a subject of research. Notably its synonymity with the banal and unoriginal and its omnipresence in flavours, in ice cream, syrups, hygiene products. The dismissiveness of ‘vanilla sex’ and so on. Anna talks on the hidden complexities of the plant, its history and economics. She draws together the etymological root of the plant, a sheath or pod, and its overlap with the word vagina - as well as that of that of species & spice. The text is also relayed through looped voice and humming, which in this case might speak of the multiple narratives to be explored in this overlooked plant.

Momtaza Mehri: “Smell Is the Last Memory to Go by Fatimah Asghar:  on my block, a gate / on my block, a tree smelling / of citrus & jasmine that knocks / me back into the arms of my dead mother.

So much death and destruction is associated with the trade and circulation of spices. I recall ending up in a market overwhelmed by the importance of certain spices. Caribbean philosophers and writers talk of learning about daffodils in school but not knowing their own local flora.

There’s also a rich history of smells to be shared beyond Europe. . . the East African tradition of women lighting Frankincense under their dress for example. Where would it take you to lean into a counter-history of these smells. We often notice smells when they’re oppressive, making vanilla interesting to focus on.

Barby Asante: I found myself wanting another layer,  perhaps more sensorial. I appreciated the discussion of coloniality and the movement of the seeds. It was an intriguing mix of the factual and the lyric… I’d be curious as to where your autobiographical relationship to vanilla might be brought in.

Lisette Lagnado: I read your work as an expanded poem in the space I was reminded of another poet.. Francis Ponge, born in 1899, known for a body of work dedicated to small things, everyday objects, such as his 1968 collection Soap.

Anna Piroska Tóth's "What can an aroma tell ? How to listen ?" was presented before live audience at the Posttheater in Arnhem on August 26th.