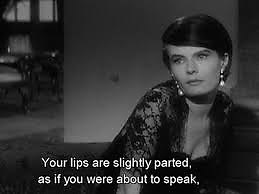 "Underwritten by Shadows Still" is a film composed of subtitled photograms drawn from a wide range of films and accompanied by an electronic soundtrack containing sound samples that originate from spaces between voices. As the succession of subtitled stills passes before our eyes, a soundless voice begins to speak through the words printed on the images, forming a discourse that links them together, while gathering the characters into a dispersed community of ghostly apparitions. The narrative that traverses them soon begins to bifurcate into other lines, other voices which are no more than underwritten shadows yet which speak to us and to each other of their imprisonment, their desire to live, their dreams of escape.