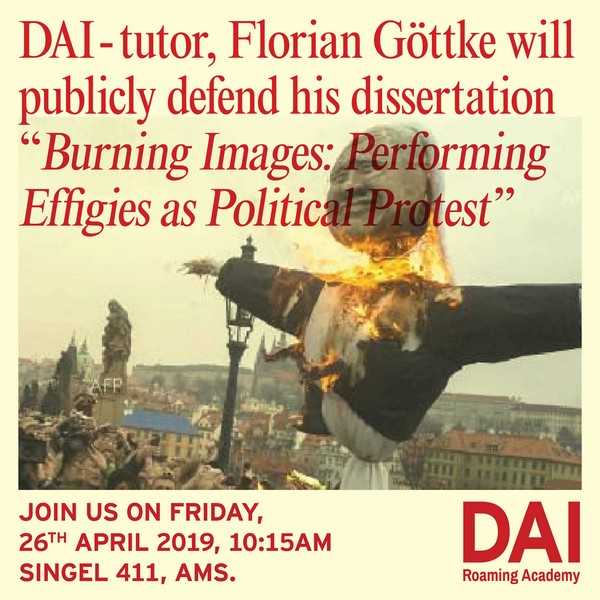 Join us in Amsterdam for a spirited gathering !

After many years of intense, fruitful collaboration and knowledge sharing, the DAI is thrilled to announce that DAI-tutor and co-ordinator of our module How To Do Things With Theory (soon to be Dr.) Florian Göttke will publicly defend his PhD dissertation Burning Images: Performing Effigies as Political Protest on Friday 26 April 2019.We are happy to mention that among the members of the Doctorate Committee DAI's Dr. Hypatia Vourloumis is to be found.

The defense is followed by a reception.

The research investigates a specific theatrical form of political protest: the hanging and burning of effigies. It is a widely known form of protest, since the production of affective images for distribution in the news media is essential to the practice. Collecting these images and reports provided the material for the research. Beginning with a close reading, Florian Göttke ordered the images according to various criteria: geography, chronology, motifs, themes and associations and arranged them into assemblages that make the relations between images visible and legible. As tools for the research, these image assemblages direct the inquiry into different disciplines (history, art history, anthropology, performance studies, photography theory, iconology, image studies, and political philosophy), bridging documentary and discursive modes of artistic practice with academic research. The images assemblages—in this dissertation arranged parallel to the text—are also integral part of his argumentation. This trans-disciplinary approach, Göttke argues, makes it possible to comprehensibly assess the effigy protest practice in a single study.

Effigy hanging and burning has become increasingly visible in the news media since 2001 particularly in protests against United States military operations in Afghanistan and Iraq, in US domestic politics and in the Arab Spring. Taking these recent events as points of departure, Florian Göttke investigates the conditions of this visual genre of protest, its roots and genealogies in a number of countries, its aesthetics and politics. Hanging and burning effigies is an archaic and ritualistic form of protest, yet is effectively communicated by global news media to access trans-national public spheres. As an indicator of injustice and violence it is a symptom of fundamental conflicts at the internal and external limits of modern liberal democracy. 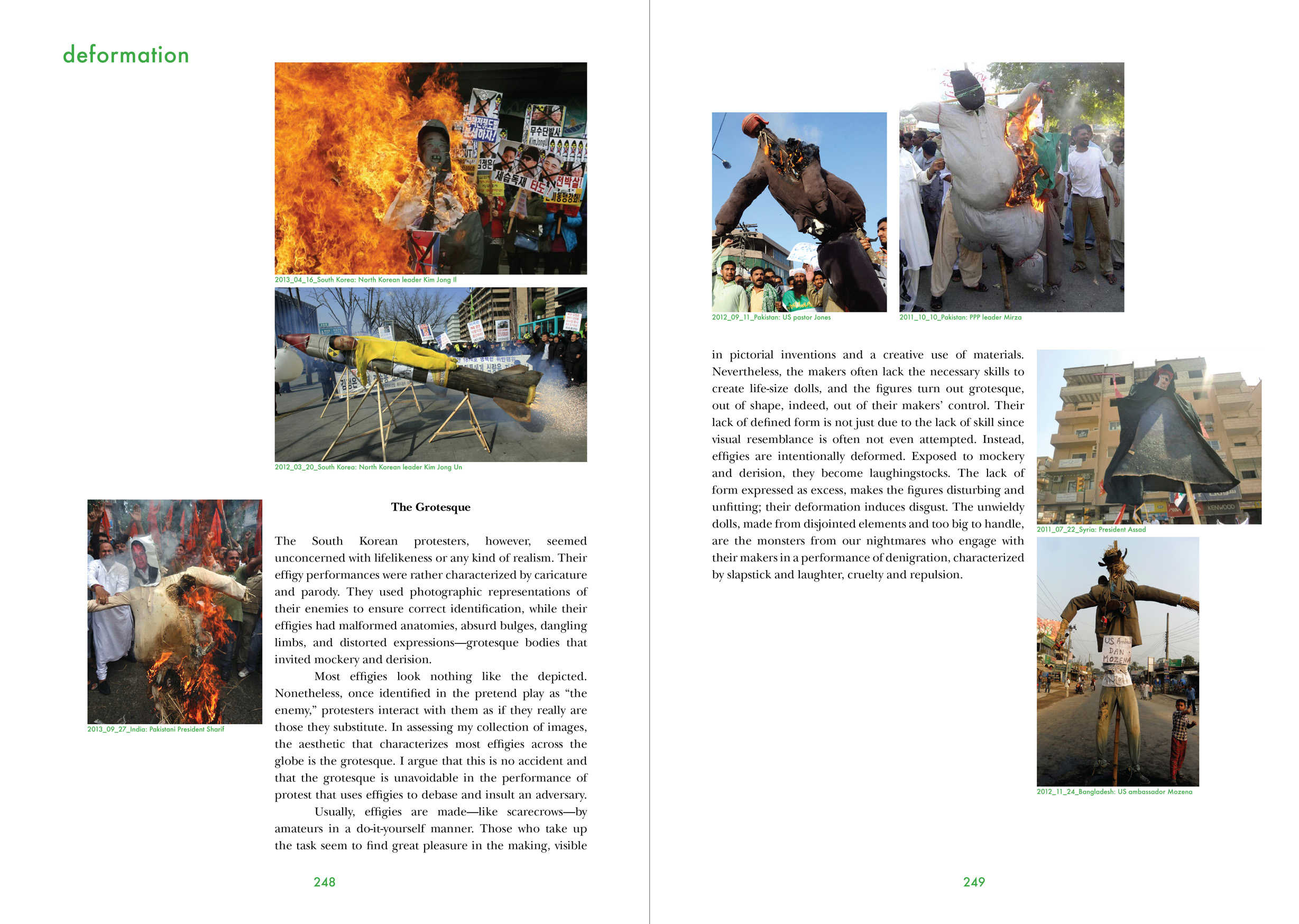 How To Do Things With Theory

DAI's artistic director and head of program, Gabriëlle Schleijpen has been involved as external promoter from the very beginning of this DAI supported research trajectory and was present during most of the sessions at the University of Amsterdam with Florian Göttke's official promoters, Prof. Dr. Frank van Vree and Prof. Dr. Christa-Maria Lerm Hayes.