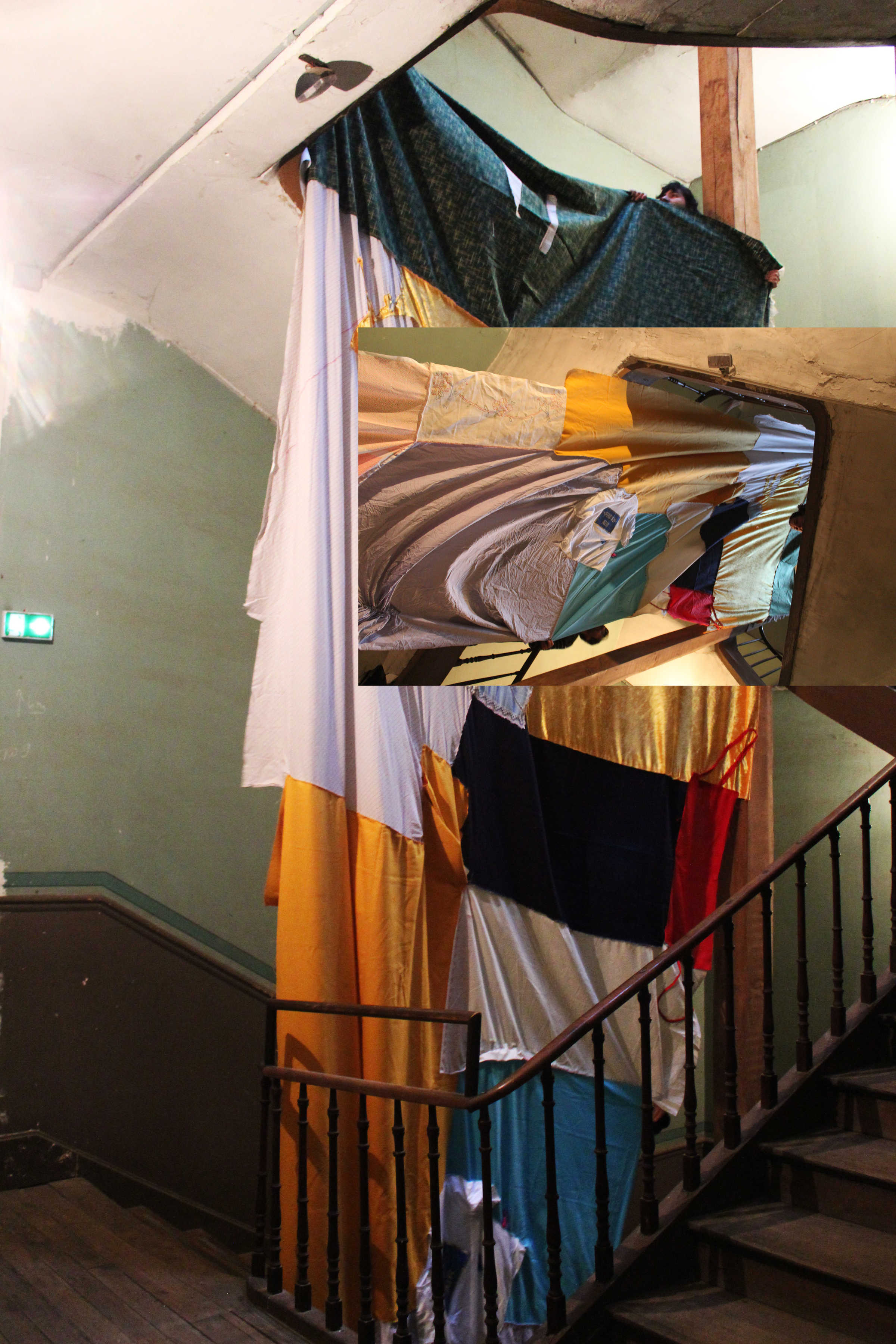 Everyone brought a piece of cloth, as we were stitching, we were talking, working, discussing, writing, reading texts. We also did and watched presentations of each other's practice. 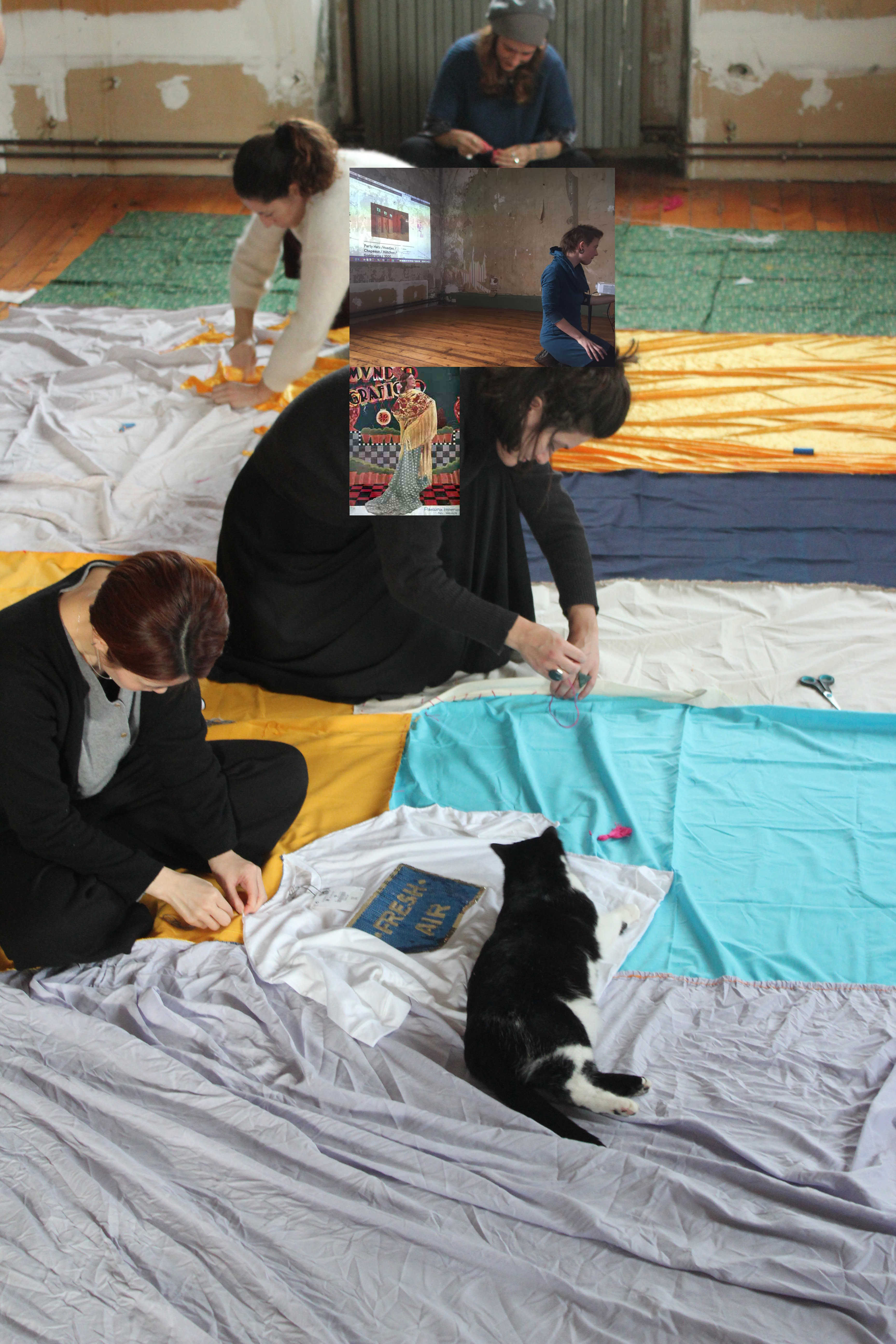 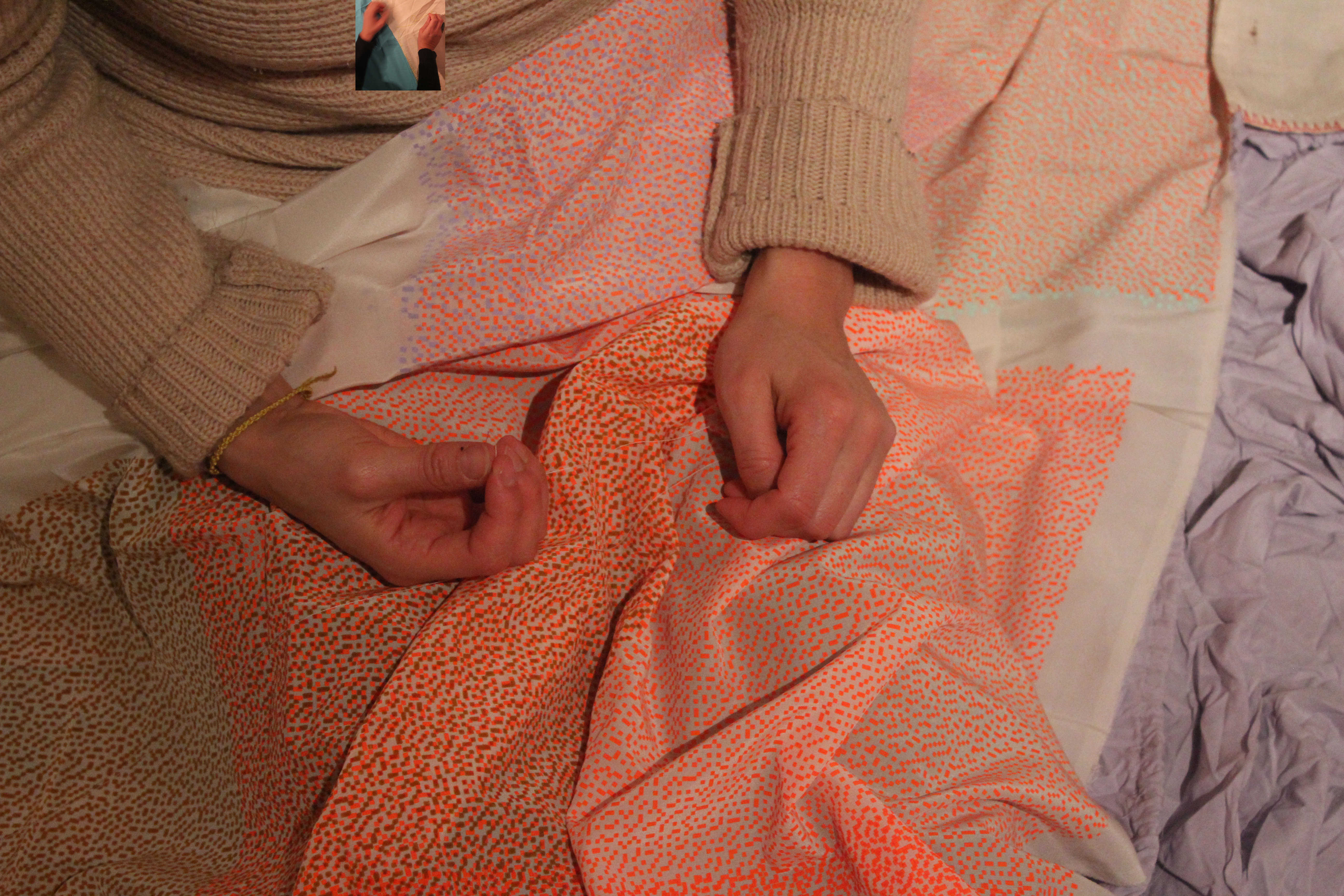 We installed the textile piece in different places in the building of Performance Art Forum. We were working on sentences for the flamenco dancer Javiera de la Fuente who will dance letters of the alphabet during The Roaming Assembly in March. These sentences were based on the text of the Situationisten Internationale (On the Poverty of Student Life considered in its economic, political, psychological, sexual, and particularly intellectual aspects, and a modest proposal for its remedy) 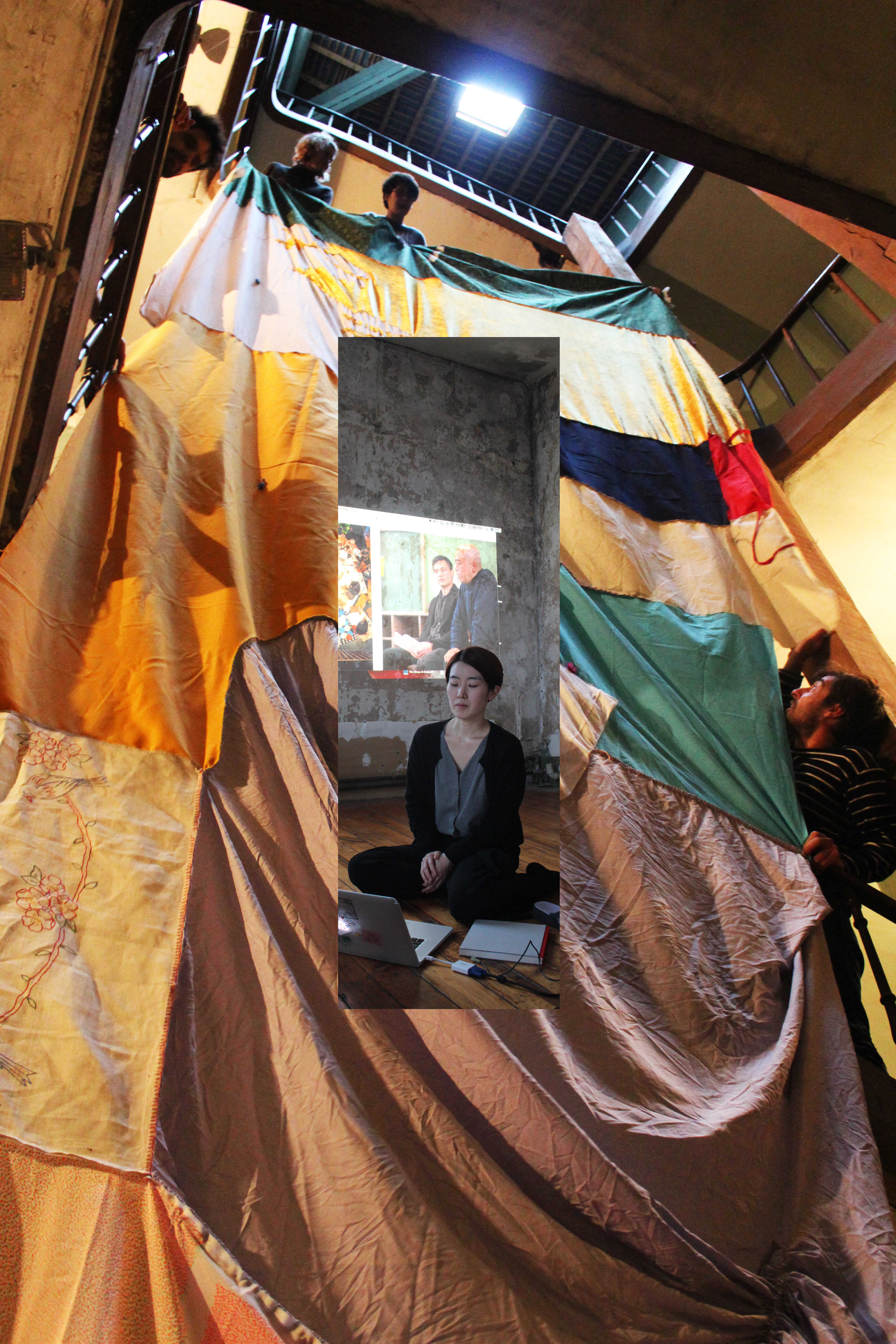 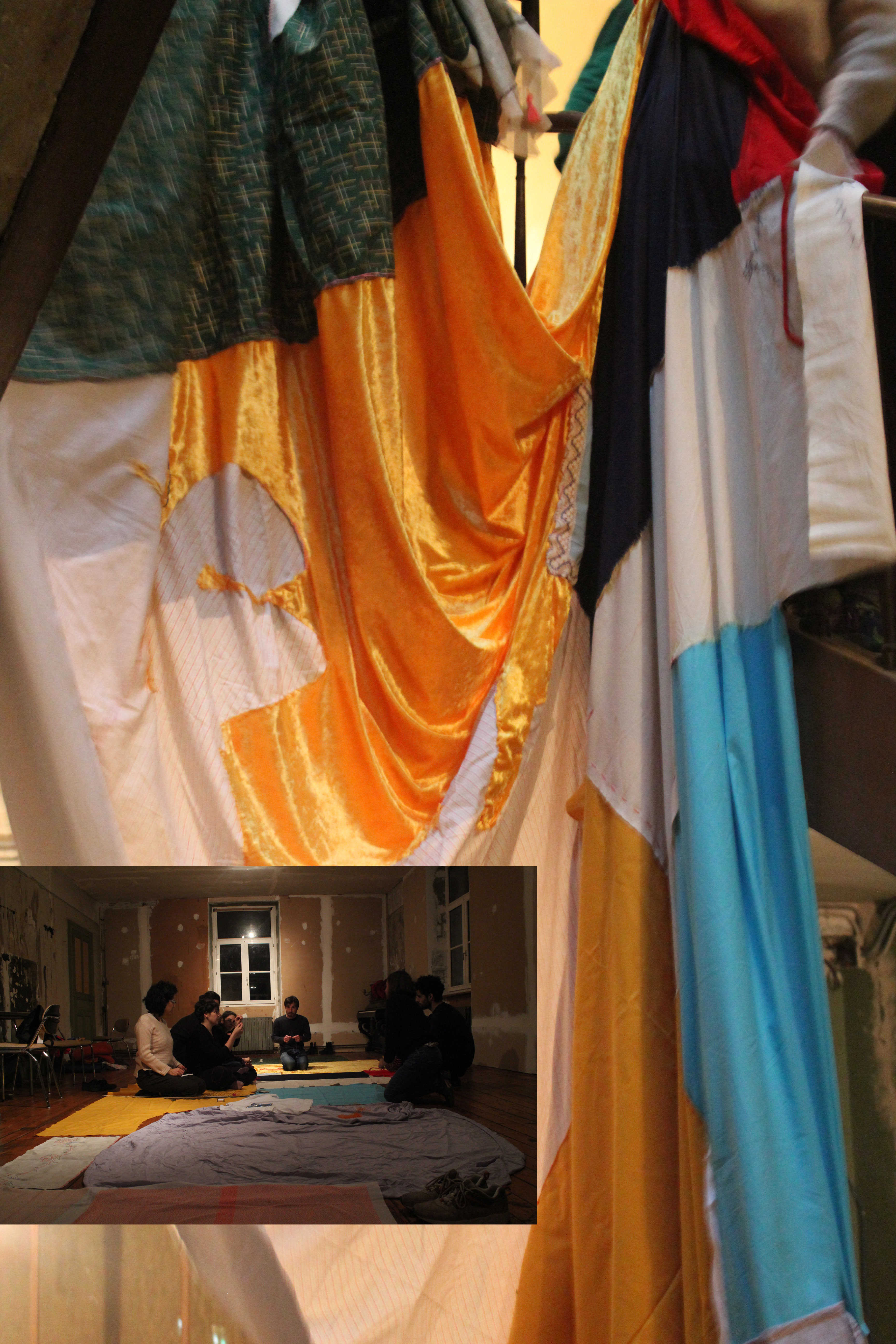 Gavin Everall: “The Game: An Interview with Michèle Bernstein, novelist and founding member of the Situationist International” Frieze, September 2013.

BACK TO The Factory: The Art's Room. 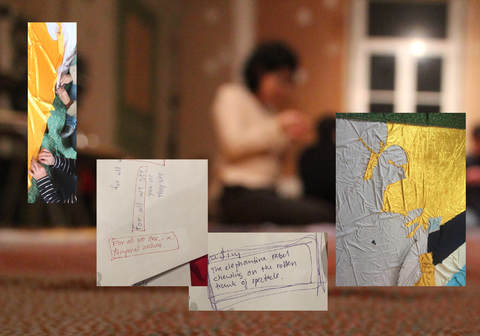 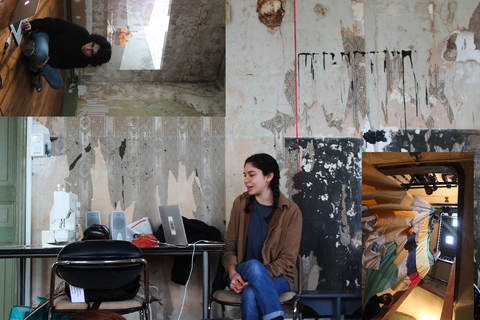 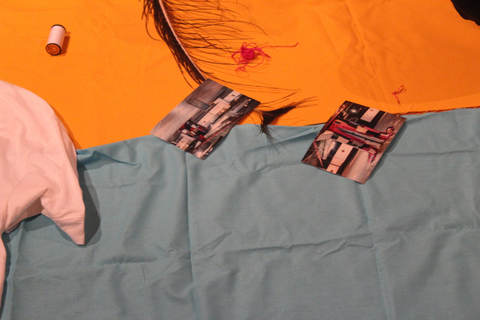 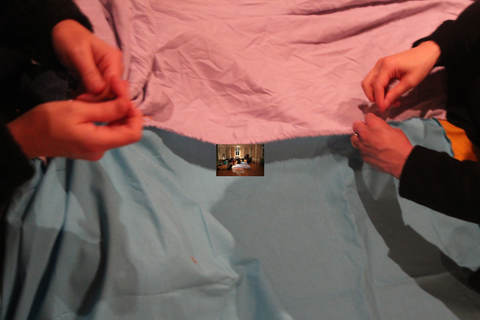 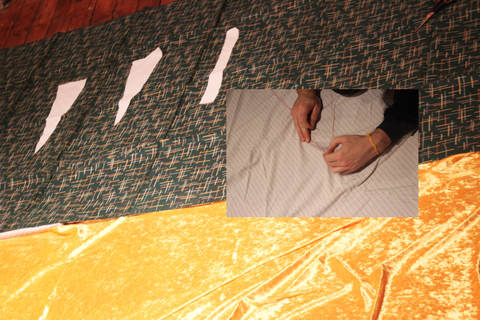 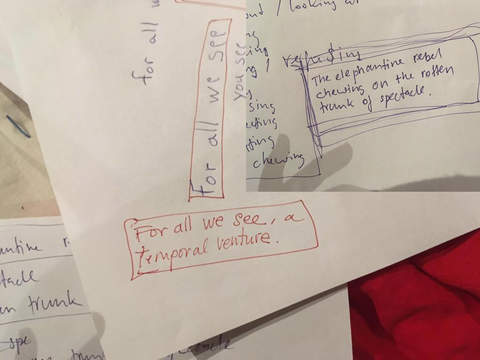