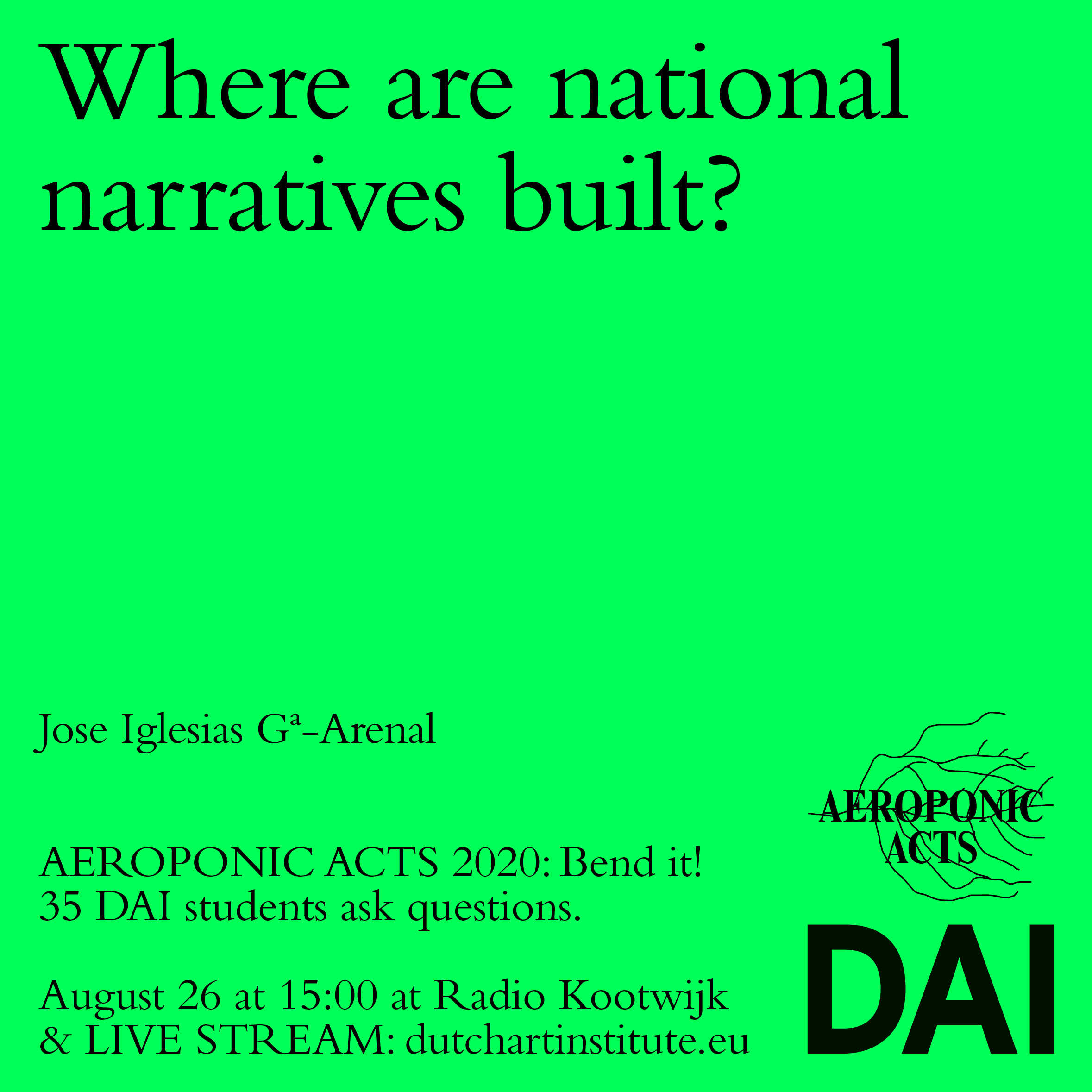 Here you will find the documentation of Jose Iglesias Gª-Arenal's presentation as filmed by Baha Görkem Yalım. The written report is by Bethany Crawford and it includes a summary of the comments by esteemed guest respondents.

Jose's introduction: To hide the massacre on which this land was founded, they had to destroy all the soil and the mountains, mining, liquefying, lixiviating ground and bodies…. transforming them into a monument. Only a trace remains, an empty scar. They killed for ten generations.

Bethany's report: The moving-image work traces the history of the violent colonization of the Iberian area of Spain through farm occupations, land reformations and the exploitation of natural resources. The artist articulates the absorption of these traumas into the land and inhabitants through spoken text, image and sound encapsulating modernity’s aggressive supremacy over the natural landscape. Iglesias Gª-Arenal cites colonialism as monument, noting, ‘there is no monument without a scar’. The paradoxes of ‘reproduction’ within colonial and capitalist reproduction, simultaneously renders land infertile and time static under the weight of unresolved trauma.

Flavia Dzodan enjoyed the film, and felt the artist’s question, ‘Where are national narratives built?’ was implicit within it. National narratives are built in the colonies and brought back home, she said: Columbus in the Americas; the Netherlands police, formed in Suriname and brought back as a successful mechanism of racial profiling and class oppression; the US police force in which originally any white person could be deputized to harass black people and POC. The narratives are reproduced such that the colonial system is applied domestically. The methodologies of colonialism highlighted in the film were tried and tested in Morocco and the Latin American colonies, added Dzodan, noting Franco’s perfecting of the militarization of civil society and the technologies of mass genocide, such as those used in the holocaust, first used in Namibia and other German colonies where testing of eugenics and population control took place. ‘National narratives are always built against an “other”,’ she said. ‘Without the presence of the “other”, that constructs our identity, there would be very little left.’ This is the bigger project of defining ourselves in regard to others without a fiction. This film reflected incredibly well how national narratives are built paradoxically elsewhere, as a fictional mirror to reflect itself the crusades, concluded Dzodan.

For Ana Teixeira Pinto, the fascinating film that looked into internal colonization brought to mind Portugal, where the northern population was given a share of land ownership forcibly taken from the southern population, and the over-represented northern ethnicity rules the country. She also thought of Ireland, patient zero of the British empire, and how patient zeroes started within nation-states are exported to the colonies. The film’s attention to concrete in relation to Franco era building speculation interested Teixeira Pinto, who remarked on how fascism’s investment in financial speculation and industro-capitalism always has a racial dimension. Who gets to own these new apartment blocks on land that belonged to the people who were slaughtered?, she asked.

Amal Alhaag thought it was interesting, and agreed with Dzodan’s proposition on attached border politics. The formation of the colonial methodologies of slavery, as a four-century-long project intensified the colonial project with borders, elsewhere and internally. She thought the artist nicely collapsed the sentiments of the dictatorships with colonialism, two sides of the same coin with the same tools. She questioned the border and the end of the world, being in the interior versus the bordering piece of land, left aside. Roaming as a method to process the sound interested her, and what it means to listen to what our national narratives build, and how you trace instead of listen. What does it mean to bring an embodied listening to it? What does it mean for us to perform and embody these borders, as sites or landscapes where the nations are built? What does it mean to use the privileges of citizenship as the apparatus of the violent system? What does it mean to abolish? It means almost to disregard the question.