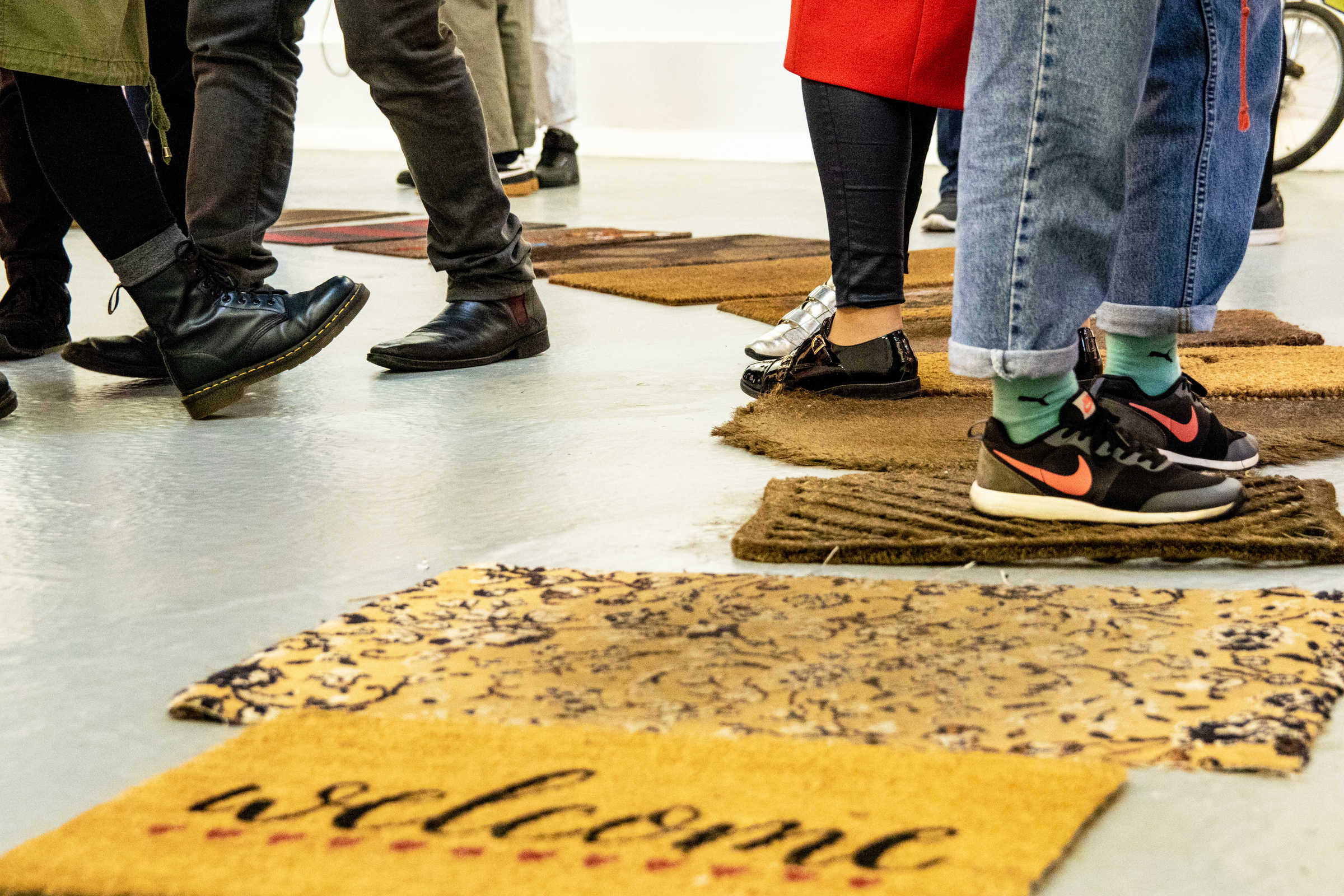 Harun is the co-founder of the London-based collective They Are Here with Helen Walker. Their artworks manifest through the research and testing of the spatial, speculative and / or historical context of a site with the input of various collaborators. In doing so they continuously explore ‘group dynamics, divisions of authorship, and the effects of temporary engagements with practitioners of other disciplines’. Recent commissions include the performance 40 Temps, 8 Day (2017) at Tate Modern exploring the gig economy, the landscape design of a community garden in Dagenham, East London and Laughing Matter (2018) at Studio Voltaire, a leading not-for-profit contemporary art institution based in London. Laughing Matter opened the gallery to its locality over an extended period of time; a deeply engaged interaction with Lambeth residents that, in words of curator Laura Harford, constituted ‘a period of research, events and social situations that led to a long-term project working with activist groups to explore humour as a means of addressing social issues’, culminating in the conversion of the gallery into a stand-up comedy club. With a MA in Critical Writing (Chelsea College of Art & Design), Harun is extending his personal research concerning the tensions between alternative-modes of living and urban infrastructure in the critical and discursive environment of the DAI.