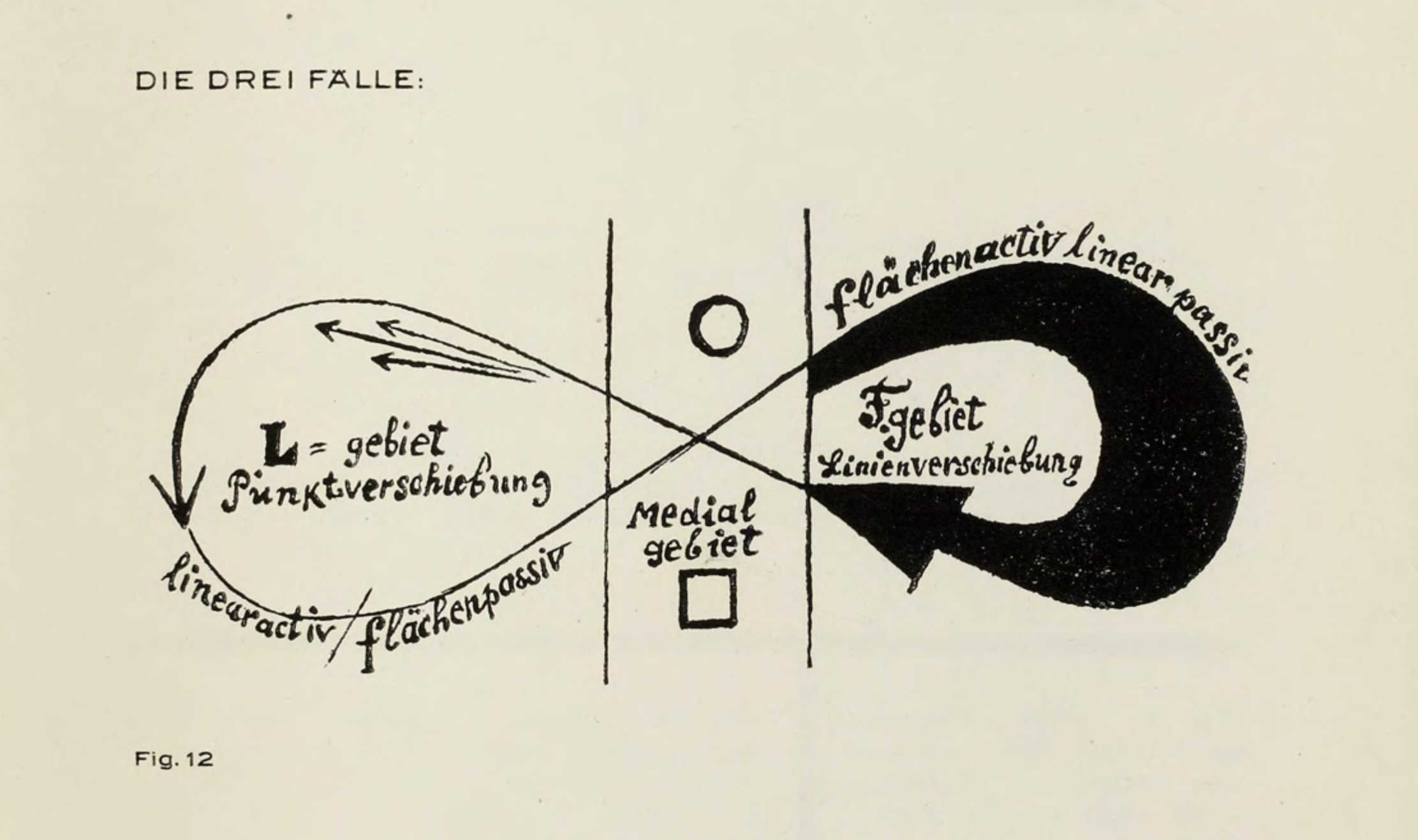 Frontiers and Mediality: The S/O Function - from month to month

In his teachings at the Bauhaus, Paul Klee used the term “Medialgebiet” or “medial area”, to describe how positive and negative, active and passive elements interact within the visual field. In this seminar, we will look not only at what happens within pictures, but also at the “medial area” in the encounter between artwork and viewer. Carl Einstein’s theory of art from the interwar years will be another reference, especially his formula of an “S/O function” or subject/object function, which designates the reciprocal emergence and transformation of subject and object in processes of (artistic) formalization.

Both “medial area” and “S/O function” are conceptual tools that will allows us to critically reflect on conflicted ontologies of art, theories of the production of subjectivity and the political significance of attempts at surmounting metaphysical dualism throughout the 20th century. How can we conceive of the immanence of the relational vis-a-vis the violence of modern frontiers and the need for critical differences and distinctions? In approaching these questions, we will draw on philosophies of art as well as theories of media and mimesis, evolutionary and anthropological narratives, contemporary discourses of ecology and technology, and artistic and curatorial practice.

Spyros Papapetros, On the Animation of the Inorganic, University of Chicago Press, 2012