• 30​ September • Akademie der Künste der Welt presents FLORAPHILIA, BOTANICAL GARDEN AS A COLONIAL SITE - with amongst others, a performance by Yoeri Guépin (DAI, 2013). This symposium is connected with the exhibition FLORAPHILIA. PLANTS AS ARCHIVES curated by Aneta Rostkowska. 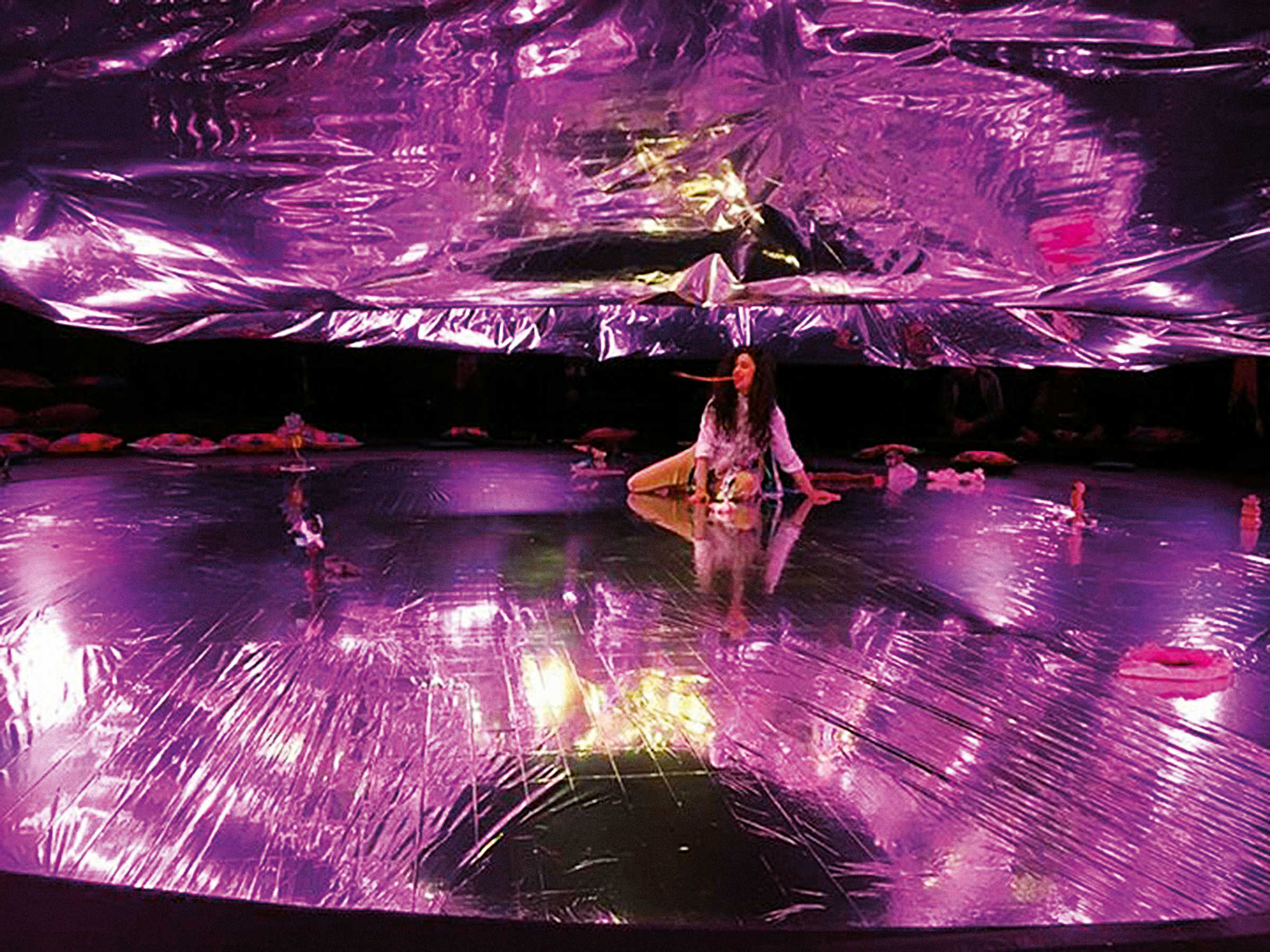 This symposium of the Academy project Floraphilia: On the Interrelations of the Plant World, Botany and Colonialism takes place at the Flora building, a palace-like conservatory made of cast iron and glass built in 1864. The design of the building by Cologne architects Max Nohl and Joseph Felten was modelled on the Crystal Palace in London and the Jardin des Plantes in Paris. In a setting appropriate to the topic of the event, artists and scholars of various disciplines expand on the theme of the exhibition at Academyspace from historical, aesthetic and philosophical perspectives. Botanical gardens collected not just rare and beautiful plants for study and display, but also specialized in cultivating crops that were decisive in European settlement in tropical regions. Government subsidies supported scientific research, and botanical gardens repaid these national investments many times over in the form of new plantations and improved yields in the colonies.

Specific reference to Cologne and its environs plays a special role in the symposium. Closing the event is the performance The Jaguar and the Snake – Endangered Human Movements Vol. 3 by AMANDA PIÑA, which imagines new spaces in which to experience plants, animals and people.

MARIANNE BECHHAUS-GERST is professor of African studies at the University of Cologne. Topics of her research include the history of people of African descent in Germany and German colonial history. In addition, she works as a curator and is chair of the KopfWeltenassociation, a local history project that critically engages with the colonial and neo-colonial history of Cologne.

The artistic practice of YOERI GUÉPIN comprises installations, (lecture/) performances and collaborative research projects in which various archival material is recontextualised. His work has been exhibited at ENSAPC YGREC in Paris, at Ormston House in Limerick and at TENT Rotterdam. He has also given lectures at various institutions.

Historian KATJA KAISER conducts research in the areas of colonial history, museum and exhibition history as well as gender studies. Currently she works for a research project at the Centre of Natural History, Hamburg; she previously worked as research associate at the German Historical Museum in Berlin. There, among other things, she took part in the exhibition project German Colonialism: Fragments Past and Present (2016).

AMANDA PIÑA is a choreographer and dancer. Her works address the mechanisms of exclusion and employ non-Western cultural perspectives in contemporary performance. Since 2005, she has collaborated with visual artist and filmmaker Daniel Zimmermann under the label nadaproductions. Their collaborative production WAR – ein Kriegstanz (2013) attained international attention. Amanda Piña lives in Vienna.

SHELA SHEIKH is a lecturer and convenor of Postcolonial Culture and Global Policy as well as Cultural Studies at Goldsmiths, University of London. Previously she was research fellow and publications coordinator on the project Forensic Architecture, which was funded by the European Research Council. Recently she co-edited the book Uriel Orlow: Theatrum Botanicum (with Uriel Orlow).

MARK VON SCHLEGELL is a science fiction author and cultural critic. His publications include, among others, the novels Venusia (Semiotext(e) / Native Agents 2005), Mercury Station (2009) and Sundogz (2015, both at Semiotext(e) / Native Agents). In addition he has written various theoretical works, including Realometer: Amerikanische Romantik (Merve 2009) and Dreaming the Mainstream (Merve 2013). Mark von Schlegell lives in Cologne.

The symposium connects with the exhibition