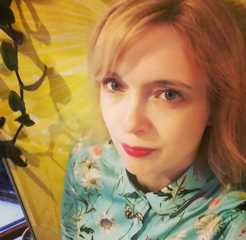 Aneta Rostkowska is a curator, researcher and writer, a graduate of de Appel Curatorial Programme in Amsterdam. She is a co-founder of initiatives dedicated to the current socio-economic situation and the city of Kraków, of which artistic projects form an important part (i.e. after capitalism, Salt, Urban Project). Together with Jakub Woynarowski, she developed the concept of ‘gonzo curating’, a creative practice conceived as a process of appropriation of any phenomena by means of constructing a semi-fictional narrative around it. An example of ‚gonzo curating’ is a fictitious institution they founded – Wawel Castle Centre of Contemporary Art.

Rostkowska studied philosophy, economics and art history in Kraków, Poznań, Heidelberg and Frankfurt am Main. From 2005 to 2016 she taught art theory, art history, philosophy and logic at the Jagiellonian University in Kraków, Jan Matejko Academy of Fine Arts in Kraków and Art Academy of Szczecin. From 2011 to 2016 she worked as a curator at Bunkier Sztuki Gallery of Contemporary Art in Kraków. In 2013, together with Martyna Niedośpiał, she edited a book on the interrelations between art, activism and ecology based on the works of Kraków’s activist artist Cecylia Malik. In 2014 she received a Young Poland scholarship of Polish Ministry of Culture and National Heritage. In 2015, together with Virginija Januškevičiūtė, she curated A Million Lines, an exhibition based on a short story of China Miéville, a part of XII Baltic Triennale, accompanied by a Polish translation of Kristupas Sabolius’ book Proteus and the Radical Imaginary. Since 2016 Rostkowska is working at the Academy of the Arts of the World in Cologne.