Through the time and space, matters and meanings reconfigured in our gathering, this sixth roaming assembly intra-acted with and from within the Sonsbeek art festival located in Arnhem, curated by Indonesian Jakarta-based art collective ruangrupa. Their curatorial notion, theme and practices of “trans-action” converse here with Karen Barad’s notion of “intra-action” (beings, actions, entities do not exist before/outside relation) and generates a neologism such as “trans-colonialism” as a way to think through the entanglement that is colonialism and coloniality; entanglements of ongoing duress and performativity of measurement, culture, meaning but also of matter, “ghostly matters,” in Avery Gordon’s words, or, “imperial debris and durabilities” in Ann Laura Stoler’s.

Assembling in artist Richard Bell’s Aboriginal Embassy – (“Aboriginal Art – It’s a White Thing”) we ask: “How do colonial histories matter to the urgencies and conditions of our current world? How have those histories so often been rendered as leftovers, as "legacies" of a dead past rather than as active and violating forces in the world today?” (Stoler 2016).

We thought through why and how coloniality matters as matter in the present, the relationship between meaning and materiality, why “the master’s tools will never dismantle the master’s house (Audre Lorde), and the practice and potentiality of new materialisms and agencies: the art of invention in existence and the invention of existence as art. 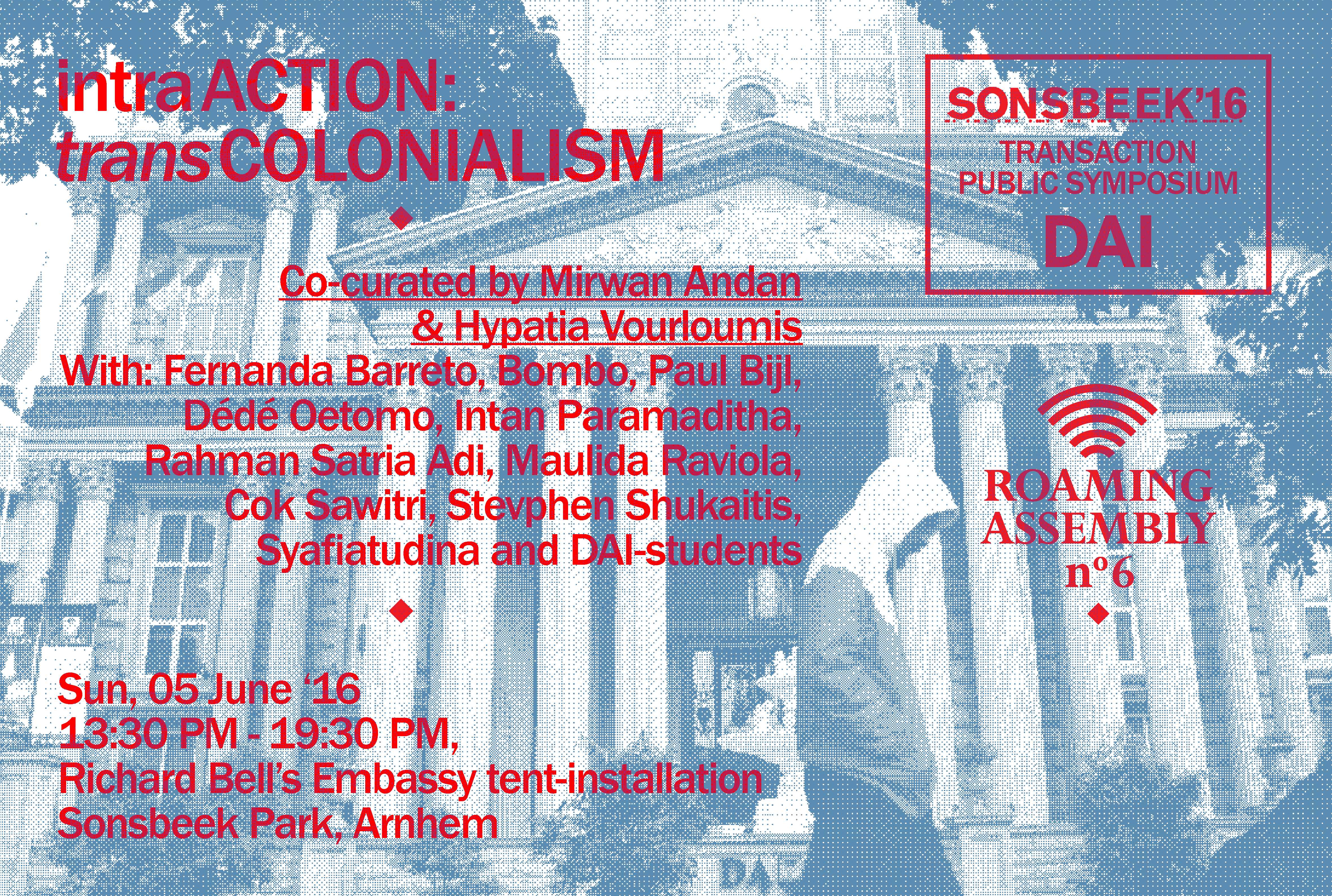