We are thrilled to share with you that "Rasheed Araeen: A Retrospective", the first comprehensive survey of the artist’s practice opens at the Van Abbemuseum on December 2. Spanning 60 years, it presents a body of work and critical approach that has had a profound influence on generations of artists, writers and thinkers. Curated by Nick Aikens, core tutor at DAI since 2012. 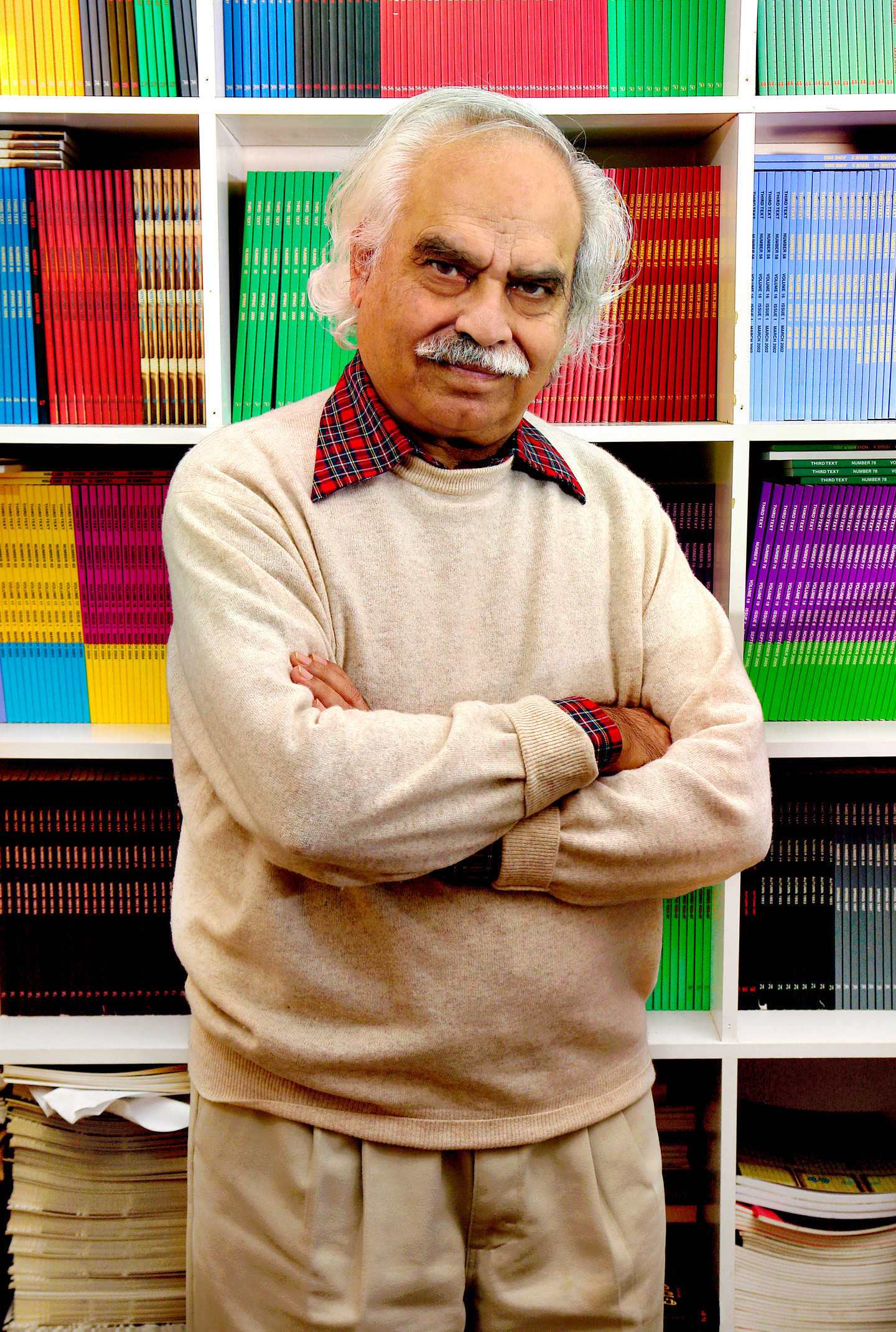 The exhibition is structured across five chapters, denoting different stages in what Araeen has termed the "journey" of his ideas. It opens with his early experiments in painting in Karachi in the 1950s and early '60s marking an important shift from representational image making to abstraction. Following this is a selection of his pioneering Minimalist sculptures, carried out after his arrival in London in 1964. Including drawings and original maquettes, the chapter reveals the manner in which Araeen was exploring the egalitarian properties of geometry and symmetry. By the late 1960s, as evidenced in happenings such as Chakras (1969), Araeen was exposing his work to the natural elements and human interaction, setting in motion the dynamics between symmetry and a-symmetry that he saw as a governing principle of the world.

Key pieces from the '70s and '80s will be presented following Araeen’s political awakening and his confrontation of a structurally racist Britain and an art establishment from which he was largely excluded. On display will be a new video work documenting his seminal 1977 performance ‘Paki Bastard’ (Portrait of an Artist as a Black Person) and the installation Holes in the Earth, presented for the first time since it was shown in London in 1975. The penultimate chapter reveals an artist bringing together his political and aesthetic sensibilities via arresting works such as Look Mama Macho (1984), not exhibited since it was included in Magiciens de la Terre (1989). A selection of his nine panel Cruciform works show Araeen combining his ongoing interest in geometry and abstraction with an explosive use of photomontage, realigning the perceived cultural, formal and political relationships between centre and periphery that has been the hallmark of Araeen’s critical investigations. Also in this chapter will be archival material relating to Araeen’s curatorial projects in the 1980s including the landmark exhibition The Other Story. Afro-Asian Artists in Post War Britain (1989). The exhibition closes with the artist’s recent geometric paintings and lattice reliefs, marking a reappraisal of abstraction away from Europe and America in the twentieth century to Islamic centres in the eighth, ninth and tenth centuries.

Situated at the centre of the exhibition Araeen’s Reading Room (2017) presents the issues of Third Textproduced under his founding and editorship (1987–2011) alongside conceptual diagrams central to the ground-breaking proposals put forward in his 2010 publication Art Beyond Art. Ecoaesthetics. A Manifesto for Art in the 21st Century. Together the objects, images and ideas Araeen offers us constitute an expanded artistic practice that in its scope, approach and ambition continues to challenge the formal, ideological and political assumptions of Eurocentric modernism.

Publication
A monograph, edited by Nick Aikens and published by JRP Ringier in collaboration with Van Abbemuseum, Musée d'art moderne et contemporain, Geneva; BALTIC Centre for Contemporary Art, Gateshead and Garage Museum of Contemporary Art, Moscow accompanies the exhibition. It includes a preface by Charles Esche, an introduction by Nick Aikens, new essays by Kate Fowle, Courtney Martin, Michael Newman, Gene Ray, Dominic Rhatz, John Roberts, Marcus du Sautoy, Zoe Sutherland and Kaelen Wilson-Goldie and an extensive conversation between Aikens and Araeen. The publication is designed by Bardhi Haliti. The book is structured around an inventory of over 500 works (1953–2017) with colour reproductions. It is generously supported by Aicon Gallery, Grosvenor Gallery and Rossi Rossi.

The exhibition is supported by Mondriaan Fund and Stichting Promotors Van Abbemuseum.