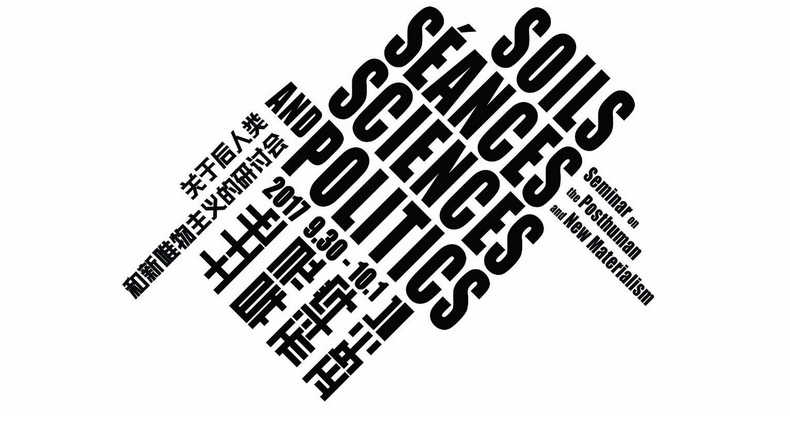 "Current economic, environmental, geopolitical, and technological developments and the capitalist exploitation of our resources have forced us humans to reconsider our actions and our relationship with our environments and among our co-beings. Rather than maintaining an entitled and arbitrary superiority, we need to rethink of ourselves as an embodied part of the world. Through mind-blowing sessions of lectures, performances, artists’ presentations, and screenings, we speculate on new possible futures, future-pasts, and alternative imaginaries. We consider how and why we need to rupture the linear narratives of Western modernism that are still dominating global art discourse and worldviews.

​New Materialism and posthuman/postanthropocentric theory-practices are emerging across several fields of inquiry, including philosophy, cultural theory, feminism, science studies, and the visual arts. They challenge the superiority of the human by emphasizing the role of nonhuman agents, such as plants, animals, or computers, or of social practices. They offer alternative perspectives to materiality, signification, and to knowledge production as practice. As transversal cultural theory, this enables fluid connections, travels, and conceptualization of nature and culture, matter and mind, body and soul, thinking and being in active theory formation, and new forms of authorship.

​New Materialism and posthuman/postanthropocentric theory-practices thus contest the individualism and dualisms of the Western modernist worldviews and aim to re-generate our holistic interrelationality. As such, they echo Chinese thought alongside with other Eastern monistic philosophies.

​With SSSP we gather to reflect on the almost magical heterogeneity and interconnectivity of earthly and cosmic conditions through a contemporary lens and transcultural perspectives. We will look into and discuss from diverse fields and practices, for example, how artistic work, entangled with myriad forms knowledge, might generate new thinking about matter and processes of materialization, and generate inclusive relationships among the human and the nonhuman. We will explore how these entanglements with other co-beings, entities, and things, in turn, might address pressing ethical and political challenges, and global and cosmic interrelationality and kinship."

This discursive and performative two day seminar will open up diverse topics relevant to Posthumanism and New Materialism such as, technology, ecology, sustainability, agency, and materiality. An international group of cultural and scientific practitioners, artists, curators, researchers, and theorists will gather to collectively reflect on these urgent issues with and through diverse art practices.