2017-2018 HTDTWT Seminar Rachel O'Reilly: On the Limits of the Writerly: Dramaturgical stakes in Capitalo(s)cene(s) ~ 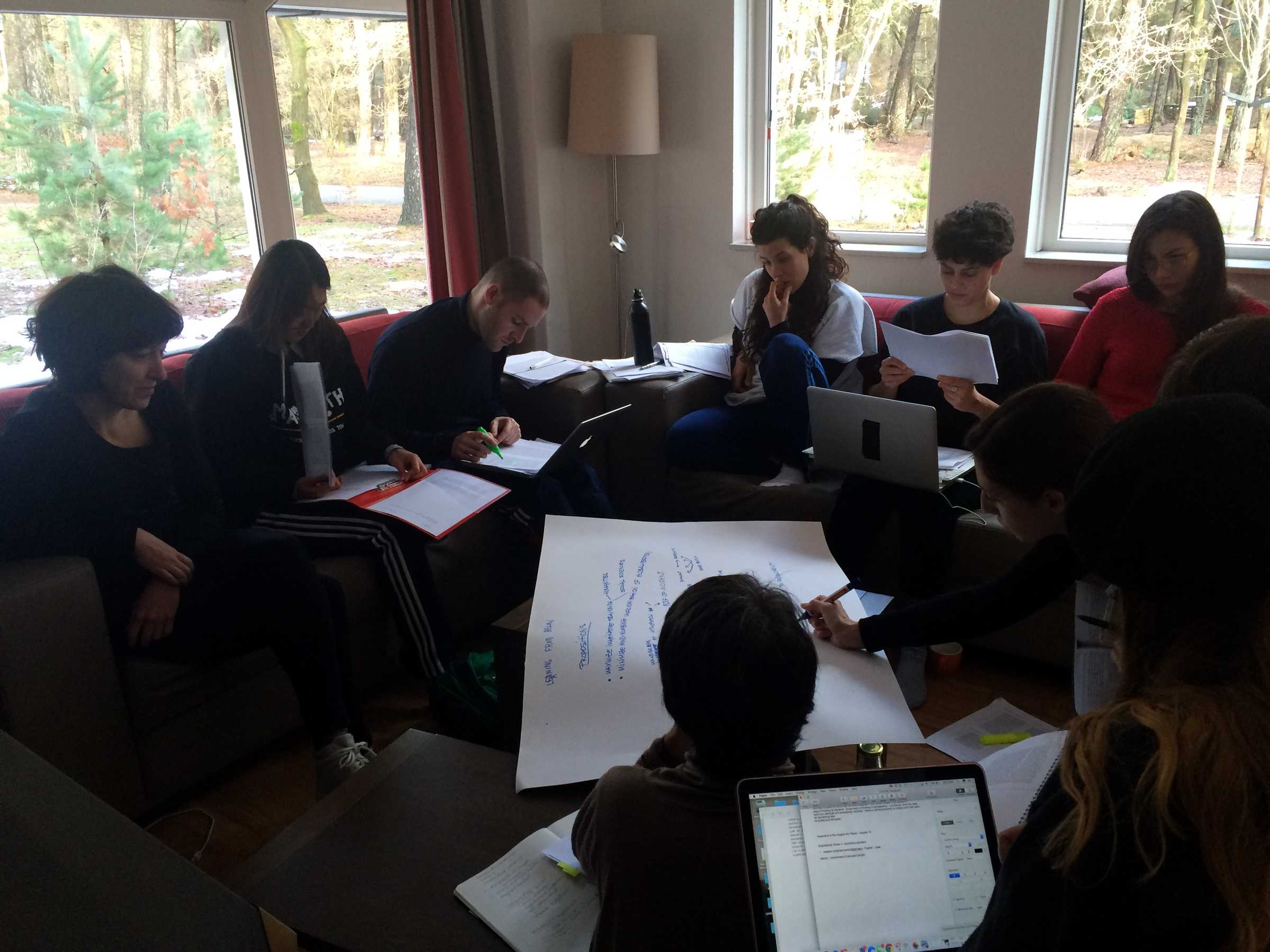 SEMINARS FROM MONTH TO MONTH

On the Limits of the Writerly: Dramaturgical stakes in Capitalo(s)cene(s)

“We survive as a species only insofar as second nature respects the overriding constraints imposed upon it by first nature. From this nature, although it is always historically mediated, we can never, nor will ever, escape.” - István Mészáros

“On the one hand, humour allows us to play with our abstractions and avoid the risks associated with deferring to them with great seriousness. On the other, it is dramatisation that permits the heightening of that which makes a difference to the actualisation of something that might just be possible.” - Isabelle Stengers

At the Limits of the Writerly, now in its third year as a theory class at DAI, addresses artistic and theoretical writing’s relationship to its own abling and disabling infrastructures and apparatuses. In other words, the class aims to situate our comprehension of the aesthetic, informatic, and affective experience of the poetic voice within specific technocultural, historical conditions and social relations. It persistently pays attention to the coloniality of power/form, and hegemonies of linguistic norms, while bearing in mind Spivak’s proviso on the very different striations of capital/data vs culture—the latter always involving technics and ‘globalisable’ tendencies, but never scaling the globe in practice, and ever capable of re-organisation.

“Colony” comes from the Latin word colonus, meaning farmer; writing systems began with the need to communicate the accounting for and trade of crops. The root reminds us that the practice of colonialism as the beginning, modernity, and ongoingness of global capitalism involved the reorganisation (and negative valuation) of specific population’s inhuman entanglements and capacities for geo-systemic reproduction. Today, as not just cheap labour but the very mattering of the soil is becoming exhausted, amidst a whole slate of massively scaled neo-colonial land grabs and energy wars, the uni-formatted Anthropocene discourse at best makes sense of that hidden abode of rifted (re)production.

This year we will continue with the thread of the class that understood capitalism as a world-ecology that works in and through ‘nature’ and non-human systems (Moore), while drawing this insight more explicitly back into long-challenged universal art histories. We take from recent debates that ‘Contemporary Art’ has never approached ‘world art’; that provincialism has always been a problem for it (Smith), while progressive ‘globalisablity’ struggles when pursued through only waged labour or ‘identity’ (what Spivak called the necessity to be ‘supplementing Marx’, outside of the European teleology of ‘development’).

To tarry with this contemporary conjuncture differently to last year, we move our attention from the settler colonies, and the challenge that settler-indigenous contestations (both) pose to universal global art criteria, to the postcolonial theory archives navigating the Indian subcontinent’s entanglement with and distanciations from Empire. This is not to connote an alter-monolithic ‘area study’ but to think the globalisability of Art differently from a place where categories and reflexes of enlightenment philosophy, as well as radicalised Nation State-driven anti-colonial politics, including within geopolitical art histories, have been demonstrably deconstructed by key artists and thinkers. We will revisit the role of Gramsci’s linguistic theories in inspiring some of this work.

In terms of form, this year we address the ‘writerly’ through processes of dramatization, diagramming and New Archival practices (Deleuze and Stengers). The subheading of the class ‘Dramaturgies of Capitalo(s)cene(s)’ assumes that this attention to time and genre within an in-crisis world-ecology might help us grasp and relay stakes of contested knowledge and territory, ‘unimagined communities’ amidst the new land grabs of late capitalism and axiomatical global art.

The pedagogical delivery challenge of ‘How to Do Things with Theory’ is thus being addressed in these terms:

*What is being done to theory?

*“Will postcolonial theory ever travel?” (Spivak 1994)

A snapshot of the writings against themes used to address the issues:

Past and Present Colonialities of Power

Hegemony vs languaging beyond the Program: “Aesthetic Education” and the limits of Land

Spivak, G. An Aesthetic Education in the Era of Globalization. Cambridge, MA: Harvard UP, 2012.

Bratton, B. ‘Introduction’, ‘Earth Layer’ and ‘Address Layer’, in The Stack: On Software and Sovereignty, MIT Press, Cambridge 2015.

Note: As usual, these writings will be augmented by others and potentially also swapped as the class unfolds, dependent upon the knowledges held by the enrolled class.