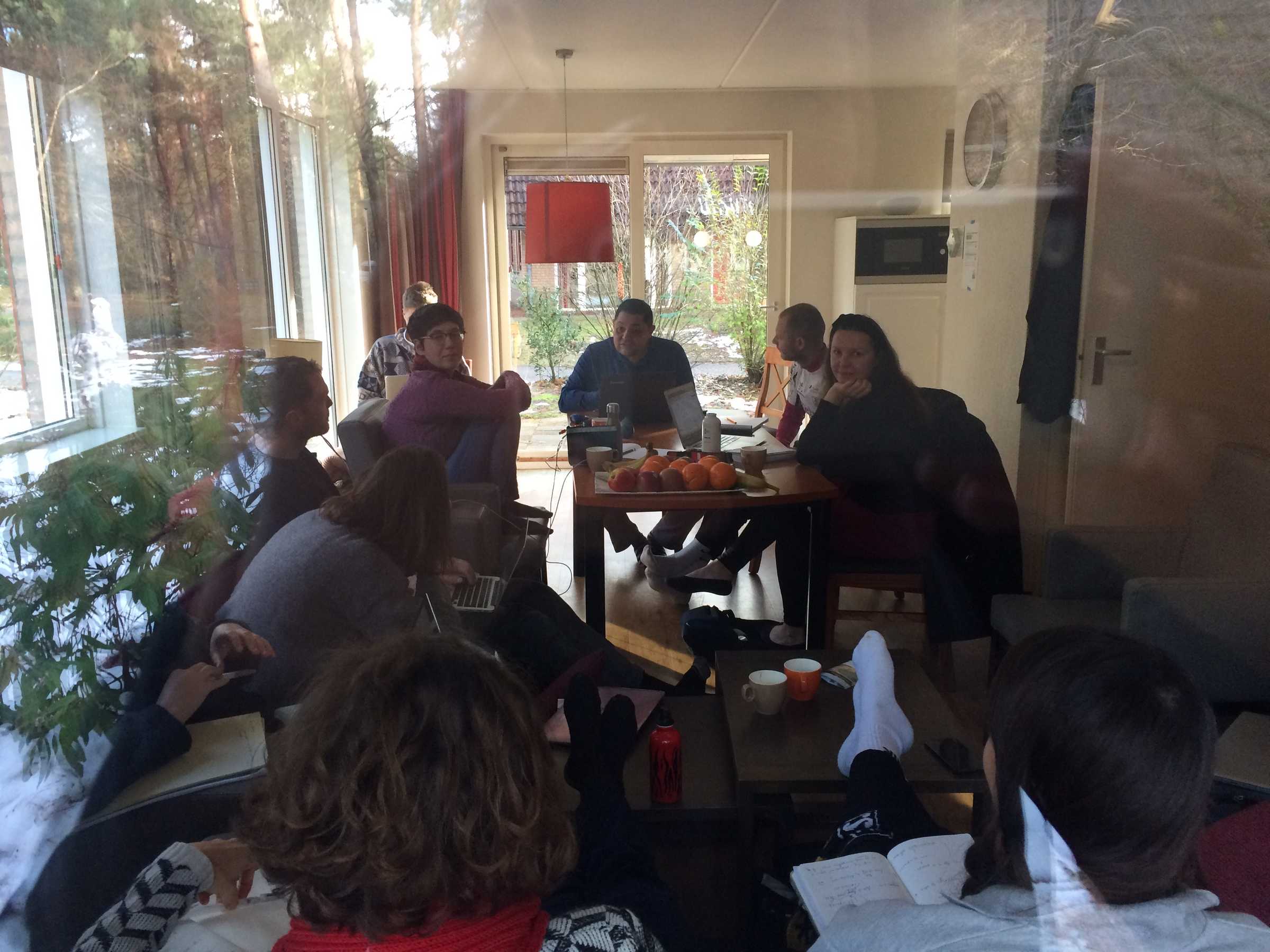 SEMINARS FROM MONTH TO MONTH.

This series of seminars continue from last year’s line of investigation and speculation on the notion of ‘intervention’. What constitutes a successful intervention in terms of social/political emancipation? How has intervention been thought theoretically and philosophically in the past 50 years or so? How is the concept of intervention that we use abundantly in art shaped by the economic concept of exchange and its understanding in political theory and philosophy? Such were the questions that were taken up in the 2016–17 academic year, in which we attempted to develop a genealogy tracing the recent historical trajectory of the notion of intervention in the expanded field of art practice back to its theoretical and philosophical roots. This was done with the aim of establishing how certain ideas of what intervention is have come to be fixed and stabilized. This fixity concerns what intervention is and what it ought to do, and how it identifies with the ideas of site, context and image. It also concerns what methodologies are behind interventionist ideas and the political ends and ideals that they move towards. To understand intervention the seminars located it at the intersection between philosophy, political theory and art.

The idea was not to assemble a detailed all-inclusive mapping but rather a speculative framework for how the notion of intervention has been shaped by the hegemony of ‘exchange value’ over life and theorizations around ‘the real’. Thus, the battle over the meaning of ‘real’ and its definition was mapped out, stressing how it has been shaped by anti-capitalist struggle in a historical period identified by what Marx called the ‘real subsumption’ of labour. The axises of the 2016-17 seminars rotated around where questions surrounding abstraction (the notion of Real Abstraction, the question: what is an abstract entity?), democracy (based on an understanding of ‘political realism’ as the acceptance of irresolvable antagonism and the questioning of the popular concept of ‘agonistic democracy’), agency and selfhood (how are we to understand human agency in an ever-increasing scientific framing of what a person is?), dialogue and social reasoning (can these concepts be reconfigured and approached differently within the expanded field of art and used to develop methodologies for our practices?).

Continuing to build on the work of Wilfrid Sellars and a host of Post-Sellarsian thinkers - from which the seminars attempt to sketch some alternative methodologies to approach intervention, abstraction, and the so-called crisis of democracy - this year’s seminars introduce this same framework from different angles.

There is an added emphasis on questions around self-entrepreneurship (Foucault’s idea that neoliberalism is a reconstruction of the human as an 'entrepreneur of himself, being for himself his own capital, being for himself his own producer, being for himself the source of his earnings.') and the higher level of real subsumption produced through the dominance of capitalist-driven algorithms over contemporary life. From this vantage point we will consider Parametricism, the architectural style that relies on algorithms to manipulate metric equations to produce new designs. What does it tell us about how intervention is thought today? Along this trajectory we will come across different ideas concerning ‘intervention’ in times of real subsumption, for example intervention as the rethinking of current democracy in the form of a fighting ground for overcoming neoliberalism through ‘radicalising democracy’ (Mouffe’s agonistic pluralism, its influence on art and a critique of her project). And, intervention as a process related to discussions around financial instruments or blockchain technologies within the extended field of art. Then there is intervention as the rethinking of the pluralism along the lines of new theorizations around dialogue (Johanna Seibt) and ‘radical intersubjectivity’ (James Trafford). And, examples of concepts that enable the rethinking of the ‘we’ in light of this techno-financialized status quo, an example of this would be the discussions around the notion of Prometheanism exemplified through the work of Ray Brassier, Alberto Toscano and others.