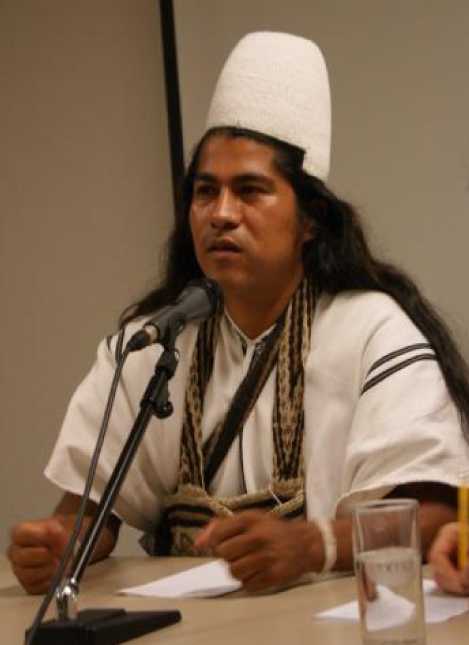 Through his work, Nawin Maku advocates for peace and dignity for the Indigenous cultures and seeks to recover and protect territories of indigenous reserves from exploitation by private businesses.