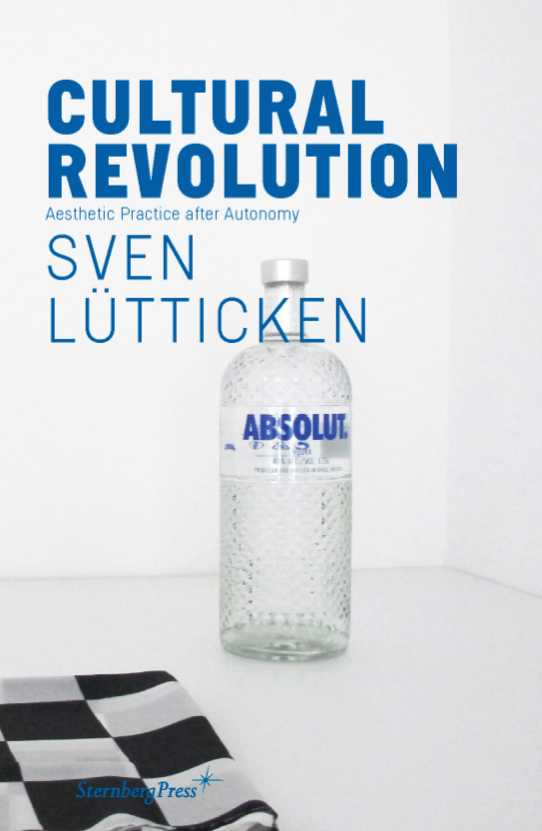 Today the term “culture war” is used almost as frequently as when James Davidson Hunter introduced it to refer to the culture wars of the 1980s and early 1990s. In his new collection of essays, Cultural Revolution: Aesthetic Practice after Autonomy, Sven Lütticken relates this notion back to an apparently obsolete concept, that of cultural revolution as a radical leftist project in the west. This project reached its peak in the late 1960s and 1970s and spawned conservative counter-movements even while participating in the structural overhaul of the economy that amounted a neoliberal cultural revolution: flexibilization and the rise of “cultural” labour. Written as the neoliberal era was morphing into the Trumpocene, the book examines forms of aesthetic practice beyond residually modern(ist) notions of artistic autonomy; practices whose relevance may be more acute than ever in the current crisis, in which strategies and tactics are in urgent need of reexamination.
After an introduction, Lütticken will discuss the book and its implications with Tony Wood, whose work has appeared in the London Review of Books, the Guardian, and n+1, among other publications. As an editor of New Left Review, Wood saw the original version of the title essay into print.
For more information, contact program@e-flux.com.

The discussion will also be streamed live